KYIV -Ukraine’s president called on the West to impose a blanket travel ban on Russians, an idea that has found support among some European states but angered Moscow, which pressed on with a fierce military offensive in eastern Ukraine.

President Volodymyr Zelenskiy’s idea looked likely to divide the European Union, where differences on how to deal with Moscow have long persisted between some eastern and western members.

Zelenskiy made his proposal in an interview with the Washington Post as Ukraine halted flows of Russian oil to some eastern European countries due to a sanctions-related payment issue.

Zelenskiy wants a one-year travel ban and the apparent expulsion of Russians living in the West so that they could live “in their own world until they change their philosophy.” He complained that sanctions imposed so far on Russia to punish it for invading his country on Feb. 24 were too weak.

“Whichever kind of Russian … make them go to Russia,” Zelenskiy was quoted as saying. “They’ll understand then. “They’ll say, ‘This (war) has nothing to do with us. The whole population can’t be held responsible, can it?’ It can.”

Zelenskiy was quoted as saying the ban should also extend to Russians who had fled since the start of the war in late February because they disagreed with President Vladimir Putin.

The Kremlin dismissed Zelenskiy’s words. “Any attempt to isolate Russia or Russians is a process that has no prospects,” said Kremlin spokesperson Dmitry Peskov.

Other Russian officials have questioned the legality of such restrictions, suggesting they would infringe Russians’ rights.

There was support from Estonian Prime Minister Kaja Kallas, who said she thought it was time for the EU to stop issuing visas to Russians. “Visiting #Europe is a privilege, not a human right,” Kallas tweeted.

Other countries which have traditionally enjoyed closer ties to Russia such as Hungary are, however, likely to oppose an EU ban. Moreover, the European Commission has questioned its feasibility, saying certain categories such as family members, journalists and dissidents should always be granted visas.

Meanwhile, U.S. President Joe Biden on Tuesday signed documents of Washington’s support for Finland and Sweden joining NATO, the most significant expansion of the military alliance since the 1990s and prompted by Russia’s invasion of Ukraine.

There were lingering concerns on Tuesday about the situation at the Russian-occupied Zaporizhzhia nuclear power plant, which Ukraine and Russia accused each other of shelling in recent days.

It was vital for the Kyiv government to regain control of the plant in time for winter, Petro Kotin, head of Ukraine’s state nuclear power firm Energoatom said in an interview with Reuters.

Last week’s Russian shelling had damaged three lines that connect the plant in southern Ukraine to the Ukrainian grid, he said. Russia wanted to connect the facility to its grid, Kotin said.

Both Ukraine and Russia have said they want technicians from the U.N.’s nuclear watchdog, the International Atomic Energy Agency (IAEA), to visit Zaporizhzhia, the biggest nuclear power plant in Europe.

But Kyiv said its troops were putting up fierce resistance and largely holding the line.

Heavy fighting was reported on Tuesday in frontline towns near the eastern city of Donetsk, where Ukrainian officials said Russian troops were launching waves of attacks as they tried to expand their control of the industrialised Donbas region.

The Ukrainian military said it had repelled ground assaults in the direction of the cities of Bakhmut and Avdiivka.

Chechen leader Ramzan Kadyrov said his forces had captured a factory for Moscow on the edge of the eastern town of Soledar. Other Russian-backed forces said they were in the process of “clearing out” the heavily fortified village of Pisky. And Russian media reported that a group of mercenaries from the Wagner Group had dug in near the city of Bakhmut.

Reuters could not verify either side’s battlefield accounts.

British military intelligence, which is helping Ukraine, said Russia’s push towards Bakhmut had been its most successful operation in the Donbas in the last 30 days, but that it had still only managed to advance around 10 km (6 miles).

Russia has said it plans to seize full control of the Donbas on behalf of pro-Kremlin separatist forces, while Russian-installed officials in parts of southern Ukraine have said they plan to press ahead with referendums to join Russia.

What Moscow calls a “special military operation,” Ukraine says is an unprovoked imperial-style war of aggression and it is banking on sophisticated Western-supplied rocket and artillery systems to degrade Russian supply lines and logistics.

In the Crimean Peninsula, whose annexation by Russia in 2014 was followed by separatist seizures of parts of the Donbas, an explosion at the Saky military air base killed one person and injured five, Russian authorities said.

The Russian defence ministry said earlier the blast had been a detonation of aviation ammunition, not the result of an attack. 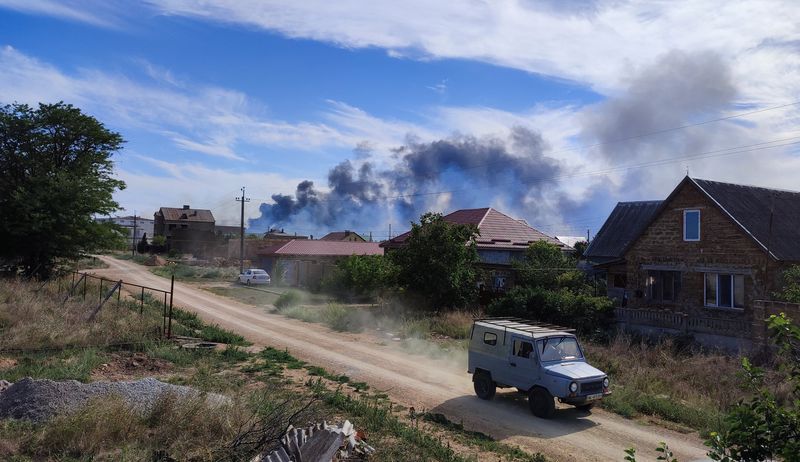 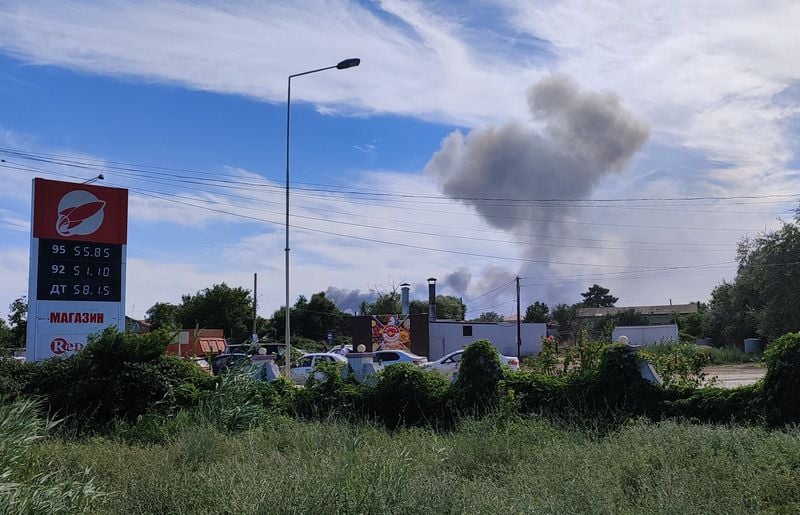 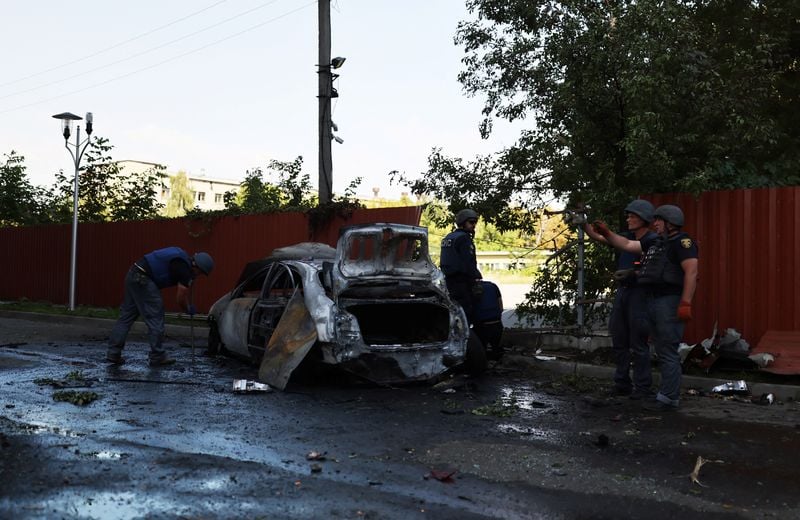 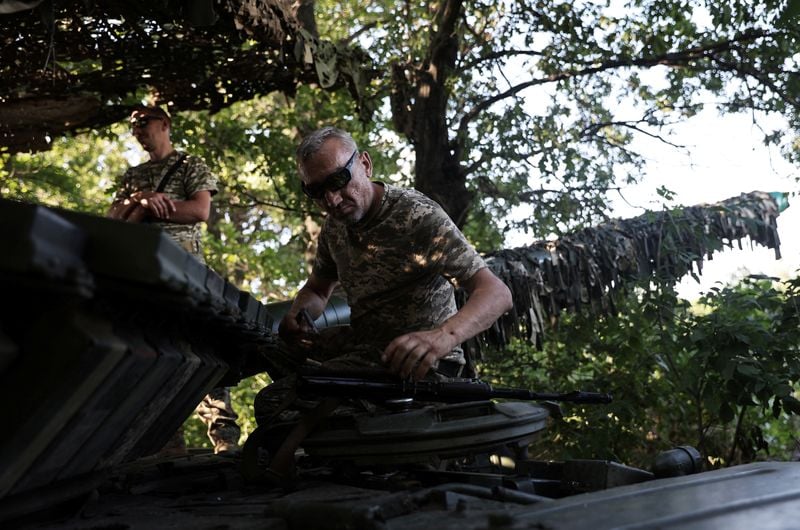 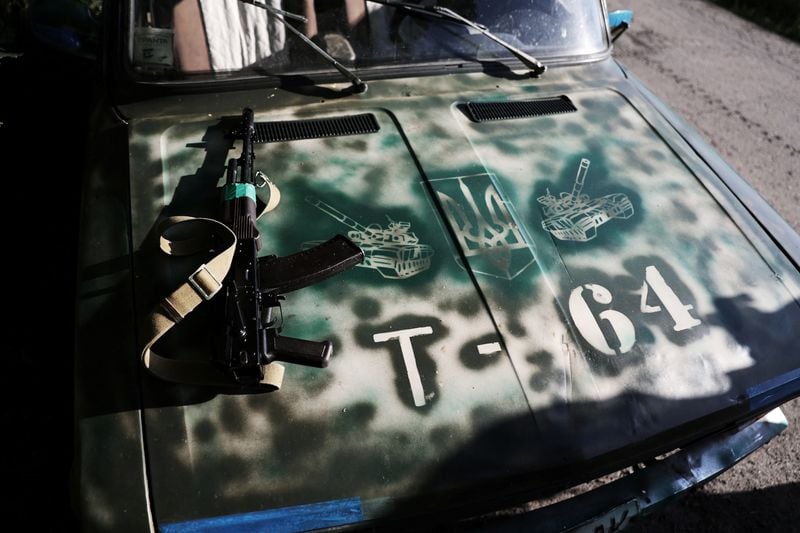