BENGALURU – Malaysia’s economy grew at its fastest pace in a year last quarter, thanks to a strong rebound in private consumption and buoyant exports, but a global economic slowdown poses a significant risk to the outlook, a Reuters poll found.

The Aug. 3-9 poll of 18 economists predicted southeast Asia’s third-largest economy expanded 6.7% in the April-June quarter compared with the same period a year earlier.

That would be the fastest growth since the same quarter last year.

Forecasts for annual gross domestic product (GDP) growth, due to be released on Aug. 12, ranged from 5.2% to 9.2%, higher than the 5.0% increase in the preceding quarter.

Export growth was 22% in the first quarter, Loo said.

“We expect GDP growth to accelerate further in Q3, mainly due to base effects (nationwide lockdown in Q3 2021) before normalising in Q4 and into next year on the back of slowing global trade, rising inflationary pressure and tighter monetary conditions.”

Malaysia’s economic recovery from the pandemic has been strong since reopening its borders in April, but an expected global economic slowdown is likely to have an impact on the economy. [ECILT/WRAP]

“While overall export growth performed well … its open economy is exposed to growing global economic headwinds and slowdown driven by U.S. Fed tightening and European energy insecurity from the Russia-Ukraine war, even as China tries to recover from the pandemic lockdown-induced weakness,” said Chua Han Teng of DBS.

But Malaysia’s central bank was expected to follow its global peers and continue on its rate hiking path to tame rising inflation. 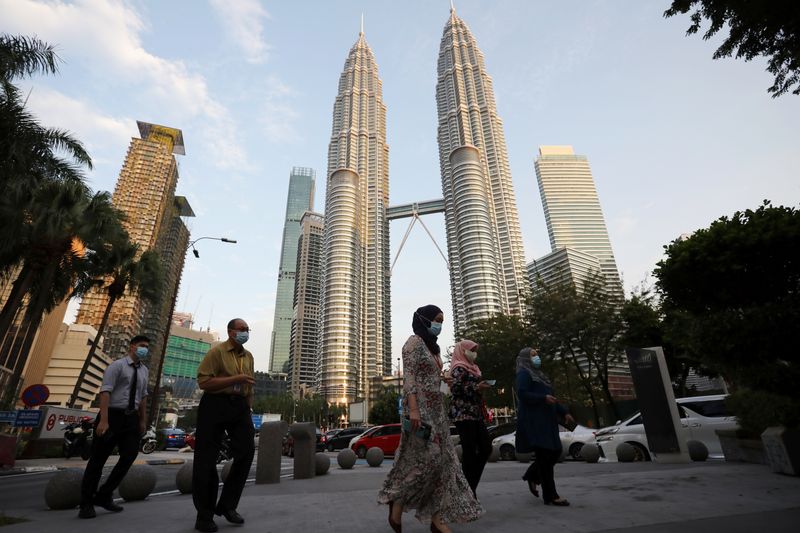