WASHINGTON -House Speaker Nancy Pelosi said on Tuesday she will ask members of the House of Representatives to pass without changes a $430 billion climate and prescription drug bill approved by U.S. Senate over the weekend, calling it a historic piece of legislation.

Asked if she would ask lawmakers to pass the sweeping legislation as is, Pelosi said “yes.”

“Our members are very pleased,” Pelosi told NBC’s “Today” show. “Quite a bit of what is in the bill is what we had worked (on) together – the House and Senate – to do.”

The bill’s provisions on prescription drug costs were “historic”, she said, and welcomed its climate change initiatives.

The U.S. Senate on Sunday passed the $430 billion bill intended to fight climate change, lower drug prices and raise some corporate taxes in a major victory for President Joe Biden that Democrats hope will aid their chances of keeping control of Congress in this year’s elections.

After a marathon, 27-hour weekend session of debate and Republican efforts to derail the package, the Senate approved the Inflation Reduction Act by a 51-50 party line vote.

The action sends the measure to the House of Representatives for a vote, likely on Friday when representatives plan to reconvene briefly during a summer recess. They are expected to pass it, which would then send the bill to the White House for Biden’s signature. In a statement, Biden said he looked forward to signing the bill into law. 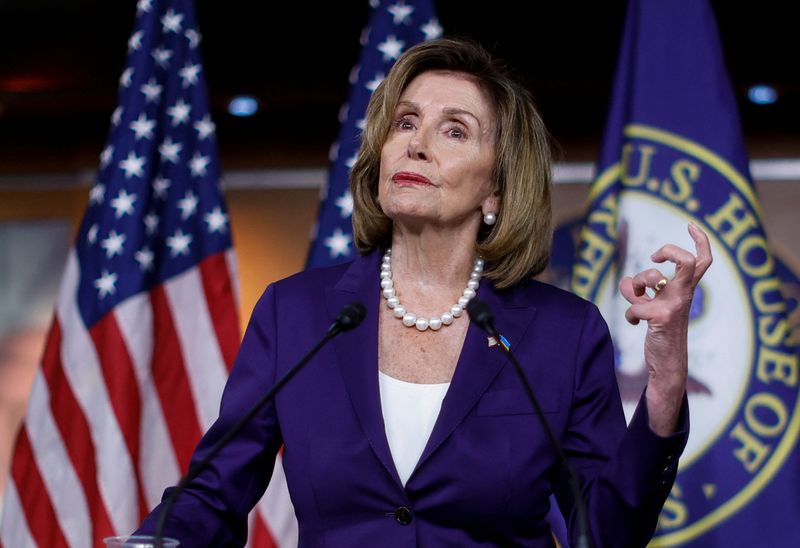