The Fort Worth, Texas-based firm said after-tax distributable earnings – which represents the cash used to pay dividends to shareholders – rose to $162 million in the second quarter, up from $53 million a year ago. That exceeded the average analyst forecast of $109 million, according to Refinitiv data.

TPG said the value of all its funds depreciated during the quarter due to the market downturn, hurt by rising interest rates and the impact of the Russia-Ukraine war. Its private equity fund valuations fell 2.4% while its growth and impact portfolios declined 2.8% and 1.1%, respectively.

That result was in line with peers Blackstone Inc, Carlyle Group Inc, KKR & Co Inc and Apollo Global Management Inc, which all reported a drop in their fund valuations in the second quarter.

“I think that our portfolio continues to perform well and across the broad portfolio we still have above-market revenue and EBITDA growth,” TPG CEO Jon Winkelried said in an interview.

TPG said it generated $4.4 billion in total asset sales during the quarter, consisting mostly of deals agreed prior to the downturn. It invested $3.8 billion on new acquisitions in the same period.

“There are still a number of growth companies that need capital to grow. And we’re seeing opportunities with better terms,” Winkelried added.

Under generally accepted accounting principles, TPG declared a loss of $262.5 million in the second quarter, compared with $726 million of net income a year go, as investment income nosedived.

TPG ended the quarter with $127 billion of assets under management, a record $39.4 billion of unspent capital, and $12.7 billion of new capital raised. It declared a quarterly dividend of 39 cents per share. 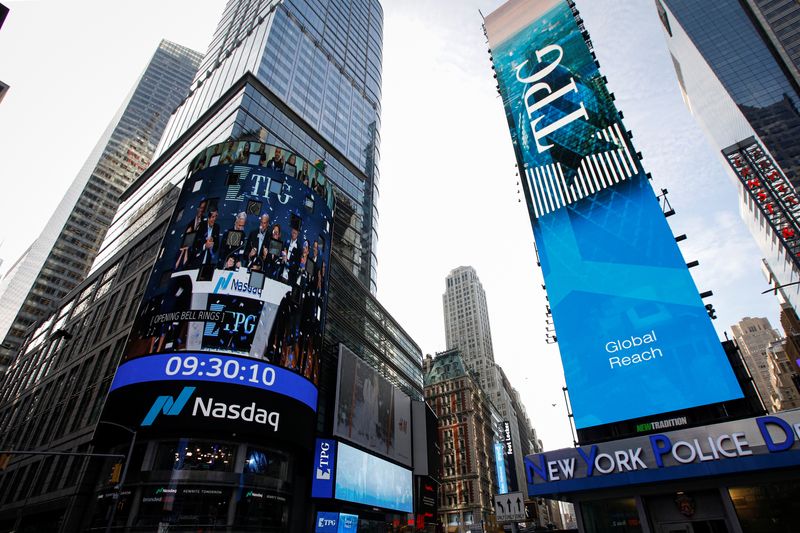