(Reuters) – Shares of IWG fell 18% on Tuesday to their lowest since March 2020, as the office rental group’s first-half results failed to impress analysts who are expecting rising inflation and gloomy economic outlook to hamper its recovery.

The Switzerland-based company said it had to contend with inflationary cost pressures, geopolitical tensions and pandemic-induced lockdowns in some parts of Asia in the first half.

Still, IWG posted a smaller adjusted pretax loss of 70.2 million pounds ($85 million) in the six months to June 30, compared with a loss of 163.3 million pounds a year earlier.

The WeWork rival also said it was cautiously optimistic about its outlook.

Barclays analysts, however, forecast slowing revenue growth at IWG on a quarter-on-quarter basis in the second half of the year and cut their expectations to an operating loss of 20 million pounds for 2022. They also reduced their price target by 23% to 230 pence.

Barclay’s latest estimate was in contrast to the average expectation of eight analysts for an operating profit of about 69 million pounds for 2022, according to Refinitiv data,

“For us, IWG continues to be a jam tomorrow story, and we think there are better cyclicals to own at this point with less leverage, dividend support and more proven financial delivery,” RBC said.

(Reporting by Amna Karimi and Chandini Monnappa in Bengaluru; Editing by Anil D’Silva) 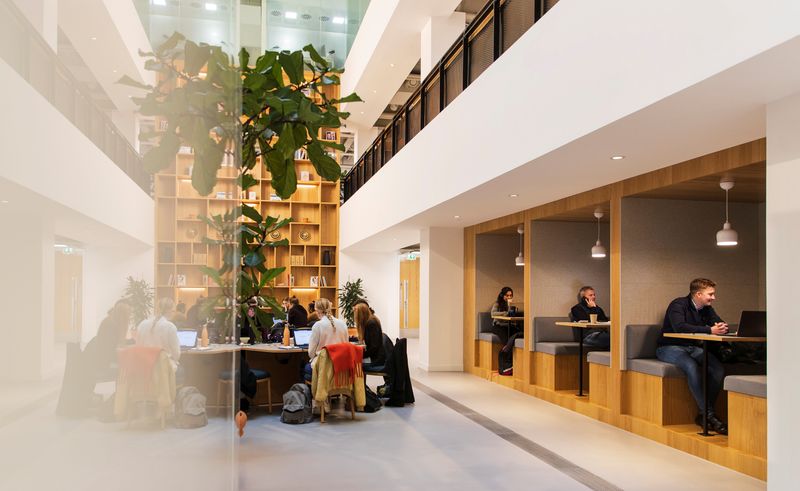