By Samuel Shen and Xie Yu

The pace of migration will likely accelerate, as more Chinese firms listed in New York are expected to follow technology giant Alibaba’s intent to launch so-called primary listings in Hong Kong, potentially boosting liquidity there to smooth the transition.

Under the U.S. rules, Chinese ADRs will be ejected from exchanges in early 2024 if U.S. regulators cannot have complete and timely access to the Chinese companies’ audit working papers – a request so far denied by Beijing on national security grounds.

Hong Kong-traded stocks account for more than 70% of KWEB’s portfolio, latest data shows, compared with just 25% in March 2021. By the end of this year, the fund aims to be fully invested in Hong Kong shares.

“It behooves both sides to resolve this issue as there’s no winner in a delisting scenario,” said Brendan Ahern, CIO of Krane Funds Advisors, which manages the fund.

But under fiduciary duty to protect investors’ money, “you’re going to take the more conservative path.”

Ahern hailed Alibaba’s plan to upgrade its secondary listing in Hong Kong to a primary listing, saying such a move “allows companies to have their cake and eat it too.”

Still, Hong Kong is a relatively small and retail-driven market compared to the U.S., and it might face pressure to offer liquidity support if delisting kicks in, said Jon Withaar, head of Asia Special Situations Equities at Pictet Asset Management.

“You have so many companies that are Chinese ADRs that will need to come back home. This is almost a trillion dollars, on top of a lot of companies in the private space looking to become public,” he said.

A primary listing would allow the stock to be included in the China-Hong Kong Stock Connect, thus making stocks eligible for mainland investments and potentially increasing trading volumes, but nothing close to the depth of U.S. markets.

Equity trading turnover on the New York Stock Exchange and the Nasdaq each was roughly seven times that of the Hong Kong bourse in 2021, according to the World Federation of Exchanges.

Jon said he owns both Chinese ADRs and Hong Kong shares in his portfolio due to the delisting uncertainty.

The U.S. market offers better liquidity but trading hours in Hong Kong are easier to manage, the Singapore-based manager said.

Alibaba will likely trigger “a wave” of primary listings in the next 12 months, potentially boosting average daily turnover in those stocks by 50% once they are included in the Stock Connect, Citic Securities estimates.

Thomas Masi, co-portfolio manager of the GW&K Emerging Wealth Strategy, which is heavily exposed to China, has already moved holdings in companies such as Alibaba from New York to Hong Kong, but hasn’t yet swapped out of ADRs in Trip.com and Yum China Holdings.

“We only have three Chinese holdings where we own the ADR … because the liquidity is overwhelmingly concentrated in the ADR form,” said Nuno Fernandes, GW&K’s partner and portfolio manager, adding a shift will take place once liquidity in Hong Kong becomes sufficient.

But he still believes that the vast majority of Chinese ADRS will be maintained: “This does not have to be a zero sum game, Hong Kong or New York.”

Beijing in late May said both sides are committed to reaching a resolution, but Washington has been more cautious on the outlook.

“Our base case is that authorities come to a resolution on U.S. listings and the status quo of over two decades remains,” said Thomas Hayes, chairman and managing member of Great Hill Capital, a New York-based hedge fund. However, he has also shifted holdings to Hong Kong where possible.

Some fund managers say they will stick to ADRs.

“We still believe that it is very unlikely that China and the U.S. cannot come to a resolution and Alibaba will not get delisted. Regardless, this has become a narrative that is dragging the stock down,” Coons said. 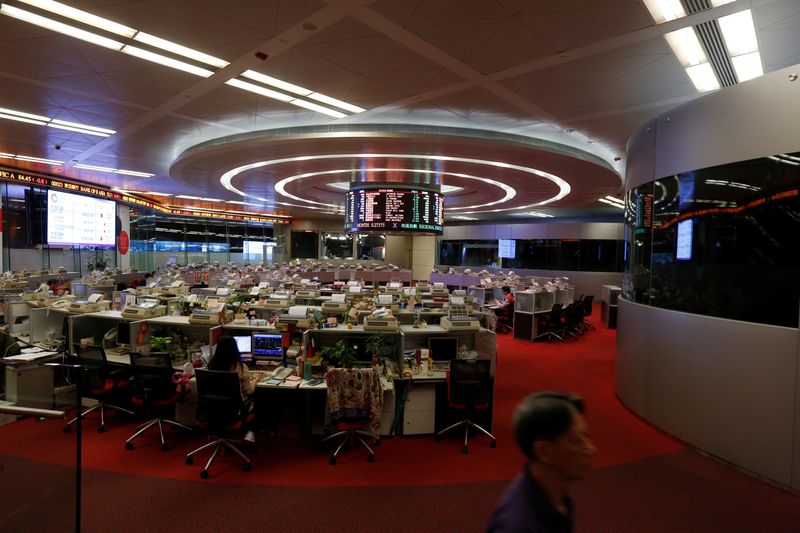