By Liangping Gao and Kevin Yao

The producer price index (PPI) rose 4.2% year-on-year, the National Bureau of Statistics (NBS) said on Wednesday, versus an uptick of 6.1% in June and analysts’ median forecast of 4.8%.

China’s producer price growth has slowed from a 26-year high in October last year, giving policymakers some leeway to stimulate the flagging economy even as central banks elsewhere scramble to hose down rampant inflation with aggressive interest rate hikes.

The consumer price index (CPI) increased 2.7% from a year earlier, the fastest pace since July 2020, but below forecasts for a gain of 2.9%.

The government has set an annual consumer inflation target of about 3%, while Premier Li Keqiang said last month China would be able to keep the 2022 price rise under 3.5%, in a bid to highlight the need to stabilise prices and employment.

“If we can keep the unemployment rate below 5.5% and the CPI rise stays under 3.5% for the whole year, we can live with a growth rate that is slightly higher or lower than the target, not too low, of course,” Li said in a discussion with business leaders hosted by the World Economic Forum.

While China’s relatively benign inflation has largely been due to weak domestic demand, a moderation in global price pressures, such as falling oil prices, also contributed to July’s slowdown.

“Factory gate inflation will remain on a downward trajectory throughout the rest of the year amid a further drop in commodity prices, easing supply bottlenecks and a higher base for comparison,” Zichun Huang, China economist at Capital Economics, said in a research note.

In a sign of the slowing momentum, PPI fell 1.3% month-on-month for its first monthly decline since January, with the biggest falls in the price of metals and petrochemicals.

In annual terms, coal mining and washing industry prices rose 20.7%, slowing 10.7 percentage points from June, while the oil and gas extraction industry jumped 43.9%, down 10.5 percentage points, the NBS said in a separate statement.

Input prices slumped in July, China’s official purchasing managers’ index showed last week, due to a decline in energy and raw material costs and pointing to an eventual fall in producer prices.

The world’s second-biggest economy has slowed considerably and narrowly escaped a contraction in the June quarter, weighed by strict COVID-19 controls, a distressed property market and cautious consumer sentiment.

The People’s Bank of China (PBOC) said in a quarterly report on Wednesday that it would closely monitor domestic and external inflation changes while balancing economic growth and price stability.

Analysts at ANZ expect consumer prices to rise further in the coming months and peak at about 4% in September, but full-year inflation could be at 2.4%.

In July, the main driver of consumer prices was food inflation, which rose 6.3% year-on-year, speeding up from an uptick of 2.9% in June.

Driving the broader food surge were pork prices, which shot up 20.2% year-on-year, reversing a decline of 6.0% in June as production slowed.

However, core CPI, which excludes volatile energy and food prices and is a better gauge of underlying inflation, stayed soft, rising just 0.8%, slower than the 1.0% rise in June.

While the PBOC is expected to keep monetary settings loose amid sluggish growth, there are limits on how much it can ease policy due to worries about capital outflows, as the U.S. Federal Reserve raises interest rates aggressively.

The PBOC is therefore likely to rely on more targeted easing to support the recovery, even as consumer inflation tests China’s 3% tolerance threshold.

That means the prospect of a near-term across-the-board interest rate cut is low, given existing global inflationary pressures and interest rate hikes in other major economies, said Bruce Pang, a chief economist at Jones Lang Lasalle.

“In all, CPI inflation remains below the PBOC’s target of around 3%, providing it the policy space to remain accommodative,” HSBC economist Erin Xin said in a note.

“With continued uncertainty from COVID-19 clusters as well as weak sentiment in the property market, there is still a need for the PBOC to stay accommodative.” 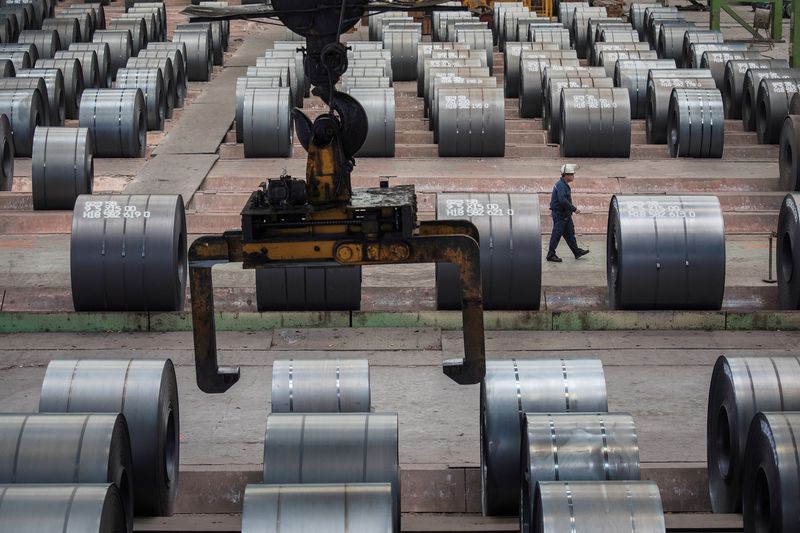