BRUSSELS – Brussels is unlikely to back down on its demand that Poland respect the rule of law to receive post-pandemic recovery funds, officials said, despite threats from Warsaw that it could block decision-making within the European Union.

Poland would be eligible for 24 billion euros in grants and 11.5 billion in very cheap loans from the fund, designed to help member states become greener and more digitalised as their economies recover.

But the money is frozen because Poland’s ruling PiS party does not want to roll back changes to the judiciary introduced over the last seven years, even though the EU’s top court has declared them incompatible with EU treaties.

With elections looming next year, the head of the nationalist and eurosceptic PiS, Jaroslaw Kaczynski, and other senior party officials have escalated their anti-EU rhetoric, insisting that Poland will make no concessions.

PiS spokesman Radoslaw Fogiel told Wnet radio on Wednesday that the EU’s executive has no say in judicial affairs and its decision to freeze Poland’s funds was political.

“Poland will very strictly apply the prerogatives it has and at the same time we will very scrupulously make sure that… the European Commission does not foray into areas where treaties do not give it competences,” he said.

Warsaw’s threat is that, unless the funds are unlocked, it may block decisions by the 27-nation EU in areas where unanimity is required: foreign and security policy, taxation or finances.

It used that leverage to get closer to EU disbursements earlier this year, temporarily blocking adoption by the EU of the globally agreed minimum corporate tax.

But the rhetoric has so far failed to impress the EU.

“The Commission is not very concerned about such threats,” said one senior EU official said, adding that the PiS was “testing the notion of ‘the enemy’ for the elections”.

“It is unlikely that the Commission will lower its requirements, which are rather minimalist anyway and which have been agreed with the Polish government,” the official added.

A second senior EU official said that while there may be some room for compromise, EU values must be upheld.

“The initiative is now on the Polish side, I cannot see what initiative the EU could take at this stage,” the official said.

Warsaw is keen to get its hands on the EU cash to impress voters now grappling with a spike in inflation.

Its plan for how it would spend the funds includes 3.7 billion euros on a wind farm in the Baltic Sea to diversify its energy mix away from coal, and 1.4 billion euros on laptops and high-speed internet for schools in less-developed areas.

Without the funds, Polish hospitals and medical universities would not get 4.4 billion euros to prepare for future health emergencies, and plans could be at risk for 47,500 nursery places aimed at boosting women’s participation in the workforce. 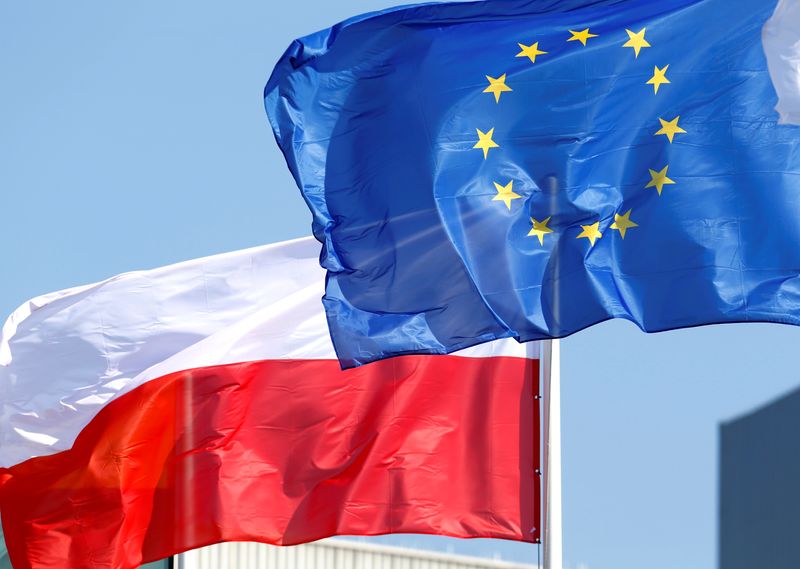