(Reuters) -European shares rose on Wednesday in a sharp reversal from earlier in the session with data showing a slower-than-expected rise in U.S. inflation last month providing some relief to investors.

U.S. consumer prices were unchanged in July due to a sharp drop in the cost of gasoline.

“If the U.S. consumer is feeling more optimistic and has more money in their pocket because inflation back home is not as tricky, then potentially they will be able to spend more across Europe and in the UK and also on those multinational companies that export so much to the U.S.,” said Danni Hewson, Financial Analyst at AJ Bell.

But analysts also noted that even as lower energy prices helped cool inflation in the United States, supply and demand risks painted a dour picture for Europe.

The STOXX 600 has struggled this month on worries over gloomy economic data, rising geopolitical tensions and fears that higher interest rates could tip the economy into a recession.

Wind turbine maker Vestas jumped 8.8%, making it the best performer on the STOXX 600 after it said it would sell its converters and control panels business to KK Wind Solutions.

Ahold Delhaize gained 7.6% after the Dutch supermarket giant said it was postponing plans for an initial public offering of its non-food retailer, Bol.com, because of unfavourable market conditions. 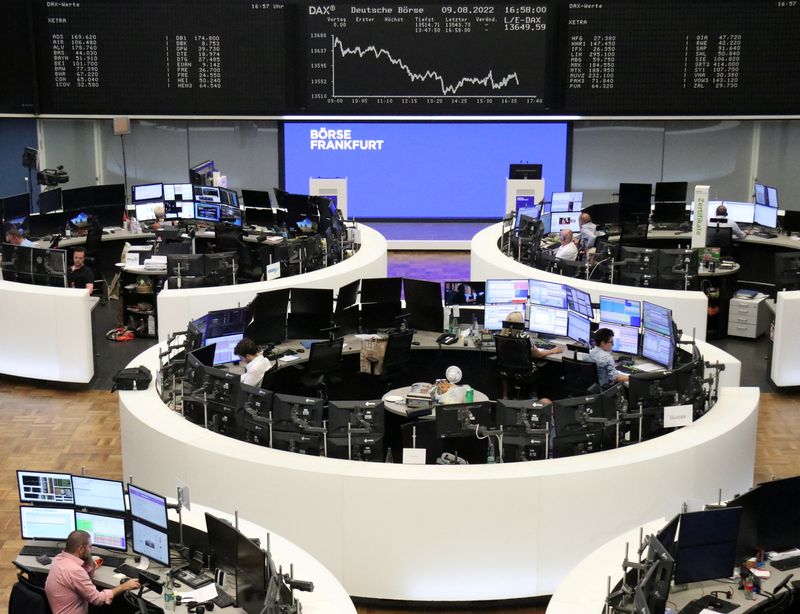