By Julia Payne and Marwa Rashad

LONDON – Top U.S. gas exporter, Freeport LNG, has retracted the force majeure it initially declared after an explosion in June, a development that could cost its buyers billions of dollars in losses, a document showed and three trading sources said.

Force majeure is a notice used to describe events outside a company’s control, such as a natural disaster, which usually releases it from contractual obligation without penalty.

The force majeure would also have allowed Freeport’s LNG buyers to exit their own agreements to deliver gas to end users. Instead, they are facing a collective loss of up to $8 billion as they source alternative supplies at elevated spot market prices, according to the trading sources, who have knowledge of the matter, and calculations by a consultancy.

Freeport and the buyers declined to comment on the force majeure, its retraction and potential losses.

Freeport accounts for 20% of U.S. LNG exports but stopped shipments after the explosion on June 8, causing a spike in global gas prices which had already soared on falling Russian supplies to Europe and other outages.

Freeport declared force majeure on June 9, before retracting the notice around the end of June, two of the three sources with knowledge of the matter said, adding that Freeport blamed human error.

“No facts have been revealed that would indicate that the incident was a result of Force Majeure,” Freeport told market participants on Aug. 3 in a notice seen by Reuters.

Neither the retraction nor the notice has been previously reported.

Freeport does not expect full operations to resume until the end of the year, although a partial restart is scheduled for October. Without the force majeure, the company needs to pay compensation to its gas buyers and the buyers still need to supply end users.

The outage leaves a hole of about 80 cargoes based on an October restart date, according to Reuters calculations and an LNG consultancy, although Freeport’s buyers may not need to replace them all depending on how they negotiate their onward contracts.

The buyers had paid Freeport around $30-$50 million per LNG cargo, according to two of the sources, with the fuel then sold to end users at a premium usually amounting to a few millions of dollars per cargo.

Freeport’s buyers would have to pay $100 million per cargo based on Wednesday’s spot market prices to replace the lost volumes as LNG prices have doubled since the explosion, which happened when markets were already tight.

However, Freeport is offering buyers compensation of around 10% of the value of the purchased and undelivered cargoes or lump sums of between $3 million-$5 million per cargo, according to the two sources.

“There are ongoing discussions taking place right now with Freeport as the compensation they are offering will not cover taking a spot cargo at today’s rates,” one of the sources said.

“The potential losses Freeport’s offtakers may face… will probably be within the range of about $6-$8 billion, on a collective basis,” said Tamir Druz, managing director at Capra Energy, an LNG consultancy.

“While some of these cargoes may not need to be replaced, on a mark-to-market basis, it remains a significant loss.”

Oil major BP has the largest contract at 4.4 million tonnes per annum (mtpa) through 2040. JERA and Osaka Gas have contracts at 2.3 mtpa each through 2039, while SK and TotalEnergies each have 2.2 mtpa contracts running through 2040, according to the International Group of Liquefied Natural Gas Importers.

Based on Freeport paying 10% compensation per lost cargo, losses may amount to about $2.3 billion for BP and $1.1 billion for TotalEnergies on a mark-to-market basis, Capra Energy’s Druz said.

BP and TotalEnergies declined to comment on any losses.

Mark-to-market is a way of measuring the fair value of accounts based on current market prices, which is likely different to the price paid to acquire them. 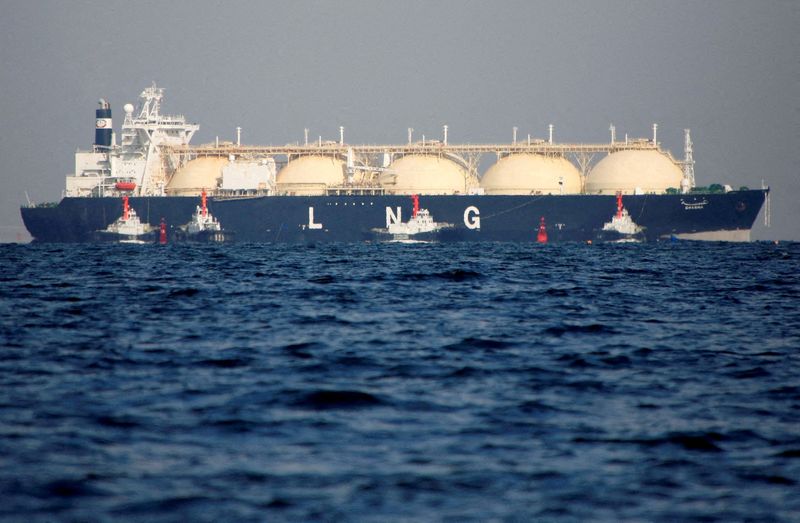