NEW YORK -Softer than expected U.S. inflation data buoyed investors’ faith that twin rebounds in stocks and bonds will persist in a year of deep losses for both asset classes.

Bear markets in both have maximized losses in portfolios this year as rate hikes from the Federal Reserve sapped appetite for risk, and some investors have met recent rebounds in stocks and bonds with skepticism.

The S&P 500 is now up about 15% from its mid-June lows, though still down 12% year-to-date, while the Nasdaq is up more than 20% from its lows. Ten-year Treasury yields, which move inversely to prices, have fallen about 70 basis points from their June peak.

The Consumer Price Index was unchanged last month after advancing 1.3% in June, the Labor Department said on Wednesday.

While obstacles remain for further market gains, investors said the softer-than-expected CPI number will likely moderate expectations for how aggressively the Federal Reserve will need to raise interest rates this year to tame inflation, boosting the attractiveness of both asset classes.

“The number is a huge relief because anything that keeps the Fed from doing more damage is a positive for all of us,” said Bryce Doty, senior portfolio manager at Sit Investment Associates.

Doty said he was increasing his exposure to longer-dated bonds in his portfolio, betting that yields are unlikely to revisit the highs they have seen this year.

Renewed optimism was apparent in Wednesday’s reaction to the number, which showed the largest month-on-month deceleration of price increases since 1973.

The S&P 500 shot higher by 2.1% while yields on the benchmark 10 year Treasury fell as low as 2.67%, before bouncing back to 2.79%. Fed funds futures now show only about a 43% probability of a 75 basis point rate hike at the Fed’s September meeting, down from 63%, before Wednesday’s inflation data, according to Refinitiv data. [FEDWATCH]

The Cboe Volatility Index, known as Wall Street’s fear gauge because it reflects investor demand for downside protection in stocks, fell to its lowest level in nearly four months.

“One month doesn’t necessarily make a trend but we are certainly encouraged that inflation is moving in the right direction,” said Jack Ablin, chief investment officer at Chicago-based Cresset Capital.

The 60/40 Target Allocation Fund, which follows a standard portfolio technique of keeping 60% of its assets in equities and 40% in fixed income, through Tuesday has rebounded by about 7% from its lows after its worst first half performance since it launched in 2006.

Further declines in bond yields and expectations of a less hawkish Fed stand to buoy a rally in many of the growth and technology shares that were badly hit earlier this year. Higher interest rates typically hurt tech and growth stocks as their valuations rely more heavily on future cash flows.

In addition to a surge in the tech-heavy Nasdaq, many of the so-called meme stocks favored by retail investors since last year staged impressive rebounds.

Retail investors bought a net $6.9 billion worth of stocks in the past week, up from a 2022 low of $4.2 billion of net buys in the week leading up to June 24, according to data from Vanda Research.

Plenty of investors remain hesitant to jump on board the rallies in either stocks or bonds. Three previous rebounds in the S&P 500 have wilted this year, the index crumbling to new lows. Big swings in Treasury markets, meanwhile, have wrongfooted investors.

“Our view is that we’re going to need … clear and convincing evidence that inflation is on a slowing path, before the Fed probably loses religion as it relates to fighting inflation,” said Jonathan Duensing, head of fixed income at Amundi US.

Some Fed officials have already offered a counterpoint to expectations of a dovish pivot from the central bank.

Minneapolis Federal Reserve Bank President Neel Kashkari on Wednesday said he is sticking to his view that the U.S. central bank will need to raise its policy rate another 1.5 percentage points this year and more in 2023, even if that causes a recession.

Investors will see one more inflation report and another payrolls number before the Fed meets in September. Producer Price Index data, expected on Thursday, may offer further clues on inflation.

Still, others think there may be more upside, at least for the short term. Michael Purves, chief executive of Tallbacken Capital, said the S&P 500 could mount a rally to 4,400 – some 5% above current levels – buoyed by stable earnings and recent positive economic data.

“This recommendation does not suggest we think we are out of the woods,” he wrote on Wednesday. However, “for the near future, we think risk/reward is heavily in favor of the equity bulls.” 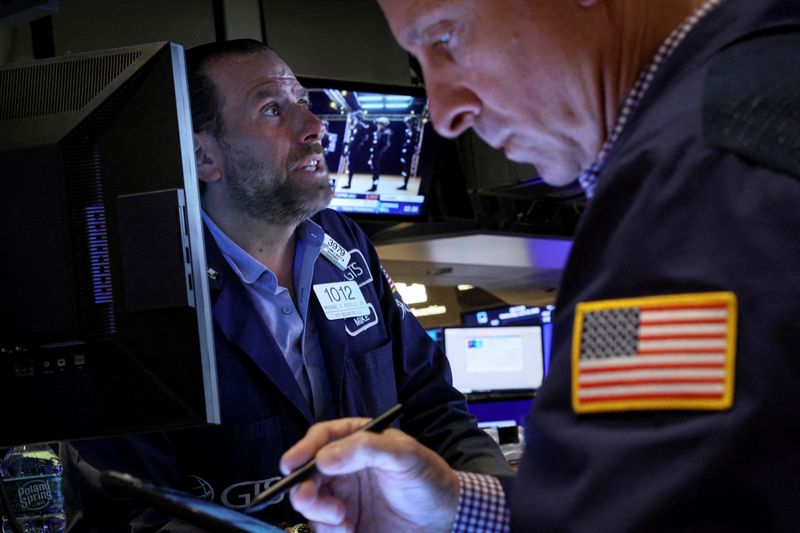