(Reuters) – Boeing Co delivered its first 787 Dreamliner in more than a year on Wednesday after a lengthy halt, stemming from production problems, cost the U.S. planemaker at least $5 billion.

The restart in deliveries comes as a major relief for Boeing, which was struggling with the production of the wide-body jet for more than two years. It could also help the airline industry better tap this year’s boom in travel demand.

2020 Dreamliner and warns of delays in deliveries

2020 previously disclosed production flaws in the

plane finds the same issue in other parts of

Boeing will temporarily halt 787 deliveries as

the agency waits for more data to determine if

July 2021 The FAA says some undelivered planes have a

new manufacturing quality issue that the

company will fix before delivery

September The Wall Street Journal reports that the

2021 delivery of Dreamliners will likely remain

halted until at least late October as the FAA

says some titanium parts were improperly

manufactured over the past three years

the fourth quarter related to 787 delivery

February The FAA says it would perform final

2022 inspections on new jets and will not allow the

787 deliveries will resume in the second half

May 2022 The FAA finds 787 certification documents

modification plan to resume deliveries of the

delivery since 2021, clearing the way for

August 2022 American Airlines says it has

taken the delivery of its first 787 Dreamliner

(Reporting by Kannaki Deka in Bengaluru; Editing by Anil D’Silva) 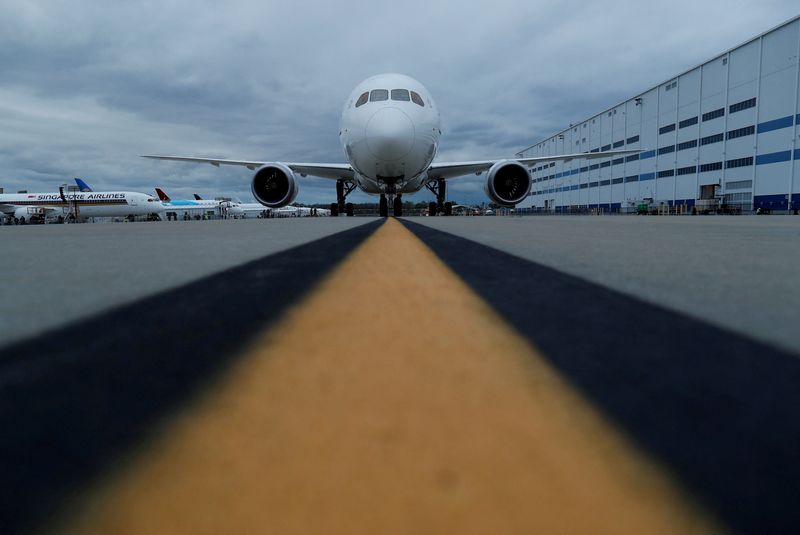