(Reuters) – U.S. consumer prices did not rise in July due to a sharp drop in the cost of gasoline, delivering the first notable sign of relief for Americans who have watched inflation climb over the past two years.

The Consumer Price Index (CPI) was unchanged last month after advancing 1.3% in June, the Labor Department said on Wednesday in a closely watched report that nevertheless showed underlying inflation pressures remain elevated as the Federal Reserve mulls whether to embrace another super-sized interest rate hike in September.

Economists polled by Reuters had forecast a 0.2% rise in monthly CPI in July on the heels of a roughly 20% drop in the cost of gasoline. Prices at the pump spiked in the first half of this year due to the war in Ukraine, hitting a record-high average of more than $5 per gallon in mid-June, according to motorist advocacy group AAA.

But the Fed has indicated that several monthly declines in CPI growth will be needed before it lets up on the increasingly aggressive monetary policy tightening it has delivered to tame inflation currently running at four-decade highs.

U.S. consumer prices have been surging due to a number of factors, including snarled global supply chains, massive government stimulus early in the COVID-19 pandemic and Russia’s invasion of Ukraine.

Food is one component of the CPI that remained elevated in July, rising 1.1% last month after climbing 1.0% in June.

In the 12 months through July, the CPI increased by a weaker-than-expected 8.5% following a 9.1% rise in June.Underlying inflation pressures, which exclude volatile food and energy components, also showed some encouraging signs.

Inflation in the cost of rent and owners’ equivalent rent of primary residence, which is what a homeowner would receive from renting a home, held almost steady last month. Shelter costs comprise about 40% of the core CPI measure. 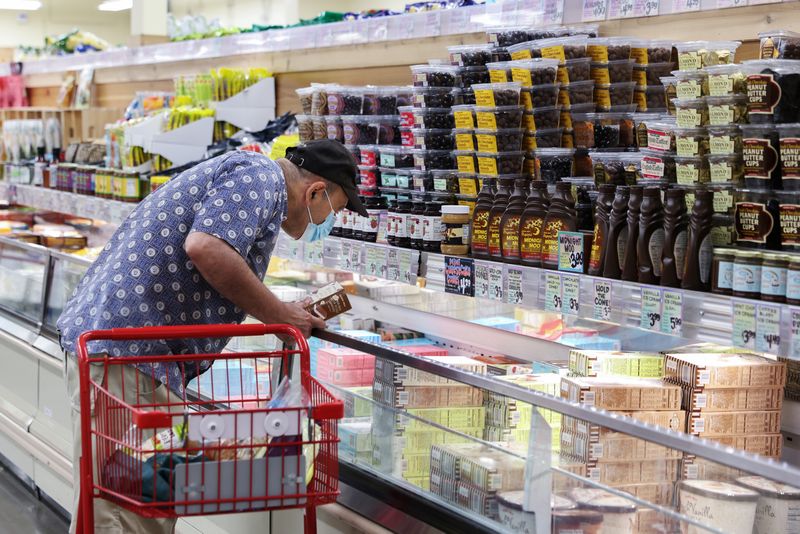