LONDON -A four-day “extreme heat” warning came into force in parts of England and Wales on Thursday, with temperatures poised to top 35 Celsius in another heatwave that could cause wildfires and pressure water supplies and transport services.

The Met Office said its amber warning, its second-most severe after red, will last until the end of Sunday, and cautioned that people vulnerable to extreme heat could face adverse health effects.

Temperatures are expected to peak at 35C (95 Fahrenheit) on Friday and may hit 36C in some places on Saturday.

“The grass in London is tinderbox dry and the smallest of sparks can start a blaze which could cause devastation,” London Fire Brigade Assistant Commissioner Jonathan Smith said on Thursday.

The brigade, which faced its busiest week since World War Two during July’s heatwave, said it had tackled 340 grass, rubbish and open land fires in the first week of August, compared with just 42 in the same week last year.

The Met Office raised its forecast for fire severity in London and other parts of England over the next few days to “exceptional” or level 5, its highest.

The warning follows the driest July for England since 1935, when temperatures rose above 40C for the first time, turning a renewed spotlight to the impacts of climate change.

During July’s heatwave, Britain, which is less used to such high temperatures, faced power outages, damage to airport runways and rail tracks and dozens of blazes in London that destroyed properties and vehicles. 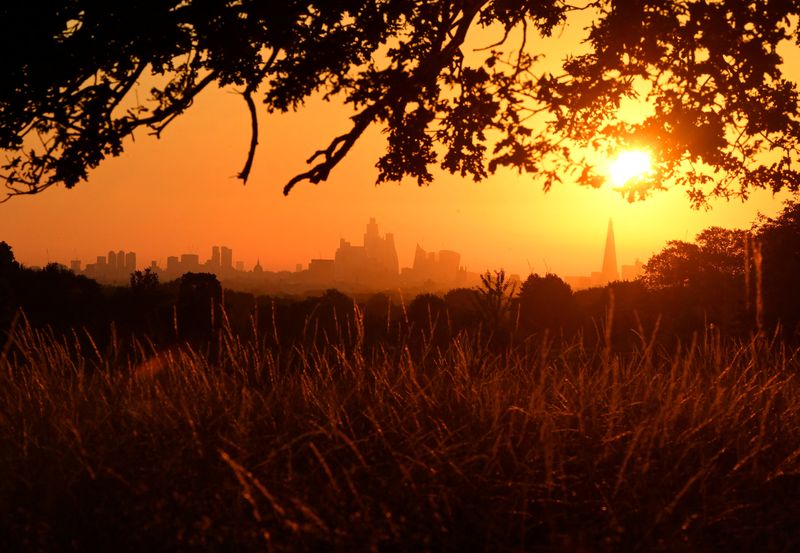