By George Obulutsa and Ayenat Mersie

NAIROBI/ELDORET, Kenya -Kenyans crowded round radios and televisions on Thursday, increasingly anxious for news of who their next president might be, two days after voting in an election ended.

The East African country’s election commission (IEBC) has neither released a running tally of results nor said when it plans to announce the winner, but unofficial and sometimes conflicting media counts show a nail-bitingly close race.

Kenyan media are compiling results from images of forms that the commission uploaded on to its website from more than 46,000 polling stations, a mammoth task that means their tallies differ, and lag far behind the amount of raw data available.

Amid concerns that those discrepancies could trigger claims of rigging, which have sparked deadly violence after recent ballot, many are urging their fellow citizens – after a largely peaceful election – to wait patiently for the official results.

Outside a butcher’s shop in the western town of Eldoret, dozens of men backslapped each other as they crowded round to read the latest headlines and argued over the relative merits of Ruto and Odinga.

But they all expressed faith in the commission’s ability to deliver a true result.

“Only the IEBC (The Independent Electoral and Boundaries Commission) has the truth.. We trust the IEBC.”

Scrutinising newspaper headlines two streets away, Ongao Okello added: “There is so much impatience… Given the experience that we have in Kenya, we have to be patient and just wait.”

More than 1,200 people were killed in widespread violence that followed the 2007 election, and more than 100 died after the 2017 polls.

That history adds to scrutiny on an electoral commission wary of repeating mistakes in tallying that caused the Supreme Court to nullify the 2017 result and order a re-run.

The 2022 outcome is being watched carefully overseas too.

Kenya is the region’s richest economy, a stable nation in a volatile region and a close Western ally that hosts regional headquarters for Alphabet, Visa and other international groups.

International observers were generally positive about the election, despite some last-minute printing problems, changes to procedures and inconsistencies in posting results.

“Several posts by both KENYA KWANZA and AZIMIO candidates and their supporters have intentionally sought to misinform the electorate …on the electoral process and the election results,” a statement by the rights group said, referring to Ruto and Odinga’s political alliances.

Former U.S. ambassador Johnnie Carson – a board member of the National Democratic Institute, an election monitor – said the process needed to be trustworthy more than it needed to be fast.

“The technology should not outpace the trust and integrity the citizens have in the process,” he said.

By 1500 GMT on Thursday, the privately-owned Nation group had tallied results from 89% of polling stations and put Ruto ahead with 50.20% of the vote and Odinga at 49.12%.

Outgoing President Uhuru Kenyatta has reached his two-term limit. He has endorsed Odinga after falling out with Ruto after the last election.

The winning candidate must get 50% of the vote plus one to win, and at least a quarter of votes in 24 out of Kenya’s 47 counties. If there is no outright winner, there will be a second round of voting without the two presidential candidates currently receiving less than one percent between them.

Many Kenyans, frustrated by the shifting alliances of the elites and fed up of rising prices and corruption, didn’t bother to vote in Tuesday’s round at all.

The commission said turnout for the ballot, which also included legislative and local elections, was about 65%, down from nearly 80% in 2017. 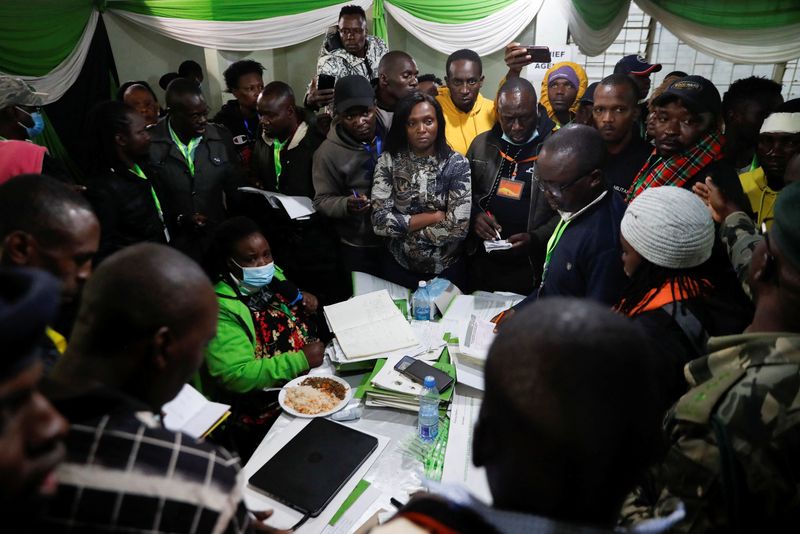 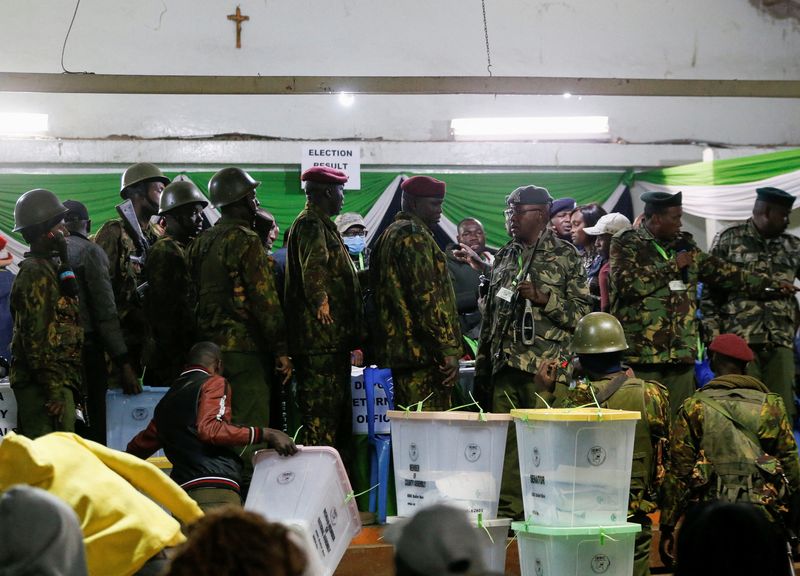 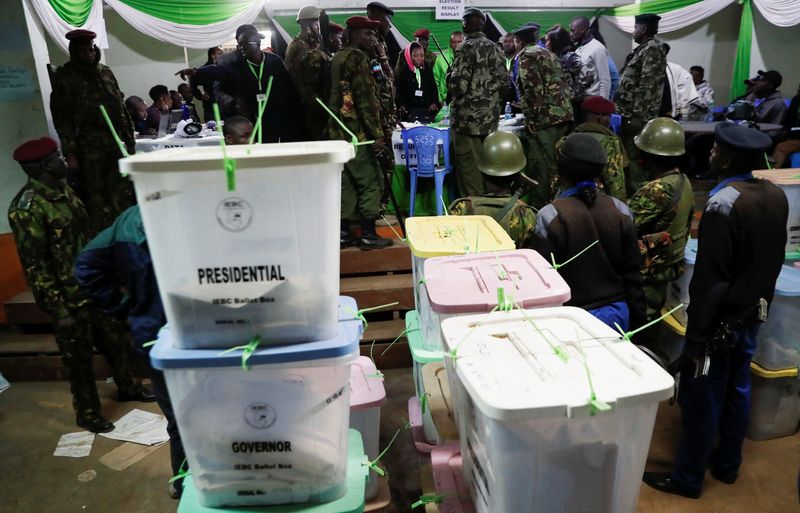 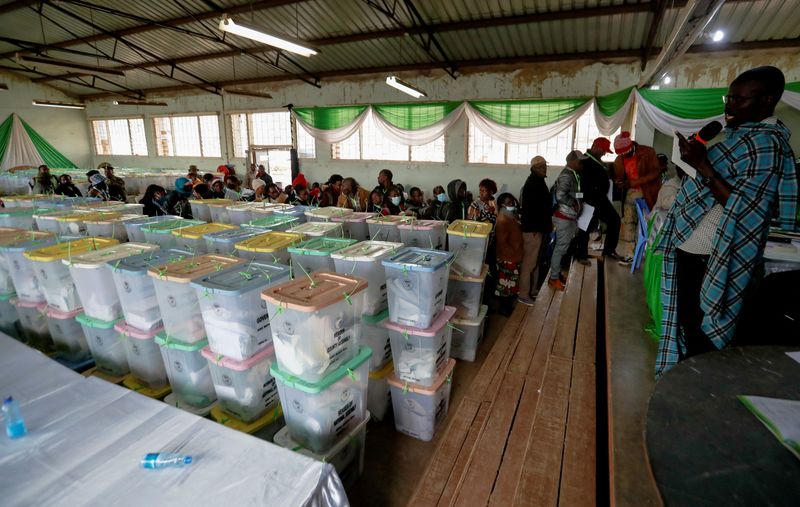 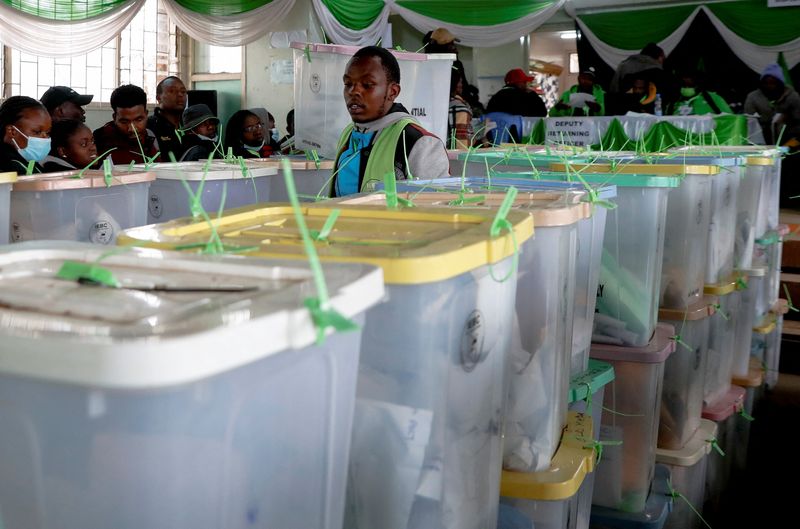 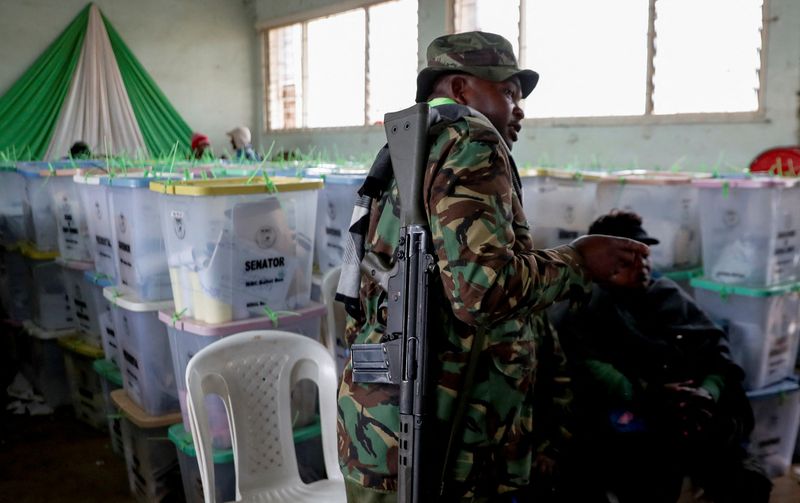