NEW YORK – Some stock market bulls are watching a technical indicator for clues on whether a summer rebound in U.S. equities will roll on.

The S&P 500 is up 15% from its mid-June low, a rally that gained even more momentum after Wednesday’s U.S. inflation data showed consumer prices unchanged for July. This bolstered the case for the Federal Reserve to end its market-bruising rate hikes sooner than previously expected.

The stock surge, which has delivered the S&P’s best eight-week period in more than a year, has brought the index within sight of a 50% retracement of its bear market loss.

Traders are watching the 4,231 level for the S&P 500. Hitting that would mean the benchmark index will have recouped half the losses logged since the drop from its January high.

“In my studies taking out 50% is bullish,” Nargis Motorwala, an independent trader based in the San Francisco Bay Area, said.

But the lack of a decent pullback for the S&P 500 in recent weeks, makes it worth treating the signal with caution, she said.

To trigger the signal the S&P 500 has to close above 4,231, Jonathan Krinsky, chief market technician at BTIG, said in a note.

While that does not promise more gains, it could mean the bear market has bottomed if history is any guide.

“Since WWII, every time the S&P recovered 50% of the bear market price decline, while the 500 may have re-tested the prior low, it never set a lower low,” Sam Stovall, chief investment strategist at CFRA Research, said.

A close above that level does not necessarily imply an end to near-term weakness for stocks.

Stocks’ big advance in recent weeks, particularly for beaten down technology and other growth names, has lifted the Nasdaq Composite more than 20% above its recent low, raising hopes for a brief bear market.

Fierce stock bounces can occur within a broader bear market.

For instance, the 2000-2002 bear market for the Nasdaq logged several greater-than-20% rallies: all but one of them faded to make way for lower lows for the index.

Stock market bulls, however, have something else to celebrate.

The strong U.S. stock market rally has crushed measures of investor anxiety to multi-month lows, with the Cboe Volatility index on Wednesday logging its first close below the 20 level in nearly 4 months.

The VIX, an options-based indicator that reflects demand for protection against drops in the stock market, recently stood just above the 20 mark, a level generally associated with a moderate investor anxiety about the near-term outlook.

The retreat in the VIX coincides with a marked drop in daily stock market gyrations over the last few weeks and as such bodes well for the market. 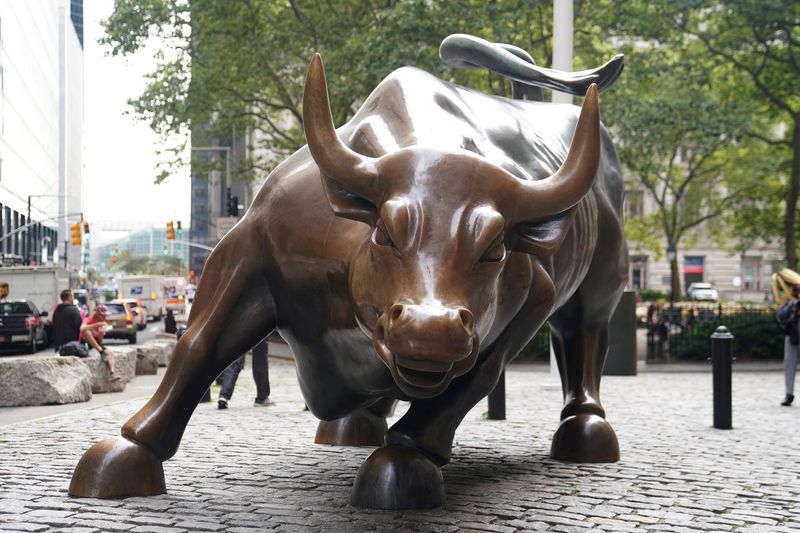