FRANKFURT -Thyssenkrupp’s third-quarter operating profit nearly tripled on the back of higher steel prices, the German conglomerate said on Thursday, but it added that it faced headwinds from high raw material prices and rising interest rates.

The company’s adjusted earnings before interest and tax (EBIT) reached 721 million euros ($743 million) in the April-June period, up from 266 million in the same period last year.

More than half of that, or 376 million euros, came from the company’s steel business, Europe’s second-largest, which benefited from higher selling prices that offset rising energy and raw materials costs, Thyssenkrupp said.

“In the third quarter, we were again affected by the rise of the price of commodities and other materials,” Chief Financial Officer Klaus Keysberg said. “However, we expect a considerable easing of net working capital and a clearly positive cash flow in the fourth quarter.”

Higher interest rates led to impairment losses of around 480 million euros, Thyssenkrupp said, causing it to lower its 2022 net profit outlook, now expected to be in the high triple-digit million euro range, down from at least 1 billion previously.

The group, which makes everything from submarines and car parts to fertiliser plants and electrolysers, confirmed its outlook for adjusted EBIT, sales and free cash flow before mergers and acquisitions. 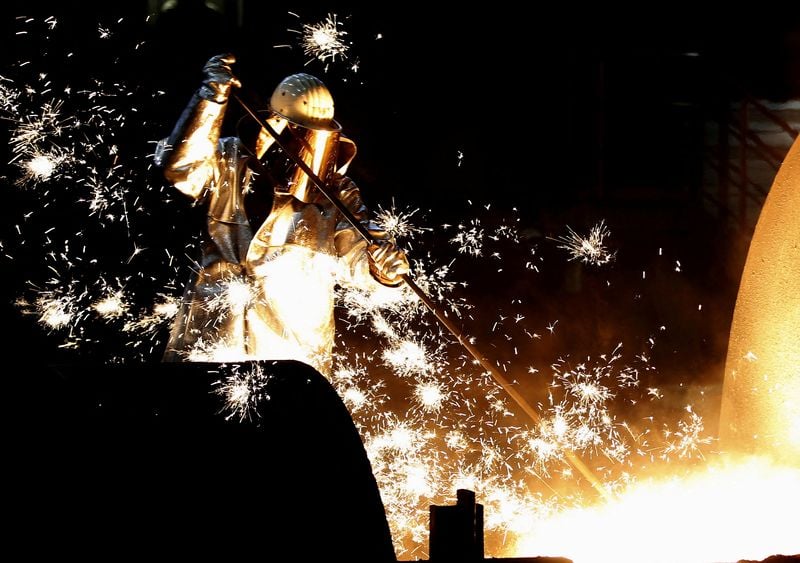