(Reuters) – The number of Americans filing new claims for unemployment benefits rose for the second straight week, indicating further softening in the labor market despite still tight conditions as the Federal Reserve tries to slow demand to help tame inflation.

Initial claims for state unemployment benefits rose 14,000 to a seasonally adjusted 262,000 for the week ended Aug. 6, the Labor Department said on Thursday. Economists polled by Reuters had forecast 263,000 applications for the latest week.

That’s still below the 270,000-300,000 range that economists say would signal a material slowdown in the labor market.

The number of people receiving benefits after an initial week of aid increased 8,000 to 1.428 million during the week ending July 30. The so-called continuing claims are a proxy for hiring.

The economy created an unexpectedly robust 528,000 jobs in July, the unemployment rate fell back to its pre-pandemic low, and wage gains surprised to the upside, the Labor Department announced last Friday in a monthly employment report that makes it harder for the Fed to bring the economy into balance soon.

There were 10.7 million job openings at the end of June, with 1.8 openings for every unemployed worker.

The U.S. central bank last month raised its policy rate by another three-quarters of a percentage point as part of its effort to quash high inflation. The Fed has now hiked that rate by 225 basis points since March. 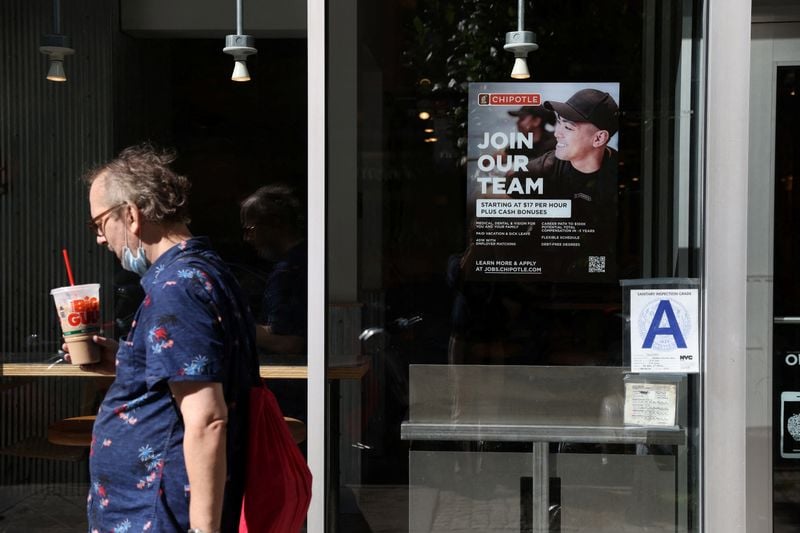