BEIJING – As the dust settles from China’s military exercises around Taiwan, the message is clear: the military will uphold China’s claim on the island in a challenge to the United States that will keep tension high and ramp up the risk of confrontation.

“This crisis strengthened the view in China that unification with Taiwan is probably only achievable through coercive means,” said Zhao Tong, a security scholar with Carnegie Endowment for International Peace.

China’s immediate response to the Pelosi visit was its biggest-ever military exercises around Taiwan.

For the first time, the People’s Liberation Army practised operations aimed at a blockade of the island, the likely first step towards an invasion.

Also for the first time, missiles flew over the island and ships crossed the unofficial median line in the Taiwan Strait, set down by the United States in the 1950s but never formally recognised by China.

Security analysts expect Chinese forces, particularly the navy, to maintain extensive patrols around Taiwan, pushing over the median line and establishing long-term dominance over the waterway.

Even before the exercises, China has claimed sovereignty over the strait, which the United States and Taiwan say is an international waterway.

“China showed that it has the power to enforce its words and that its words are not just empty diplomatic posturing,” said Wang Kun-yi, who chairs the Taiwan Society for International Strategic Studies.

“The drills changed the status quo of the Taiwan Strait, originally established by the Americans. We’re waiting to see if the Americans will take any action to revert this status quo.”

The White House has rejected any new status quo, and vowed that it will conduct air and maritime transits through the strait in coming weeks.

Taiwan’s government says that as the People’s Republic of China has never governed the island it has no right to claim it or decide its future.

As the drills wound down on Wednesday, China released its first white paper on Taiwan since 2000, reaffirming a preference for “peaceful reunification” with Taiwan.

But it withdrew a pledge not to station troops in Taiwan after taking control.

While the affirmation of peaceful unification shows China is not planning an imminent invasion, the suspension of some channels for military communications after Pelosi’s visit has weakened the guardrails to manage inadvertent conflict with the United States, ratcheting up longer-term military risks.

“Confrontation between China and the U.S. will shift into a higher gear,” said Shi Yinhong, a professor of international relations at Renmin University.

In a protest against Pelosi’s visit, China also suspended cooperation with the United States in areas including climate change and anti-narcotic operations and announced unspecified sanctions against Pelosi and her family members.

The drills and tough responses from some Chinese diplomats whipped up nationalistic passions, with many citizens going online to call for “reunification of the motherland”.

But cooler-headed policy insiders and intellectuals say there is no real danger of Xi’s hand being forced by a public outcry to make a move on Taiwan before he is ready.

“Chinese leaders may use the people’s nationalist sentiments to justify their policy decisions and pressure other countries, but it doesn’t work the other way round – the leader won’t be pressured by public sentiment into acting rashly,” a policy insider told Reuters on condition of anonymity.

“Using force against Taiwan is not the best solution now.”

According to Reuters calculations based on Chinese customs data, citrus fruit and fresh and frozen fish on Beijing’s trade suspension list accounted for only 0.01% of China’s total imports from the island in 2021.

Taiwan’s public remained largely nonchalant to the warnings from Beijing officials, laughing off messages from hackers protesting against Pelosi’s visit that were beamed onto display screens at convenience stores and railway stations.

A hard line by Beijing during Taiwan’s presidential elections in 2000 and 2020 nudged voters towards candidates like Chen Shui-bian and Tsai Ing-wen, respectively, who China views as supporters of independence.

Elisa Cheng, 28, who works in advertising in Taipei, told Reuters that people her age doubt China would invade Taiwan.

“But if it really happens, we will be like Hong Kong. China will just eat us.” 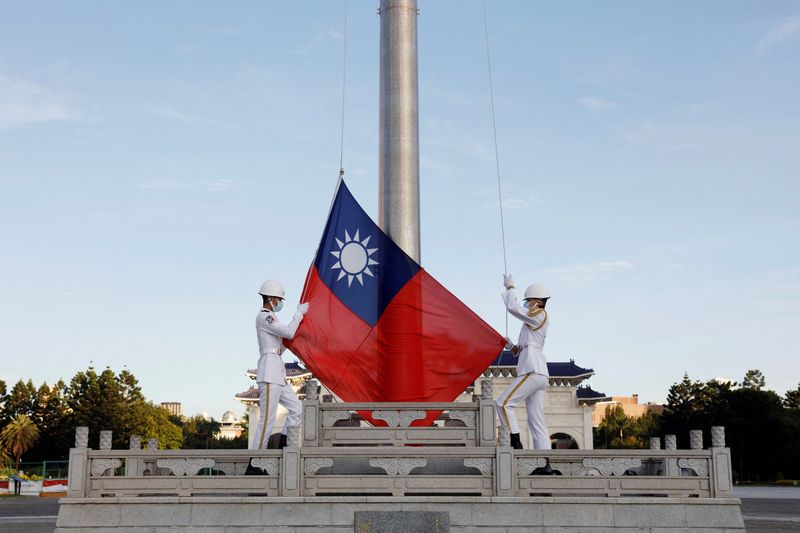 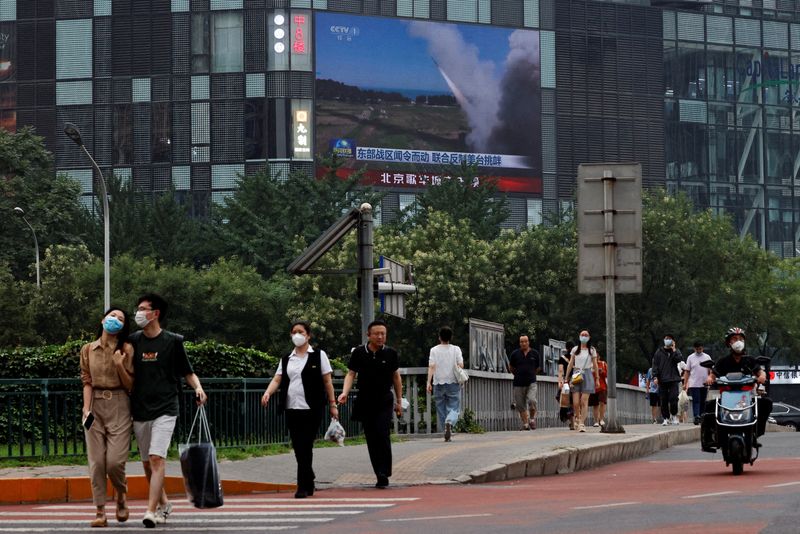 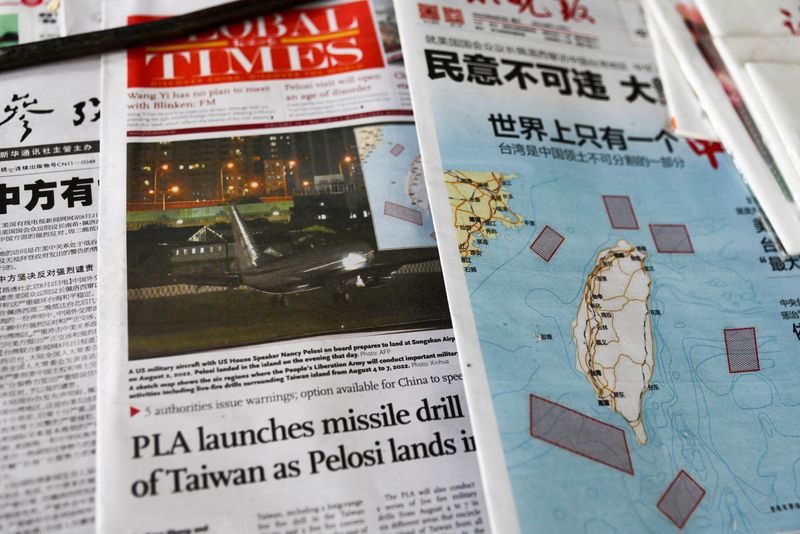