By Johan Ahlander and Simon Johnson

OREBRO – In the span of eight days in May, three young men were shot dead in a small neighborhood of the town of Orebro, part of a wave of gang violence spreading from big cities to small-town Sweden that is topping voters’ concerns ahead of elections next month.

The killings took place in Varberga, a collection of low-rise brick houses about two miles (3 km) from Orebro’s picturesque city centre in central Sweden. The neighborhood is home to about 3,300 people, many of them of Christian Syrian origin.

It is one of 61 areas in Sweden, all with a high proportion of immigrants, listed by police as risk areas for rising gang violence. The government says gang crime, fuelled by the drug trade, is linked to poor integration of Sweden’s large immigrant community.

“I have lived all over Orebro and I used to love this neighborhood, but now I think I may have to get out of here,” said Asa Ahlgren, 65, a retired social worker.

Ahlgren is a friend of the family of the first victim, a 30-year-old man from the Syrian community, and her apartment overlooks the parking lot where he was slain.

The police has not named the victim but said he was not previously known in relation to any crime.

Police said the three execution-style killings in Orebro – which is home to around 130,000 people – appear to be gang related but no suspects have been detained. It declined to provide further details, citing the ongoing investigations.

Gang crime is not new to Sweden.

A report last year from the Swedish National Council for Crime Prevention showed that, of 22 European countries with comparable data, only Croatia had more gun deaths per capita over the last four years, a stark contrast to two decades ago when Sweden was toward the bottom.

Whereas gun violence used to be mostly confined to the immigrant-dominated suburbs of Sweden’s three largest cities – Stockholm, Gothenburg and Malmo – in recent months smaller towns have increasingly born the brunt.

So far this year, 44 people have been shot dead in Sweden, almost all of them in connection with suspected gang crime, according to police. That compares to 46 for all of 2021.

And more than half of the shootings this year have occurred outside the three major cities – compared with an average of around 35 percent in recent years – as many gangs have branched out across the country.

Mattias Forssten, the Orebro Police chief superintendent, said the number of gangs in the town had risen to between 10 and 15, and they have become far more violent. Most of them have some connection to criminal groups in the major cities, he said.

“Where maybe 10 years ago they gave someone a beating, they then switched to shooting each other in the legs. Now they shoot each other in the head,” Forssten said, adding that the violence was often caused by turf-wars over drug sales.

As the violence has spread, it has risen to the top of voter concerns for the first time since such polling began, with 41% saying crime was their biggest worry according to a report this year by Gothenburg University’s Society, Opinion and Media Institute.

That poses a problem for Sweden’s ruling Social Democrats, who are seeking a third consecutive term at the Sept. 11 election.

Despite tougher gun control laws and additional resources for policing, the Social Democrats have been unable to stem the rise in gang crime during their eight years in power.

“I haven’t completely made my mind up yet but I’m leaning towards not voting for the Social Democrats for the first time in a very long time,” said Niklas Andersson, 49, a construction worker in Orebro. “I think we might need new ideas to stop the gangs. We have been too naive.”

The centre-left coalition – consisting of the Social Democrats, the Greens, the Left Party and the Centre Party – are tied in polls ahead of the election with the centre-right bloc made up by the Moderates, the Christian Democrats, the Liberals and the Sweden Democrats.

But most voters see the opposition Moderates as having the best policy for law and order, while they favor the far-right nationalist Sweden Democrats’ tough line on immigration, according to a June poll by Novus.

Police cite social exclusion, poor integration, a growing gap between rich and poor, and increasing drug use as the root causes behind the rise in violence.

The centre-left and centre-right blocs are competing, meanwhile, to propose stricter measures to tackle the gangs.

“What has happened over the last 20 years is that Sweden has seen organized crime become established in a way that it wasn’t before, closely associated with the drug trade,” Justice Minister Morgan Johansson, a Social Democrat, told Reuters.

The government has introduced or proposed a swath of new measures, such as hiring more police, and making it easier to electronically surveil suspected criminals and tougher sentences for violent crime and gun possession. The opposition wants more.

The Sweden Democrats have hit a nerve with voters by blaming the problems on immigration and the failure to integrate many of the 2 million “new Swedes” to arrive in the past two decades.

They blame past and present prime ministers – such as former right-wing leader Fredrik Reinfeldt and Magdalena Andersson of the Social Democrats – for what they call irresponsible immigration policies.

“Fredrik Reinfeldt brought them here, Magdalena Andersson gave them benefits and the Sweden Democrats are going to lock them up and kick them out of the country,” Sweden Democrat leader Jimmie Akesson said in a recent speech.

Prime Minister Magdalena Andersson conceded this spring that Sweden has failed to integrate the huge number of immigrants it has taken in over the past two decades and that it has led to parallel societies and gang violence.

Roughly 20% of Sweden’s 10.5 million inhabitants were born abroad, according to government statistics, with Syrians accounting for the largest single group.

In addition to sending back asylum seekers convicted of crimes to their home countries, the Sweden Democrats want a broad initiative to send back immigrants, both by slashing economic benefits and encouraging them to leave.

In Varberga, Asa Ahlgren is still counting the cost of the violence that has shocked the neighbourhood.

“He was due to get married next month,” she said, looking at the drying flowers that marks the spot where the first victim was killed. “It’s such a tragedy.” 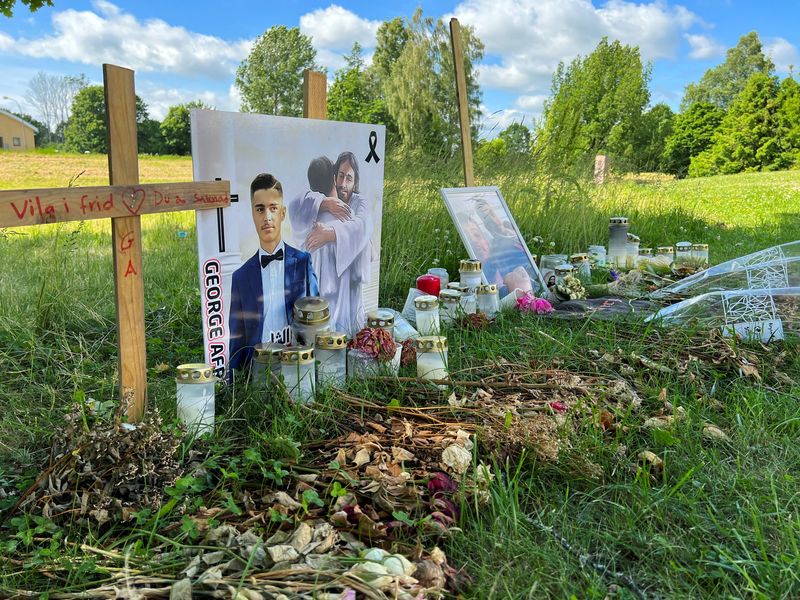 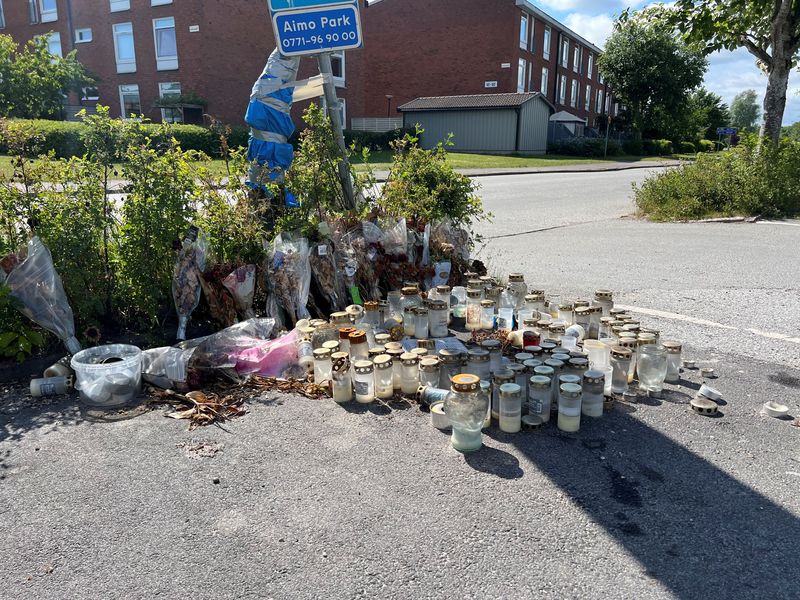 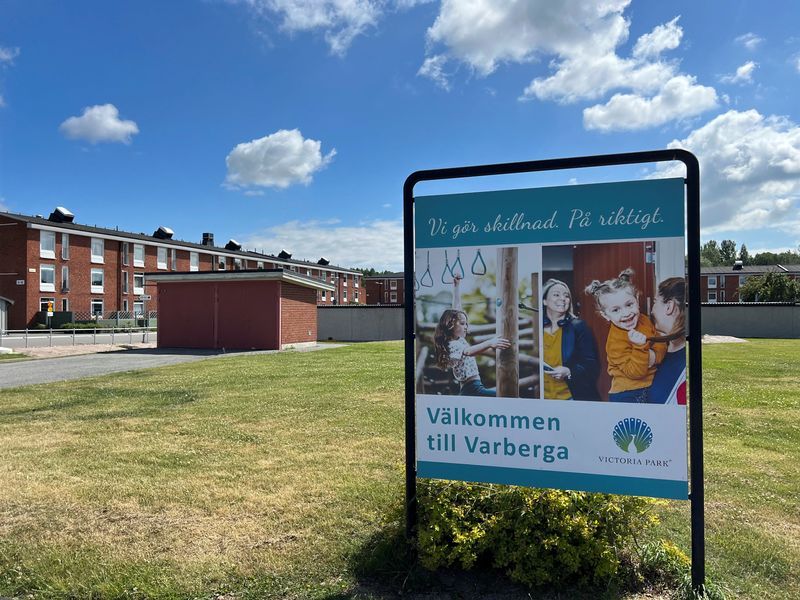 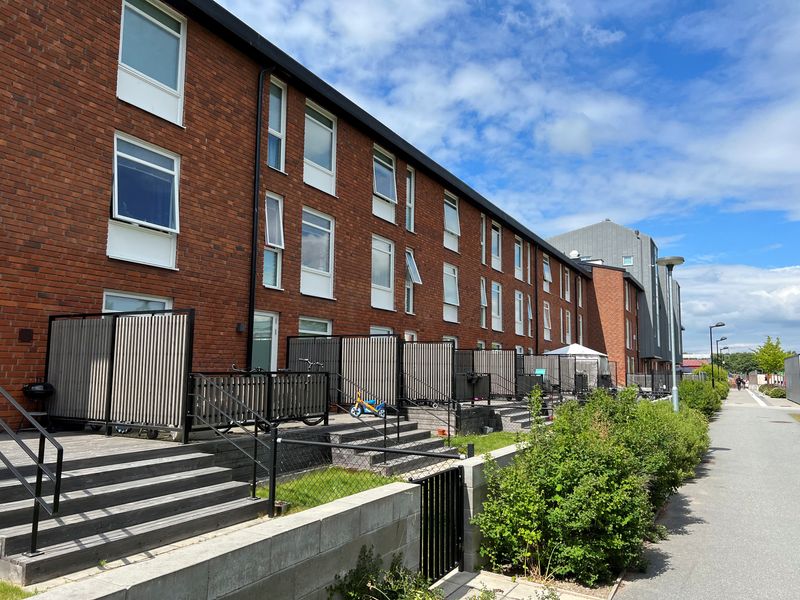 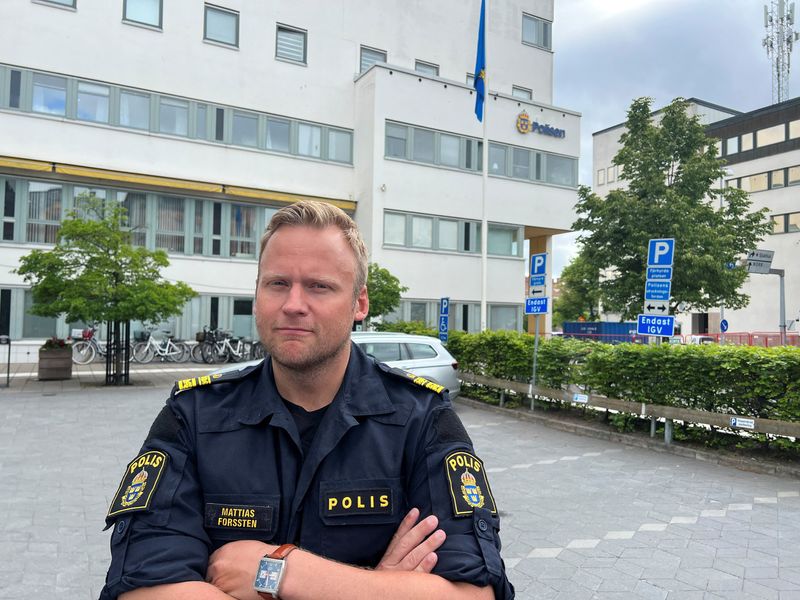