WASHINGTON – The Biden administration on Friday announced it is putting more than $3 billion into two federal programs to help communities deal with floods, wildfires, extreme heat and other problems imposed by climate change.

Funding for the Building Resilient Infrastructure and Communities (BRIC) program, which funds projects that protect people and infrastructure from natural hazards and the effects of climate change, will more than double to nearly $2.3 billion.

The Flood Mitigation Assistance program, which funds projects to help mitigate flood risks for homes and communities, will see a five-fold increase in funding to $800 million.

“Chronic lack of investment in climate resilience has only made matters worse for America’s crumbling infrastructure,” FEMA Administrator Deanne Criswell said in a statement.

“Unfortunately, these issues are magnified in

historically underserved communities.” Through the funding “we seek to correct this injustice and ensure that every community is better able to prepare before disasters strike,” Criswell said.

Last year, in just one example of the type of disaster that scientists say are made worse by climate change, Hurricane Ida https://www.reuters.com/markets/commodities/killer-heatwaves-floods-climate-change-worsened-weather-extremes-2021-2021-12-13 hit Louisiana as a Category 4 storm, killing nearly 100 people and causing an estimated $64 billion in damage.

The White House said in April https://www.reuters.com/world/us/exclusive-climate-change-could-cost-us-budget-2-trln-year-by-end-century-white-2022-04-04 that the upper range of climate change’s hit to the U.S. budget by the end of the century could total a 7.1% annual revenue loss, equal to $2 trillion a year in today’s dollars.

(This story corrects to fix Criswell’s name on second reference) 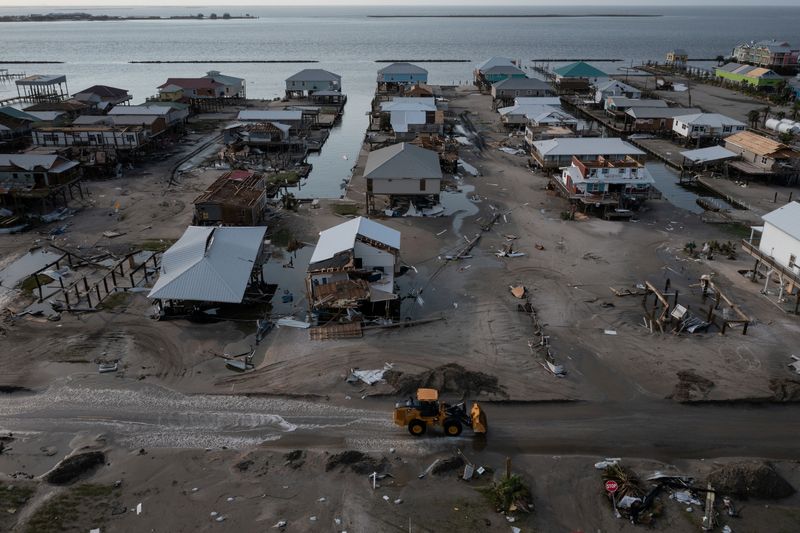