HONG KONG -China Tourism Group Duty Free Corp is aiming to raise up to $2.16 billion through a new listing in Hong Kong, according to a term sheet reviewed by Reuters, in what will be the largest share sale in the city so far this year.

The offer has already been fully subscribed, according to two people with direct knowledge of the matter. The sources spoke on condition of anonymity because they were not authorised to discuss the matter with media.

China Tourism, which has built the largest duty-free retail network in China, did not respond to a request for comment on the deal’s launch or subscription rate.

The launch of the deal comes as Hainan island, in China’s south where China Tourism has several major shopping outlets, remains under tight restrictions due to an outbreak of COVID-19.

The price range represents a 29.3% to 38.7% discount to the stock’s 201.19 yuan closing price on Thursday in Shanghai. The Shanghai shares fell 3.1% on Friday after the Hong Kong deal was launched.

Hong Kong share sales of Chinese-listed companies are typically offered at a discount to entice investors to buy the stock but the flagged discount of China Tourism is higher than normal. The rate was chosen to help ensure the stock trades positively in the secondary market, one of the sources with direct knowledge told Reuters.

China Tourism’s Shanghai-listed shares have recovered most of their losses since lockdowns across Hainan began to be ordered last week. Its shares are down 11% year-to-date.

China Tourism plans to set the final price next Thursday, the term sheet said, and the Hong Kong stock will start trading Aug. 25.

Almost 40% of the stock on offer in the deal has been sold to cornerstone shareholders who will invest about $795 million, according to the term sheet.

Sanya, a holiday city on the southern end of Hainan island at the centre of the COVID outbreak, reported 1,690 symptomatic and 1,504 asymptomatic cases from Aug. 1 through Aug. 10.

The duty-free shop operator’s deal, if executed, would surpass Tianqi Lithium’s $1.71 billion deal, which opened in late June, to become the biggest share sale in Hong Kong in 2022.

Tianqi’s Hong Kong shares were priced at a 50% discount to its Shenzhen stock and are trading only marginally higher since it debuted in mid-July.

“After the tepid performance by Tianqi Lithium, the only way they could get away with the China Tourism deal was by offering it at a decent discount,” said Aequitas Research director Sumeet Singh, who publishes on Smartkarma.

“If it does go well other deals should follow as the pipeline for Hong Kong deals is now fairly full and needs to get moving soon.”

There has been $4.9 billion worth of initial public offerings and secondary share sales in the city this year compared to $34.7 billion at the same time last year, according to Dealogic data.

It is the slowest year-to-date for new listings since 2009. 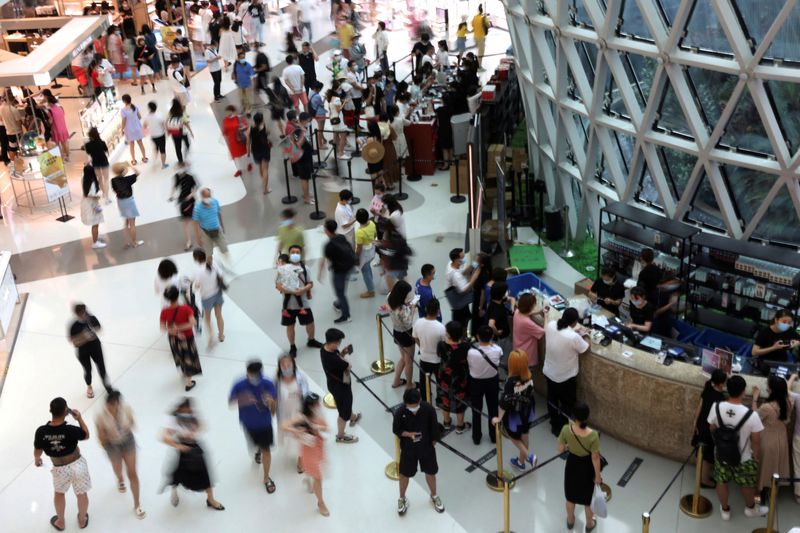