ORLANDO, Fla. – The U.S. Federal Reserve’s plan to unwind its bond-bloated balance sheet has taken a backseat to its dramatic interest rate hikes of recent months – but it may make a comeback at Jackson Hole.

There’s probably not much more guidance Fed chief Jerome Powell can give markets on the policy rate outlook at the annual central bank get-together in the Wyoming resort later this month – not least because the Fed itself admits there’s little long-term visibility on inflation or the economy right now.

The Fed’s stance on rates seems fairly clear – it will continue to lift them, even into restrictive territory, and hold them there until it sees inflation and inflation expectations are on a sustainable path down toward its 2% target.

But anything Powell says about “QT” and reducing the bank’s near-$9 trillion balance sheet will grab a lot of attention – in part because investors and policymakers have been so vague to date on how they view the impact of such liquidity withdrawal alongside the aggressive rate-hiking campaign.

Quantitative tightening, the reversal of quantitative easing, will see the Fed reduce its Treasuries and mortgage-backed securities (MBS) holdings. The program started in June and will ramp up to as much as $95 billion a month in September.

Under these assumptions, the balance sheet will shrink by some $2.2 trillion by the end of 2024 through capping reinvestments. No outright asset sales are planned yet.

So QT is not even fully operational. But it is hard to see how, in the words of former Fed Chair Janet Yellen in 2017 before the Fed’s last QT venture, that the process will be akin to “watching paint dry”.

Simply put, no one knows what the impact of reducing the central bank’s balance sheet by $2 trillion will have on borrowing costs, financial conditions, and market functioning.

That would be true at the best of times, never mind when the economy is flirting with – or perhaps has already entered – recession, inflation is near a 40-year high, the yield curve has rarely been more inverted, and the bond market is plagued by high volatility and thin liquidity.

The Kansas City Fed’s Jackson Hole symposium on Aug. 25-27 would be the perfect forum for Powell to offer jittery investors a bit more visibility or reassurance on QT, no matter how thick the fog of uncertainty is.

“The Fed wants QT to be running on autopilot. Powell has already said he thinks the bond market can handle QT, but market liquidity has been very poor recently. I don’t think QT is priced into the market,” Wang says.

Speaking to reporters last month after the Fed raised rates 75 basis points for the second consecutive meeting, Powell said he full expects the bond market to absorb the extra supply.

He also estimated that it will take up to two and a half years before bank reserves fall to a level below which the banking system has difficulty functioning smoothly.

But significant doubt hangs over these assumptions, and there are other unknowns to consider.

For example, who will the marginal buyer of these bonds be? Money market funds are parking their cash at the Fed’s reverse repo facility, hedge funds are nursing painful losses and have little appetite to lever up, and banks’ and dealers’ capacity to hold more bonds appears limited.

Could Powell offer his thoughts on this? Or how the most inverted yield curve in over 20 years may affect QT plans?

Two Fed research papers last month warned that balance sheet reduction could have negative consequences for an already-strained Treasury market and trigger an uncomfortably sharp spike up in interest rates.

Should these conditions persist, the life expectancy of QT may be curtailed.

“The more QT progresses, the more strains the market is likely to experience because the discrepancy between dealer capacity and size of the private market will increase. A potential cut in QT expectations would be a positive for both risk asset prices and Treasury prices,” they wrote on Tuesday.

Powell and colleagues may cast an eye over the Atlantic to gauge the market impact from QT. The Bank of England is further down the road on reducing its balance sheet, and is about to begin actively selling bonds. 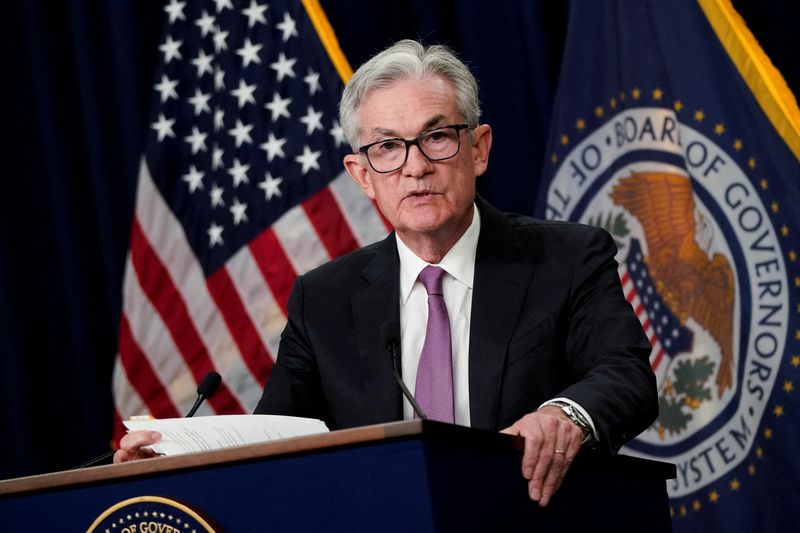