PARIS – French cartoonist Jean-Jacques Sempe, who won international acclaim with a series of more than 100 drawings for the covers of The New Yorker magazine, has died at the age of 89.

“Tender irony, the delicatesse of intelligence, the jazz: we will not be able to forget Sempe. We will sorely miss his view of the world and his pencil,” French President Emmanuel Macron wrote on Twitter.

One of France’s most famous visual artists, Sempe drew scenes of daily life in elaborate detail, usually from an overhead or faraway perspective and in pastel colours.

Born Aug. 17, 1932 in a village near Bordeaux, Sempe did not complete high school, drifted from job to job and briefly joined the army before moving to Paris in the 1950s and starting to earn a living with his drawings.

He had his first success in the late 1950s with the “Le Petit Nicolas” series of children’s books about a schoolboy, with Asterix writer Rene Goscinny.

His international breakthrough came in the late 1970s, when he started drawing covers for The New Yorker, sketching city life as seen by an outsider looking in, his characters often lost in big crowds or set against wide panoramas.

Most of his drawings had little or no dialogue, but short captions often subtly hint at the characters’ worries or hopes.

“There is a lot of silent emotion in the drawings of Sempe,” Le Monde cartoonist Plantu said on France Inter radio.

A November 2015 New Yorker cover shows a wealthy-looking older couple going for an autumn stroll on a New York sidewalk as two uniformed doormen shovel dead leaves in front of them to create the illusion of a walk in the forest.

People riding bicycles were one of Sempe’s favourite subjects.

“It’s always been one of my dreams — to have a group of friends who go for bike rides in the country every Sunday morning. In real life, it never happened. I kept trying to organize it but everyone was always too busy to slow down for it,” he told The New Yorker in a 2019 interview. 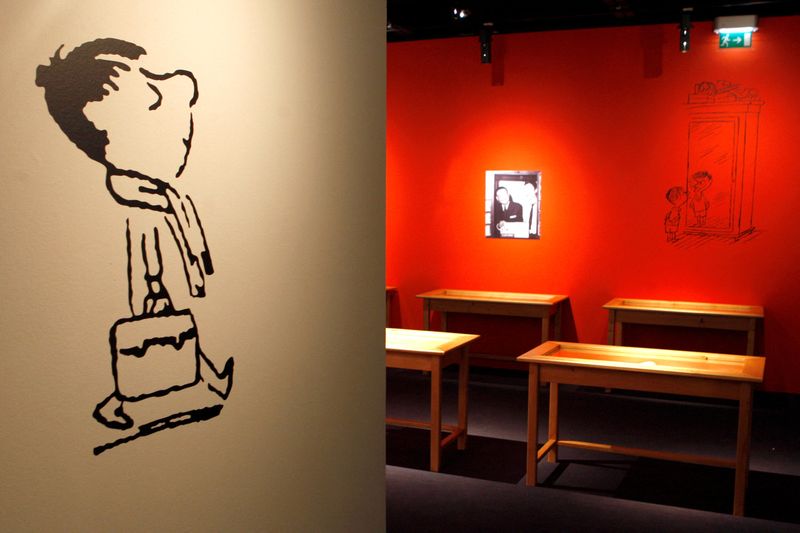