By Gus Trompiz and Forrest Crellin

An estimated 53% of French grain maize was in good or excellent condition by Aug. 8, down from a revised 62% for the previous week, FranceAgriMer said in a cereal crop report on Friday.

That was the lowest maize score for the time of year in FranceAgriMer data going back to 2011.

This year’s rating has shed around 30 percentage points in the past month, spoiling what had been a good start to the growing season.

Maize is among the crops most exposed to France’s worst drought on record, which has been exacerbated by successive heatwaves that have also fanned wildfires.

A year ago, 91% of maize was rated good or excellent by the same week, FranceAgriMer said.

Maize crops may have suffered more damage this week as torrid weather continued, with temperatures expected to reach near 40 degrees Celsius (104°F) in the southwest on Friday.

“This week has been one too many, it’s going to cost us dearly,” said Dominique Defay, a farmer who grows maize in the Sarthe and Mayenne regions in northwestern France.

“I can’t tell what yields are going to be like, there will some crops that are alright and others that are disastrous.”

French farmers are watching to see whether storms forecast from this weekend bring rain and cooler temperatures to avert further maize losses.

Other parts of Europe have also endured severe drought and extreme heat this summer, leading forecasters to slash their expectations for this year’s EU maize crop, crucial to feeding the bloc’s livestock herd.

That has raised concern of supply tension as shipments from Ukraine, the EU’s biggest maize supplier, remain disrupted by war despite the resumption of maritime trade under a diplomatic agreement.

The hot, dry summer is expected to lead to an early start to French maize harvesting in the coming month, after quicker than usual harvests for other cereals. 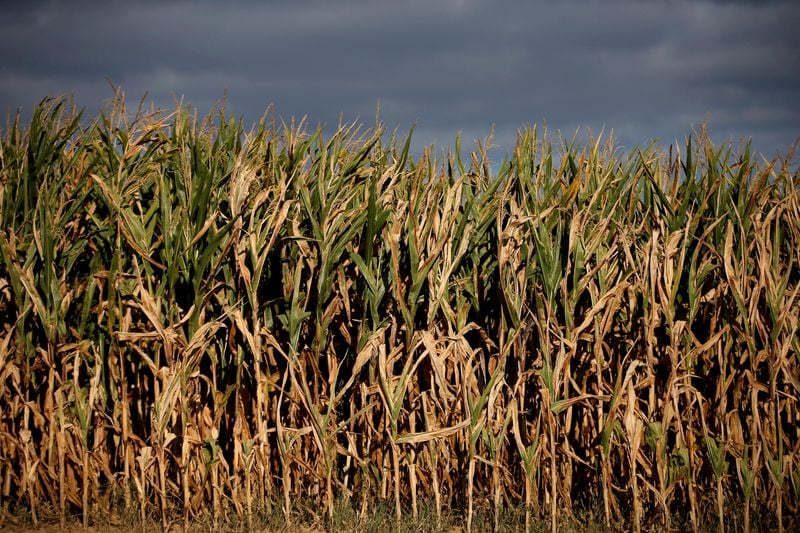