ATHENS -An Iranian-flagged tanker is reloading oil confiscated in April by the United States after Greek authorities approved the release of the cargo, Iran’s embassy in Athens and sources familiar with the matter said on Friday.

“The operation to transfer Iran’s stolen oil to the Lana … is underway in Greek waters, and the ship will soon depart for our country with a full shipment of oil,” Iran’s embassy in Greece said on its Twitter account.

“The transfer has started,” a source with knowledge of the matter told Reuters on condition of anonymity, while a second source said the process started on Friday and was expected to be completed in days.

Tehran had previously warned of “punitive action” against Athens over the case, which has strained relations between the two countries after the United States hired a ship to impound the oil from the Lana tanker, when it was anchored off Greece.

The U.S. State Department said in July it was “respectful that this case went through the Greek judicial process”.

The Lana, formerly the Pegas, had been expected to sail to the United States before Greece’s supreme court ruled the cargo should be returned to Iran.

The ship had been anchored off the Greek port of Piraeus since late July waiting to reload part of its oil consignment held on the U.S.-chartered tanker the Ice Energy.

The removal of oil from the Lana prompted Iranian forces in May to seize two Greek tankers in the Middle East Gulf, which have not yet been released.

“Instead, this decision by the Greek courts tells Iran that there are no repercussions for its hijacking of tankers,” Jungman told Reuters. 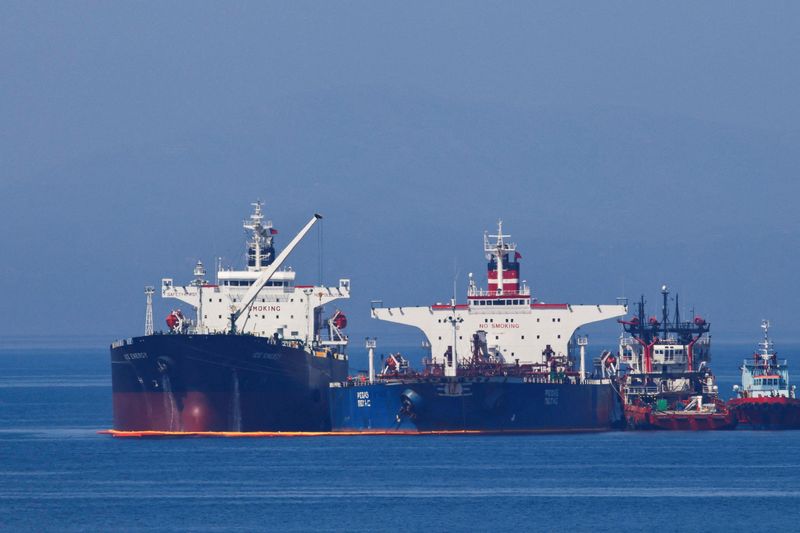