(Reuters) – A federal judge in California has preliminarily approved a $24 million settlement between the U.S. women’s national soccer team (USWNT) and governing body U.S. Soccer in a years-long dispute over equal pay for female athletes.

U.S. Central District of California Judge Gary Klausner granted a motion to approve the landmark settlement filed by the players on Thursday and scheduled a hearing on Dec. 5 when he is expected to give final approval to the settlement.

“The unopposed settlement agreement accomplishes the plaintiffs’ goal for litigation: equal pay,” he wrote in his order. “The court is satisfied that the settlement is a fair and reasonable resolution.”

The two sides said in February that they have agreed to resolve their years-long dispute over equal pay. The agreement was for $22 million that will be distributed among players based on individual playing time.

An additional $2 million will be put in a fund to benefit players in their post-career goals and charitable efforts related to women’s and girls’ soccer.

U.S. Soccer also committed to providing an equal rate of pay going forward for the women’s and men’s national teams in all friendlies and tournaments, including the World Cup.

The agreement ended a dispute dating back to 2016 when some players filed a federal wage discrimination complaint claiming they were paid less than male players even though they generate more income for the United States Soccer Federation.

Then in 2019 the U.S. women’s national soccer team sued U.S. soccer’s governing body seeking $66 million in damages under the Equal Pay Act over allegations of gender discrimination in compensation and nearly every other aspect of their playing conditions.

In May 2020, Klausner threw out the players’ claims for equal pay but allowed their claims about playing conditions to go forward. The players reached a settlement on the conditions part of the lawsuit and had appealed against the wage decision portion.

(Reporting by Brendan O’Brien in Chicago; Editing by Christian Radnedge) 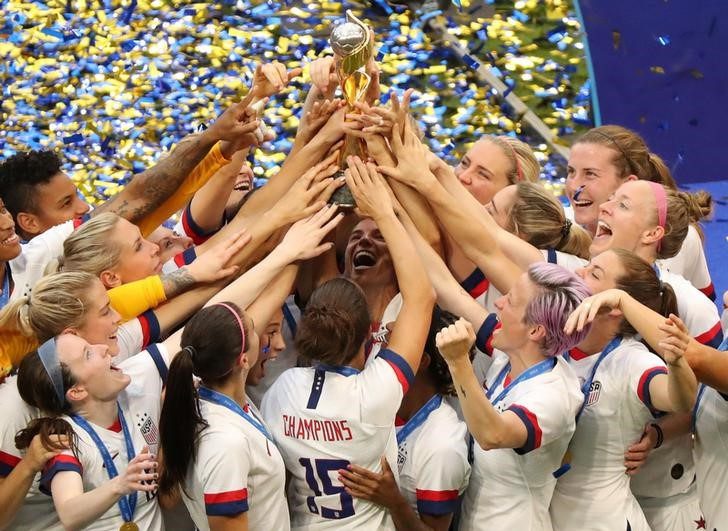