NEW YORK – Cushman & Wakefield, which appraised several properties belonging to Donald Trump, is no longer in contempt of court for not complying with a subpoena for the New York attorney general’s civil probe into the former U.S. president’s business.

In an order made public on Friday, Justice Arthur Engoron of a New York state court in Manhattan said Cushman had “purged its contempt of court,” and that under an agreement with Attorney General Letitia James “no fines were paid, or need be paid.”

The attorney general is investigating whether Trump and his family business, the Trump Organization, fraudulently inflated the values of golf clubs, hotels and other assets to obtain loans, and reduced those values to save on taxes.

Engoron had on July 6 ordered Cushman, one of the world’s largest real estate companies, to pay a $10,000-a-day fine for failing to comply with James’ subpoenas.

He chastised Cushman for missing a deadline to turn over documents, saying the company “has only itself to blame if it chose to treat the looming deadlines cavalierly.”

Cushman countered that it had already produced hundreds of thousands of pages of documents, and had acted in good faith.

Engoron had in April also held Trump in contempt for not cooperating with James.

On Wednesday, Trump sat for hours under oath in a court-ordered deposition for James’ probe.

In a statement on Wednesday, Trump again denied wrongdoing, and called James’ probe a “vindictive and self-serving fishing expedition.” Trump is a Republican, and James is a Democrat. 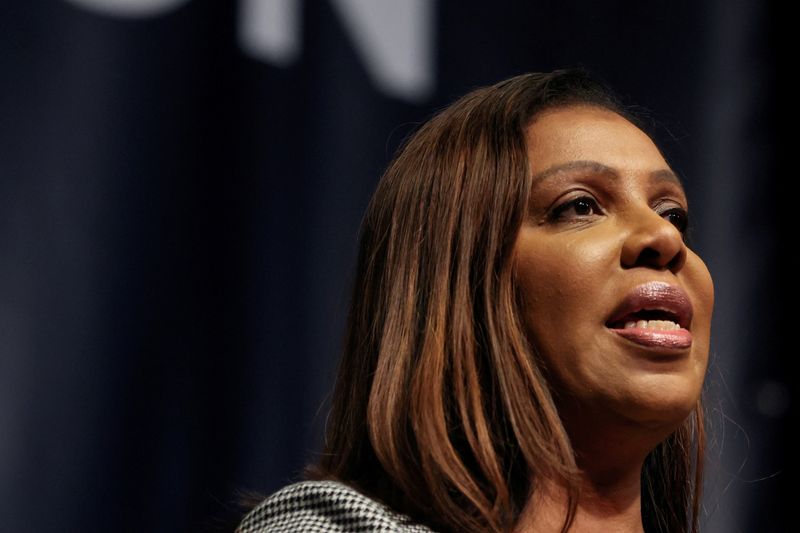