By Ahmad Ghaddar and Rowena Edwards

LONDON – Europe is heading into winter with seasonally low levels of diesel in storage tanks, with major implications for the continent’s industries and drivers in the run-up to EU sanctions on Russian crude oil and refined product supplies.

Diesel, along with other distillate fuels such as heating oil and gasoil, are the lifeblood of industry with uses ranging from powering factories to heating homes, in addition to being used as a motor fuel.

When Russia, which supplies Europe with about 60% of its import requirement, invaded Ukraine on Feb. 24, the diesel market went into shock as it priced in a possible cutoff of those supplies.

The six-month spread in European diesel futures went into a record backwardation of nearly $600 a tonne.

In a backwardated market, current prices trade at a premium to prices for future deliveries, which makes it uneconomical for traders to put diesel into storage and book a profit.

“No one in their right mind would put diesel into tanks at those levels,” one European trader said.

The result has been that European distillate stocks held by refiners are trending much lower than their historical averages.

Stocks of diesel and gasoil in commercial sites in the Amsterdam-Rotterdam-Antwerp (ARA) hub are also well below their historical average, data from Dutch consultancy Insights Global shows.

The spread currently stands at about $100 a tonne, still well above levels for this time of year.

Compounding the situation further, extremely hot and dry weather in Europe has led to unseasonably low water levels on the Rhine river, a key waterway for moving barges carrying fuel from the massive oil refineries and tank farms in ARA to Germany, France and Switzerland.

Water levels at the gauge point of Kaub in Germany currently stand at 42 cm, and Germany’s electronic waterway information service for inland shipping, or ELWIS, forecasts levels to drop further to 34 cm in the coming days.

According to consultants FGE Energy, 240,000 barrels per day (bpd) of oil products traversed the Rhine to be unloaded in Germany in 2021, more than 10% of the country’s oil demand.

At current levels, barge owners are opting to load their vessels at about a quarter or less of their 2,000-3,000 tonne capacity to avoid grounding into the riverbed.

This has created major bottlenecks along the route and has raised barge freight rates in some areas to record highs.

While oil products also move through pipeline and by rail into Germany, those are already operating at full capacity, FGE says. Trucking is an option, but high fuel costs make this option uneconomical, they added.

“A major disruption to an important gasoil/diesel supply route from ARA to inland Europe could not come at a worse time,” FGE said.

The market is already tight due to refinery outages in Austria, which along with Germany and Switzerland will be looking to build heating oil stocks ahead of winter.

Soaring natural gas prices which are encouraging a switch to oil products for power generation could also tighten the market further, FGE said.

The International Energy Agency on Thursday raised its forecast for oil demand growth for this year by 380,000 bpd to 2.1 million bpd citing the gas-to-oil switch.

Europe continues to rely heavily on Russia to satisfy its diesel demand, with 60% of Europe’s seaborne diesel imports originating from the country in July, according to data from Energy analytics firm Vortexa.

And with no evidence that companies are stockbuilding ahead of sanctions, traders expect Europe to be in for a winter shock.

“Who knows what is going to happen back end of this year early next, looks like it will be carnage for a bit,” another European trader said.

In July, the EU tweaked the sanctions to allow some EU firms to move Russian barrels to third countries in an attempt to limit the risks to global energy security, giving traders some leeway to re-route diesel from other regions to compensate for loss of Russian barrels.

“As such the market is less concerned about current low stock levels and assumes these inventories can more easily be replenished over the coming quarters,” said Neil Crosby, senior analyst at oil analytics firm OilX. 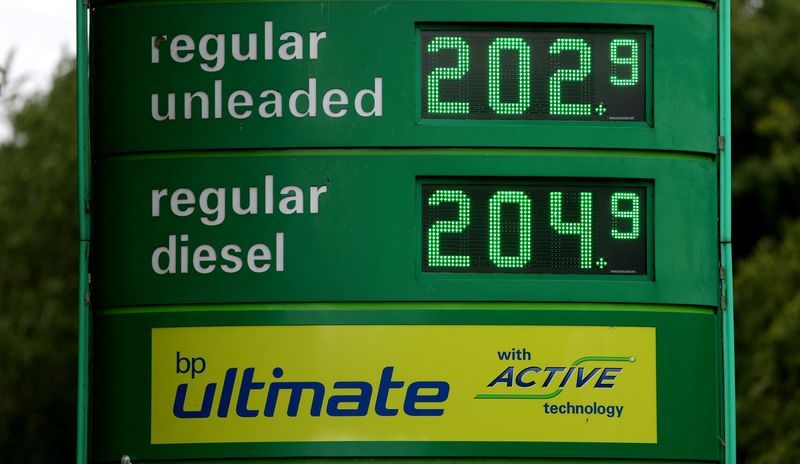