“We can think of no comparable incident of a public attack on a literary writer on American soil. Just hours before the attack, on Friday morning, Salman had emailed me to help with placements for Ukrainian writers in need of safe refuge from the grave perils they face. Salman Rushdie has been targeted for his words for decades but has never flinched nor faltered. He has devoted tireless energy to assisting others who are vulnerable and menaced. While we do not know the origins or motives of this attack, all those around the world who have met words with violence or called for the same are culpable for legitimizing this assault on a writer while he was engaged in his essential work of connecting to readers. Our thoughts and passions now lie with our dauntless Salman, wishing him a full and speedy recovery.”

NORWEGIAN PUBLISHER WILLIAM NYGAARD, WHO WAS SHOT AND SEVERELY WOUNDED IN 1993 AFTER PUBLISHING RUSHDIE’S WORK:

“Rushdie has paid a high price. He is a leading author who has meant so much to literature, and he had found a good life in the United States.”

“This appalling attack on my dear friend Salman represents an assault on freedom of thought and speech. These are the freedoms that underpin all our rights and liberties. Salman has been an inspirational defender of persecuted writers and journalists across the world. He is a fiery and generous spirit, a man of immense talent and courage and he will not be deterred.”

“I don’t know why this happened to Salman Rushdie or actually WHAT happened. But it brings back the memory of terrible days and years when-if you were a writer-you could be condemned to DEATH…for a book. For a book…”

“Come on, Salman Rushdie. We need you now more than ever.”

“PEN International utterly condemns the brutal attack on Salman Rushdie. Salman is an esteemed and celebrated author and beloved member of the PEN community, who has been facing threats for his work for years. No one should be targeted, let alone attacked, for peacefully expressing their views. We wish our dear friend a speedy recovery. Our thoughts are with him and his family.”

“Shocked and appalled to hear of the unprovoked and senseless attack on Sir Salman Rushdie. Freedom of expression is a value we hold dear and attempts to undermine it must not be tolerated. My thoughts are with Sir Salman and his family.”

“Appalled that Sir Salman Rushdie has been stabbed while exercising a right we should never cease to defend. Right now my thoughts are with his loved ones. We are all hoping he is okay.”

AUTHOR TASLIMA NASREEN, WHO FLED HER NATIVE BANGLADESH AFTER A COURT SAID SHE HAD HURT MUSLIMS’ RELIGIOUS FEELING WITH HER NOVEL ‘LAJJA’ (‘SHAME’):

“I just learned that Salman Rushdie was attacked in New York. I am really shocked. I never thought it would happen. He has been living in the West, and he has been protected since 1989. If he is attacked, anyone who is critical of Islam can be attacked. I am worried.”

“I’m utterly horrified by the cowardly attack on Salman Rushdie. I pray for his recovery. He is an essential voice and cannot be silenced.”

“This attack is shocking and appalling. It is an attack on freedom of speech and thought, which are two bedrock values of our country and of the Chautauqua Institution.”

“I hope Mr. Rushdie quickly and fully recovers and the perpetrator experiences full accountability and justice.”

“Horrified to learn that Salman Rushdie has been attacked at a speaking event in upstate New York. Wish him a speedy recovery.”

“Here is an individual who has spent decades speaking truth to power. Someone who’s been out there unafraid, despite the threats that have followed him his entire adult life, it seems. And it happened at a site that is a place that’s very familiar to me, a very tranquil, rural community known as Chautauqua, Chautauqua institution, where the most preeminent speakers and thought leaders and politicians and justices and everyone come together to have the free expression of thought. So this is a place ideal, ideally suited for him to be able to speak. … Our thoughts are with Salman & his loved ones following this horrific event.”

“Horrifying. An awful attack on a literary giant and one of the great defenders of freedom of expression. Thoughts with @SalmanRushdie and his loved ones.” 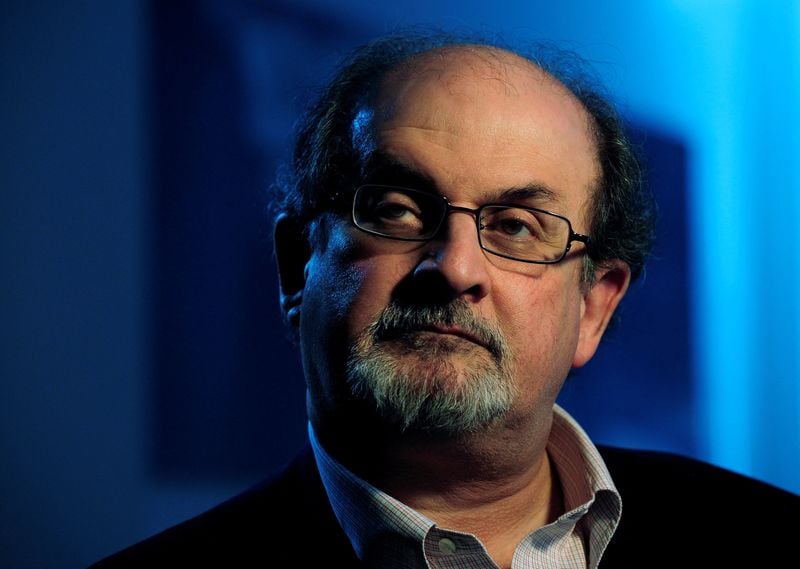