KYIV -Ukraine and Russia accused each other on Friday of risking catastrophe by shelling Europe’s largest nuclear power plant, occupied by Russian forces in a region expected to become one of the next big front lines of the war.

Western countries have called for Moscow to withdraw its troops from the Zaporizhzhia plant, but there has been no sign so far of Russia agreeing to do that. The plant was captured by Russian forces in early March but is still run by Ukrainian technicians.

The plant dominates the south bank of a vast reservoir on the Dnipro river that cuts across southern Ukraine. Ukrainian forces controlling the towns and cities on the opposite bank have come under intense bombardment from the Russian-held side.

Three civilians, including a boy, were wounded in overnight shelling of one of those towns, Marhanets, the governor of the Dnipropetrovsk region, Valentyn Reznichenko, said.

Kyiv has said for weeks it is planning a counteroffensive to recapture Zaporizhzhia and neighbouring Kherson provinces, the largest part of the territory Russia seized after its Feb. 24 invasion and still in Russian hands.

Donetsk regional governor Pavlo Kyrylenko said there was more shelling of the eastern town of Kramatorsk on Friday. Video posted on his Telegram channel showed major damage to private homes. Three people were killed, the town’s mayor said in a Facebook post.

Ukraine’s military said its artillery destroyed a Russian ammunition depot near a bridge about 80 miles (130 km) down the Dnipro river from the nuclear plant and said it could now strike nearly all Moscow’s supply lines in the occupied south.

“Today the Ukrainian armed forces struck the last, the fourth, bridge linking the left and right banks. This means the Russians no longer have any possibility of bringing in new equipment,” Khlan said.

There was no comment from Russian authorities on the reports.

Reuters could not confirm the reports independently.

Russia’s invasion of Ukraine has sent relations between the United States and Russia to a low point and on Friday a new warning was sent by Moscow about the rift deepening.

The United States is supplying Ukraine with weapons to defend itself and Russia has accused it of being directly involved in the war.

On Friday, a senior Russian official said Moscow had told Washington that if the U.S. Senate succeeded in passing a law to single out Russia as a “state sponsor of terrorism”, diplomatic ties would be badly damaged and could even be broken off.

Such a law would cause “the most serious collateral damage for bilateral diplomatic relations, to the point of downgrading and even breaking them off,” TASS news agency quoted Alexander Darchiyev, head of the North American department at the Russian Foreign Ministry, as saying.

Ukrainian President Volodymyr Zelenskiy has urged the United States and other countries to give Russia that designation, accusing its forces of targeting civilians, which Moscow denies.

“After everything that the occupiers have done in Ukraine, there can be only one approach to Russia – as a terrorist state,” Zelenskiy said in his nightly address on Friday.

Ukraine’s Energoatom agency, whose workers still operate the Zaporizhzhia plant under Russian occupation, said the power station was struck five times on Thursday, including near where radioactive materials are stored.

Russia says Ukraine is recklessly firing at the plant. Kyiv says Russian troops struck it themselves, and are also using the plant as a shield to provide cover while they bombard nearby Ukrainian-held towns and cities. Reuters could not verify either account.

“The Ukrainian Armed Forces do not damage the infrastructure (of the plant), do not strike where there may be a danger on a global scale. We understand that the invaders are hiding behind such a shield because it is not possible to strike there,” Natalia Humeniuk, spokesperson for Ukraine’s southern military command, told Ukrainian national television.

“There is no nuclear power plant in the world that was designed to operate in a war situation,” said Mycle Schneider, coordinator of the World Nuclear Industry Status Report.

Beyond a shell strike, a loss of electrical supply needed to keep the reactors cooled and the psychological state of the Ukrainian workers were major concerns, he said.

The main Ukrainian front lines have been comparatively static in recent weeks, but fighting has been intensifying lately in anticipation of what Ukraine says is a planned counteroffensive in the south.

Ukraine’s General Staff on Friday reported widespread shelling and air attacks by Russian forces on scores of towns and military bases, especially in the east where Russia is trying to expand territory held on behalf of separatist proxies.

One shell hit the road outside 74-year-old Iryna’s home in Kramatorsk on Friday morning, less than 12 miles from the frontline.

“Everything is destroyed. The windows are gone, the roof on one side is gone,” said the pensioner, who only gave her first name. “When it rains everything will be wet inside. What now? We don’t have the resources to leave. Where would we go?” 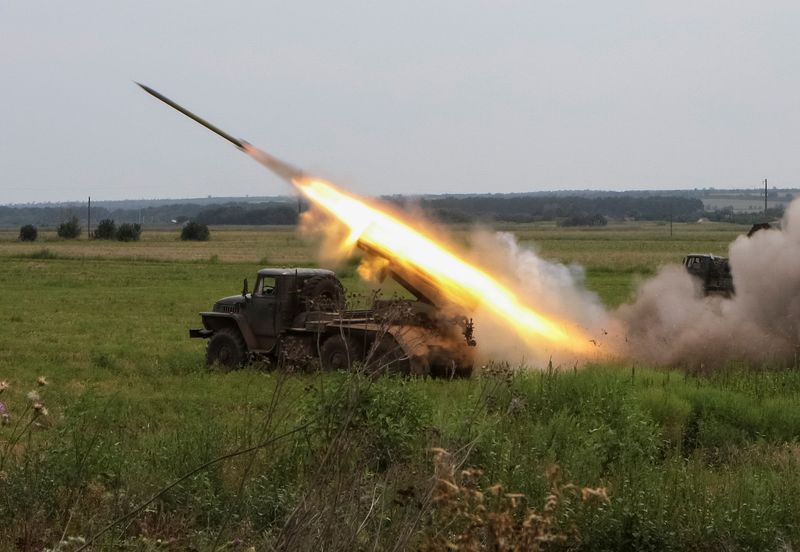 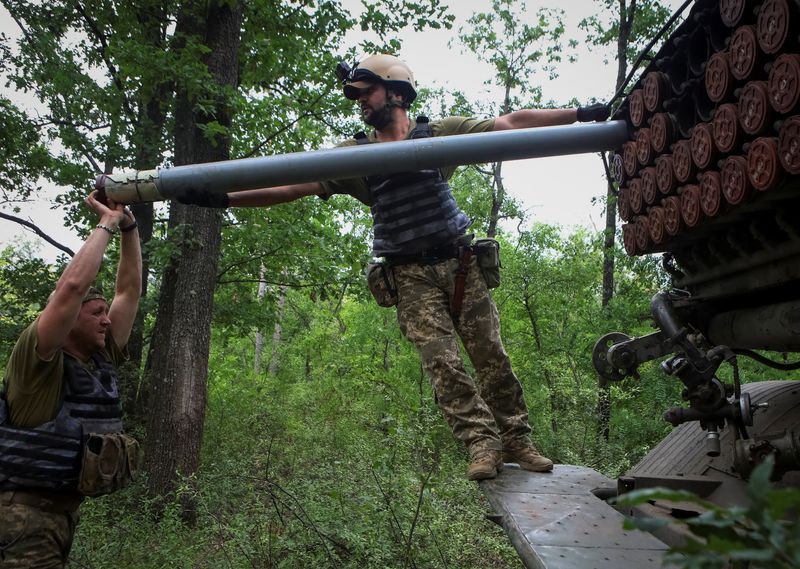 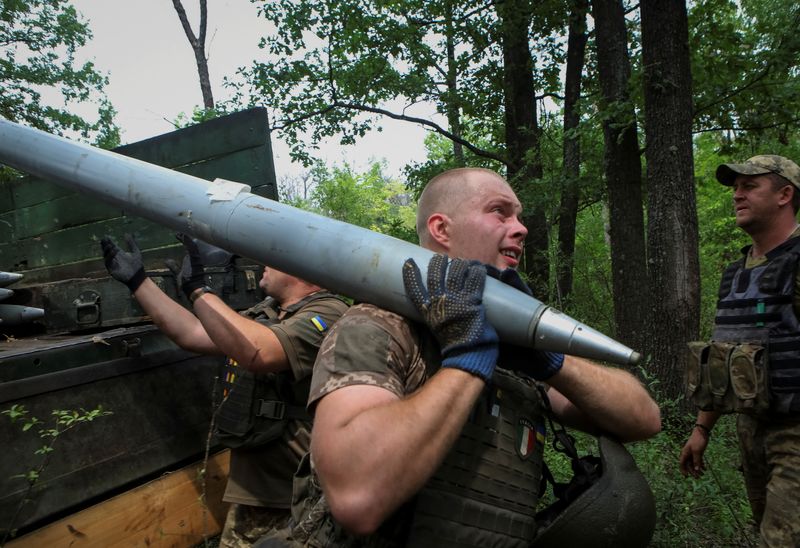 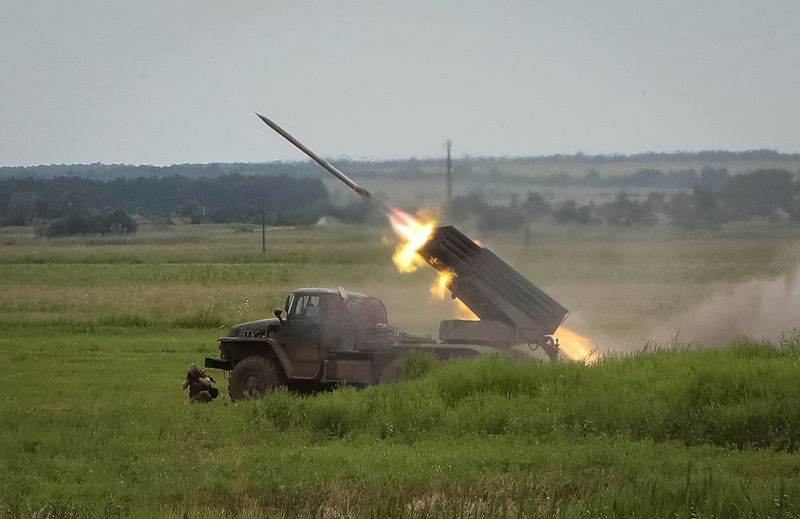 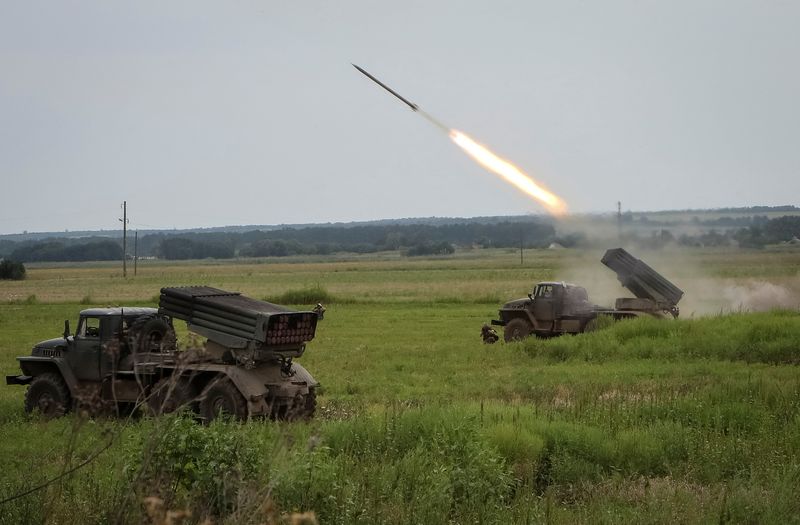 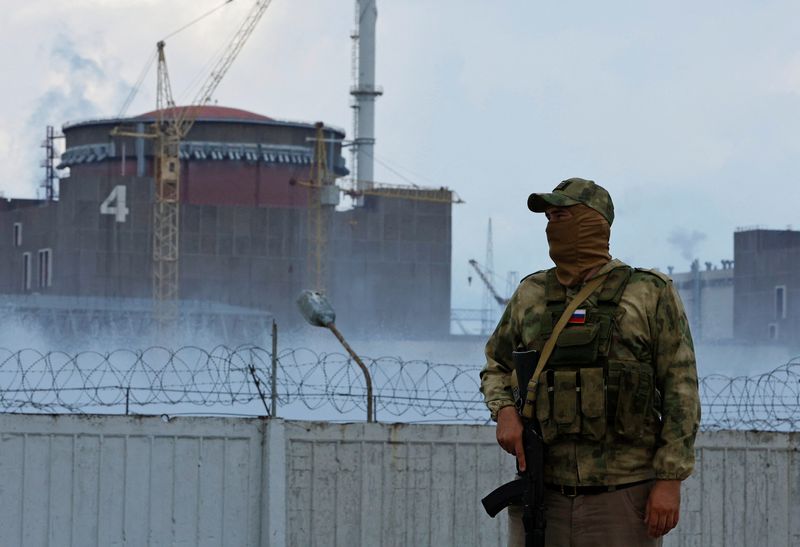 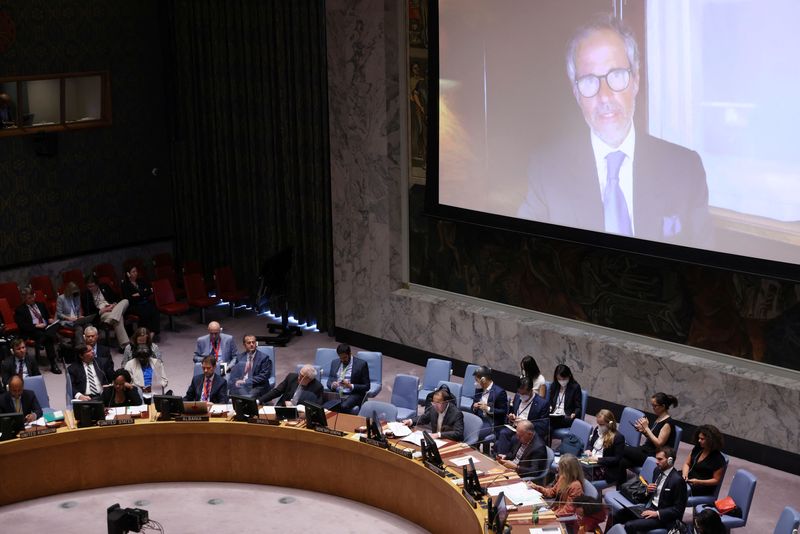 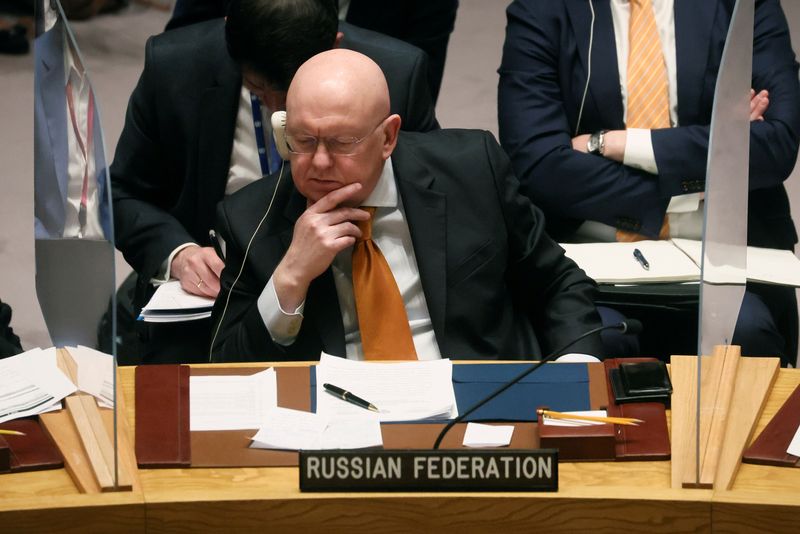 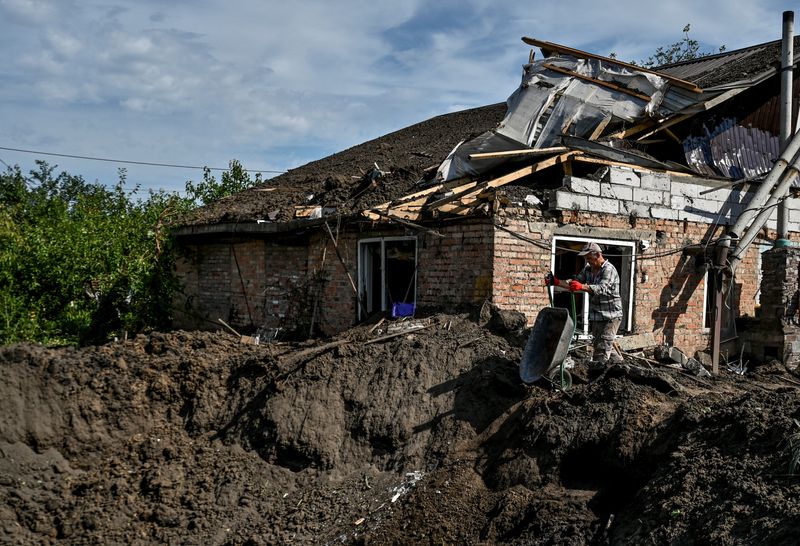 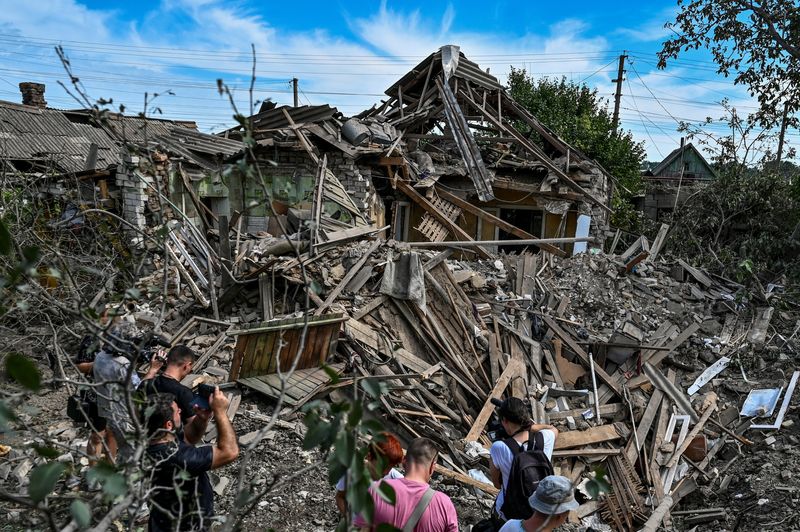