But the Tulsa Women’s Clinic stopped abortion services in May when Oklahoma enacted a near-total ban, and the provider closed for good after the U.S. Supreme Court ended constitutional abortion protections in June. Peake, 33, now had no local options to learn about abortion.

“It’s basically impossible to get abortion education in the state,” said Peake, who is now applying to residency programs outside of Oklahoma. “We’re going to have whole swaths of the country where medical students aren’t going to really know how these procedures work.”

In interviews, a dozen doctors, activists and medical students said they worried that the next generation of physicians trained in states with severe abortion restrictions would lack crucial skills to treat women.

Even before the Supreme Court overturned the 1973 Roe v. Wade decision that legalized abortion nationwide, some conservative states restricted institutions from teaching how to provide abortions. The June ruling, which allowed states to decide the legality of abortion, has left more medical schools and residency programs unable to offer comprehensive obstetrics and gynecology training.

Ninety-two percent of obstetrics and gynecology residents reported having access to some level of abortion training in 2020, according to a study published in April by the American College of Obstetricians and Gynecologists’ journal. The researchers predicted that number would drop to 56% at best following Roe’s overturn.

Already, seven states, including Texas and Alabama, no longer have any clinics providing abortion services, according to the Guttmacher Institute, an abortion rights research group.

The procedure used to perform elective abortions, known as dilation and curettage, is needed for emergencies such as if a pregnant woman has a heart attack, stroke or begins hemorrhaging. It is also necessary to clear tissue from the uterus after an incomplete miscarriage to prevent infection and sepsis.

“It goes beyond just what people refer to as abortion,” said Maya Hammoud, an obstetrics and gynecology professor at the University of Michigan Medical School. “It’s how it’s going to affect everything else in women’s healthcare.”

Medical schools are not required to provide abortion training. But the Accreditation Council for Graduate Medical Education (ACGME), which assesses and certifies residency programs, requires that all residents learn how to perform abortion procedures before graduating.

The council has proposed revisions to its obstetrics and gynecology guidelines after Roe’s overturn, saying programs in states that restrict abortion access must help budding doctors travel to another state to receive training. If a resident is unable to travel, programs must still train the resident using classroom lessons and simulation.

Several doctors and an activist raised concerns about whether simulation – which is often performed on a dragonfruit or papaya – could adequately prepare residents for real-world treatment.

“I’m very concerned that at some point very well-respected med schools are going to graduate students who have not received a modern medical education,” said Pamela Merritt, executive director of Medical Students for Choice, an abortion rights advocacy group. “Even if they get the green light to intervene to save the life of a pregnant person, they won’t actually be able to do it.”

Anti-abortion advocates say medical schools and residency programs will continue to teach emergency procedures to save a woman’s life even if they do not teach how to perform voluntary abortions.

“We have seen abortion activists employing misinformation and scare tactics aimed at women who do not deserve that stress,” said Kristi Hamrick, spokesperson for Students for Life of America, an anti-abortion group.

Louito Edje, associate dean of graduate medical education at the University of Cincinnati College of Medicine and an ACGME member, said she expects most institutions will help their residents travel to receive real-world training.

But training could still suffer, she said, if more students are crowded into fewer institutions and there isn’t enough patient flow to provide everyone with hands-on practice.

The University of Michigan has established a task force to prepare for an influx of residents coming to Ann Arbor for training, said Lisa Harris, an obstetrics and gynecology professor who is co-chair of the task force.

Given the ever-changing legal landscape around abortions in the state, however, Harris said the task force is also planning ways to help residents travel for out-of-state training if Michigan implements a ban. 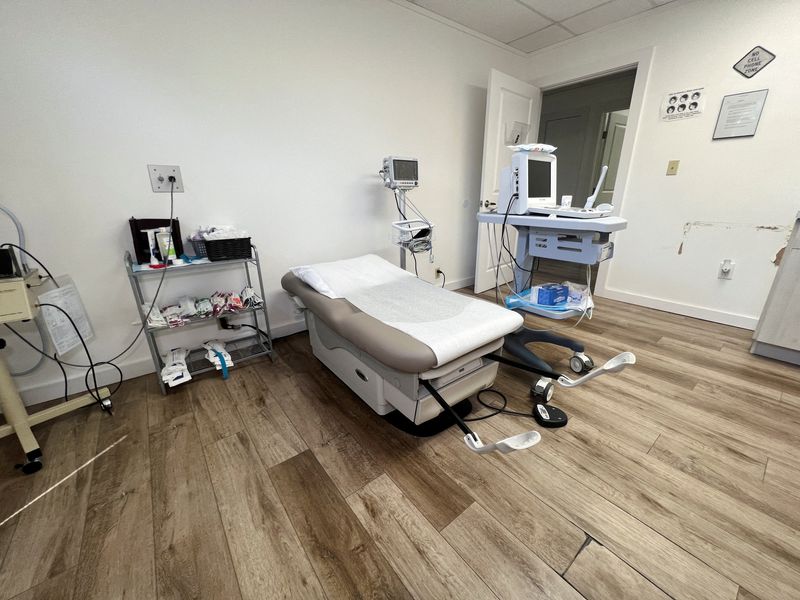