NEW YORK – With the recent slowdown in inflation, the Federal Reserve is faced with a conundrum ahead of a plan next month to double the rate at which it is shrinking its massive $8.9 trillion balance sheet.

The move to accelerate quantitative tightening (QT), as it’s referred to, is meant to further drain pandemic-era stimulus from the financial system and increase borrowing rates for long-dated assets to weaken inflation. But that is taking place as the U.S. central bank pushes ahead with interest rate hikes to tame stubbornly high inflation, which is currently running at more than three times the Fed’s 2% target.

The double tightening, however, makes it harder for the Fed to achieve a “soft landing” in which the economy slows but avoids a recession. With some investors believing the economy is already in a recession, speculation has grown that if something has to give, it could be the pace at which QT unfolds. The odds, however, remain long that the Fed would change its plan in the near term, some bond investors say.

“There is some latitude for the Fed to either eventually go on a slow trajectory on quantitative tightening or even end earlier than expected. But it is hard to know (as to how) the Fed balances things out,” said Yung-Yu Ma, chief investment strategist at BMO Wealth Management in Dallas.

“At what point does the Fed view that financial conditions have tightened enough? That’s nebulous … and you don’t really know until after the fact if you have gone too far.”

The U.S. economy contracted in the first and second quarters, amplifying an ongoing debate over whether the country is, or will soon be, in recession.

Along with the contractions, two reports last week that suggested inflation had likely peaked in July took some pressure off the Fed to deliver another oversized rate hike at its Sept. 20-21 policy meeting. The annual U.S. consumer price index rose by a weaker-than-expected 8.5% last month, following a 9.1% rise in June, while U.S. producer prices also unexpectedly fell 0.5% on a monthly basis in July.

Traders of futures tied to the federal funds rate, the central bank’s policy rate, are now pricing in a 63.5% chance of a 50-basis-point hike at the September meeting. [FEDWATCH]

“We really think the Fed slows down sooner rather than later. The data is starting to adjust and we’re seeing a slower economy,” said Kathy Jones, chief fixed income strategist at the Schwab Center for Financial Research in New York.

Still, her base case is for the Fed to run QT as is, but use that as a lever that can be adjusted in conjunction with rate hikes.

“If the rate hikes go fast and furious and they reverse, then they have to stop QT,” Jones said. “If the rate hikes slow and level off, they can continue QT for a longer time period and tighten policy through the back door instead of the front door.”

Following the tamer CPI reading, several Fed officials said it was too early to declare victory on the inflation front.

“Inflation remains far, far above anything that could be considered price stability. It remains a very long journey back towards acceptable levels of inflation,” said Jamie Dannhauser, an economist at London-based asset manager Ruffer LLP.

Dannhauser does not believe falling inflation numbers will affect the Fed’s QT plan.

He added that more unexpected good news on inflation, to the extent that it alters the baseline view for monetary policy, will be reflected in the downward shift in Fed forecasts for the central bank’s policy rate.

The Fed’s balance sheet was at nearly $9 trillion as of last week. Its holdings of Treasuries and mortgage-backed securities have not declined significantly since June when the Fed started QT, but should come down over time, although it won’t occur in a straight line.

“The effects of QT are very small at the moment,” said Thomas Simons, an economist at Jefferies in New York.

But bank reserves held at the Fed have fallen to $3.3 trillion, down about $1 trillion from a high of $4.3 trillion in December 2021. Analysts said the contraction in reserves has been faster than many anticipated. In the Fed’s previous QT, $1.3 trillion in liquidity was withdrawn over five years.

The Fed has not announced a target size for its balance sheet. Gennadiy Goldberg, senior rates strategist at TD Securities, thinks the Fed’s ultimate goal would be to reduce the balance sheet to a point where bank reserves reach around 9% of GDP, which is where they stood prior to the September 2019 liquidity crunch.

Slowing down QT would be an option if it creates a shortage of bank reserves that starts to limit bank activities such as lending or market-making, analysts said.

Jay Hatfield, chief investment officer at Infrastructure Capital Management in New York, thinks the Fed should slow the pace of QT, as the market doesn’t need another $1 trillion reduction in bank reserves.

“That would be catastrophic for bonds and stocks,” Hatfield said. “Unfortunately, the Fed almost universally ignores liquidity and money supply. That’s why the Fed is perpetually behind the curve in controlling inflation and anticipating deflation.” 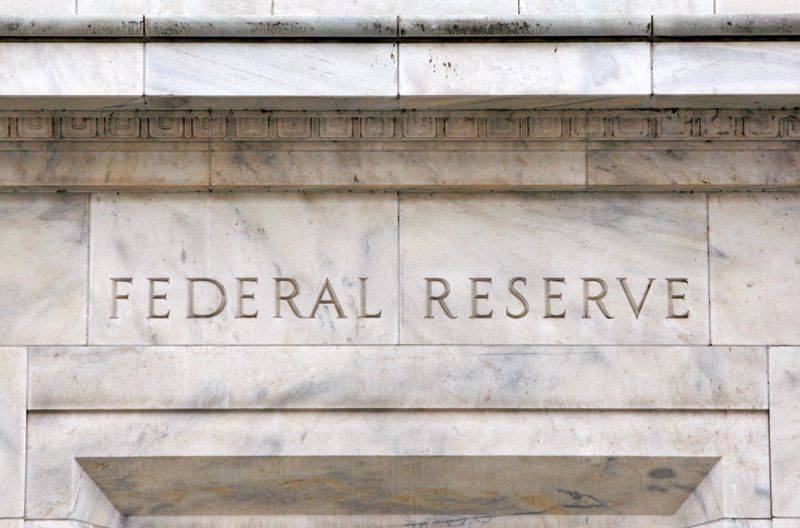