(Reuters) -Kimmeridge Energy Management Co LLC on Monday confirmed it has amassed a stake in California Resources Corp and is engaging with the oil and gas producer to make changes that include selling some acreage to real estate developers.

Sources familiar with the matter had earlier told Reuters the energy-focused activist investment firm owns more than 3 million shares in California Resources, equivalent to about a 4% stake, and has been in talks with the company’s management in recent weeks on measures to boost its valuation.

In a statement, Mark Viviano, head of public equities at Kimmeridge, said it had “maintained a constructive and collaborative dialogue with the management team”.

He did not disclose how much California Resources stock the investor owned, although in a separate regulatory filing, Kimmeridge said it held 1.6 million shares as of June 30.

California Resources rose as much as 2.8% just after midday Eastern time (1700 GMT) to give the company a market capitalization of $3.6 billion, on a day when most U.S. energy producers were trading down, tracking a fall in crude prices.

Viviano’s statement said the talks included discussions “on how best to maximize the value of their Huntington Beach land position”.

Kimmeridge has indicated to California Resources the acreage in Orange County could fetch around $800 million if sold for conversion to residential real estate, according to the sources.

Kimmeridge has also told California Resources it should focus more on its nascent carbon capture and sequestration business (CCS), the sources said.

As well as helping California Resources reach its own net zero targets, the investor thinks the firm would be well placed to profit from the technology’s increased deployment in the state, due to the firm’s extensive land footprint and its in-depth knowledge of California’s geology, the sources added.

The sources spoke on condition of anonymity to discuss confidential information. California Resources did not respond to a comment request.

California Resources’ shares have languished compared with peers this year, despite high U.S. crude and natural gas prices, as investors put money into other producers with higher growth rates that can capture the commodity price upswing.

Much of California Resources’ oil and gas comes from older wells which have low but steady production.

Earlier this month, the Long Beach-based company announced plans to form a joint venture with Brookfield Renewable focused on developing CCS projects across California. Brookfield is putting up $500 million for the venture, with the potential for another $1 billion of capital.

Kimmeridge commends the company on the move, Viviano said in his statement.

California Resources was formed in 2014 after Occidental Petroleum Corp spun off its California business into a separate entity. Weighed by slumping oil prices at the onset of the pandemic and a $5 billion debt pile, it filed for Chapter 11 bankruptcy in July 2020, emerging three months later. 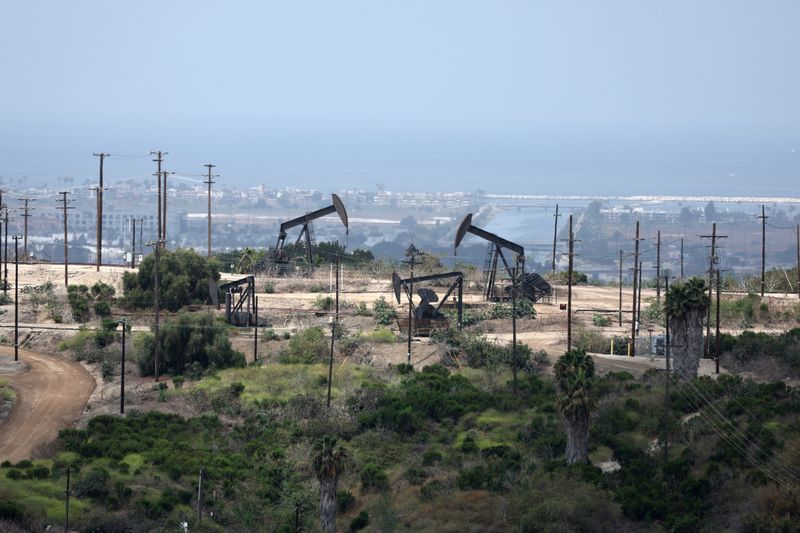