HONG KONG -Five U.S.-listed Chinese state-owned companies whose audits are under scrutiny by the U.S. securities regulator said on Friday they would voluntarily delist from the New York Stock Exchange.

They are among a list of more than 150 companies identified by the U.S. Securities and Exchange Commission (SEC) as failing to meet U.S. auditing standards.

The companies did not mention in their announcements the long-running audit dispute, which Beijing and Washington have been seeking to resolve through talks.

Here’s what you need to know about the delistings, and the deal talks so far.

WHAT’S NEXT FOR THE FIVE FIRMS?

The delistings are expected to become effective ten days after the five companies apply to the SEC.

They also intend to deregister their ADSs and the underlying Hong Kong-listed H shares on the NYSE, and terminate the American Depository Receipts (ADR) program.

Between delistings and program termination, the ADSs are expected to be traded on the over-the-counter market.

Investors may surrender their ADSs for the underlying H shares, which will remain tradeable on the Hong Kong stock exchange.

WHAT IS THE DISPUTE ABOUT?

The spat came to a head in December when the U.S. Securities and Exchange Commission (SEC) finalised rules that enable the prohibition of trading in Chinese companies’ shares.

WHAT HAS HAPPENED SO FAR?

Regulators from the United States and China have been in negotiations for a deal since last year. While Beijing has in recent months said both sides are committed to reaching a deal, Washington has been more cautious on the outlook.

By Aug. 7, the SEC identified 162 Chinese firms listed in New York as facing delisting risks. Trading prohibition will be imposed on a company if it fails to comply with audit working papers requests for three consecutive years, starting from spring, 2024.

Last week the chair of the U.S. corporate auditing watchdog said it would not accept any restrictions on its access to the audit papers for New York-listed Chinese companies.

HOW ARE TALKS GOING?

In March, China’s Vice Premier Liu He said talks between Chinese and U.S. regulators had made progress, and both sides were working on specific cooperation plans. A vice chairman of China’s securities watchdog in April said he expected a deal “soon”.

But on the U.S. side, SEC Chair Gary Gensler said last week he would not send public accounting inspectors to China or Hong Kong unless Washington and Beijing can agree on complete audit access.

The U.S. Senate passed a narrow bill aimed at boosting the country’s ability to compete with China last week. Some analysts and investors have interpreted the legislation as giving both sides another year to resolve the audit impasse: The finalised bill removed a provision that would have accelerated the deadline for China to meet audit requirements from early 2024 to early 2023.

The SEC earlier said the U.S. accounting regulator will have to complete on-site inspections and investigations in China by early November. The watchdog needs to do that in order to draw a conclusion on whether it is able to inspect or investigate accounting firms headquartered in mainland China and in Hong Kong registered with the U.S. regulator.

Meanwhile, there is still a chance that in the coming months the U.S. Congress may choose another legislative vehicle to move up the deadline for China to comply on access to audit papers to the spring of 2023. 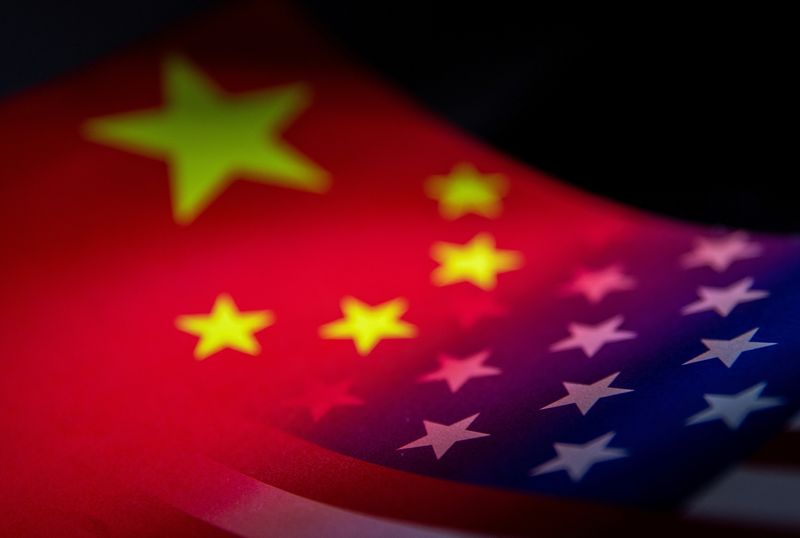