KYIV -Ukrainian and Russian-installed officials reported shelling near Europe’s largest nuclear power plant on Monday, with both sides blaming each other days after the world nuclear watchdog warned of disaster if the fighting does not stop.

Russia and Ukraine have traded accusations this month regarding the Zaporizhzhia nuclear plant in southern Ukraine, which dominates the south bank of a vast reservoir on the Dnipro River.

Ukrainian President Volodymyr Zelenskiy has warned Russian soldiers that if they attack the site in the now Russian-controlled city of Enerhodar, or use it as a base to shoot from, then they will become a “special target”.

Vladimir Rogov, a Russia-installed official in Enerhodar, earlier reported that about 25 heavy artillery strikes from U.S.-made M777 howitzers had hit near the nuclear plant and residential areas in a two-hour period.

The head of the administration of the Nikopol district, which lies across the river from Enerhodar, accused Russian forces of shelling the city to try to make it appear that Ukraine was attacking it.

The International Atomic Energy Agency (IAEA), which is seeking access to the plant, has warned of possible disaster.

“The Russians think they can force the world to comply with their conditions by shelling the Zaporizhzhia NPP (nuclear power plant),” Andriy Yermak, chief of the Ukrainian presidential staff, wrote on Twitter.

U.N. Secretary-General Antonio Guterres has called for the establishment of a demilitarised zone around Zaporizhzhia.

The United Nations says it has the logistics and security capacity to support an IAEA visit if both Russia and Ukraine agree.

Russian Defence Minister Sergei Shoigu held a phone call with Guterres to discuss conditions for the safe functioning of the plant, the ministry said.

“In close cooperation with the agency and its leadership, we will do everything necessary for the IAEA specialists to be at the station and give a truthful assessment of the destructive actions of the Ukrainian side,” Russia’s foreign ministry spokeswoman Maria Zakharova said.

Ukraine, where parliament on Monday extended martial law for a further three months, has said for weeks it is planning a counteroffensive to recapture Zaporizhzhia and neighbouring Kherson province, the largest part of the territory Russia seized after its Feb. 24 invasion and still holds.

Related News:   Factbox: How long will it take Ukraine to join EU?

The conflict, which has caused millions to flee and killed thousands, has put major strain on relations between Moscow and the West.

Russia late on Monday said that British reconnaissance aircraft violated its air border at a peninsula east of Finland between the Barents Sea and the White Sea, and that a fighter jet forced the British aircraft out of Russian airspace.

Britain’s defence ministry did not immediately respond to a request for comment.

Russian President Vladimir Putin on Monday boasted of Russia’s advanced weapons capabilities, but his military has performed worse than expected in Ukraine.

It has been beaten back from Ukraine’s two biggest cities and is making slow headway, at heavy cost, in the east of the country, making the war an unconvincing showcase for Russia’s arms industry.

Russia calls its invasion of Ukraine a “special military operation” to demilitarise its smaller neighbour and protect Russian-speaking communities. Ukraine and Western backers accuse Moscow of waging an imperial-style war of conquest.

Ukrainian forces reported on Monday evening that Russian forces were engaged in shelling to advance on a wide variety of frontline positions in the east and south.

There has been persistent shelling in areas such as Kharkiv in the north, Avdiivka in the east and the Zaporizhzhia region, the General Staff of Ukraine’s armed forces said on Facebook.

Even as the biggest attack on a European state since 1945 ground on, there was progress on a grain deal to ease a global food crisis created by the conflict, the biggest diplomatic breakthrough achieved since the war began.

The Joint Coordination Centre, set up by the United Nations, Russia, Ukraine and Turkey following the agreement, said it had approved the departure of the Brave Commander, the first humanitarian food aid cargo bound for Africa from Ukraine since the Feb. 24 invasion. It is set to leave on Tuesday. 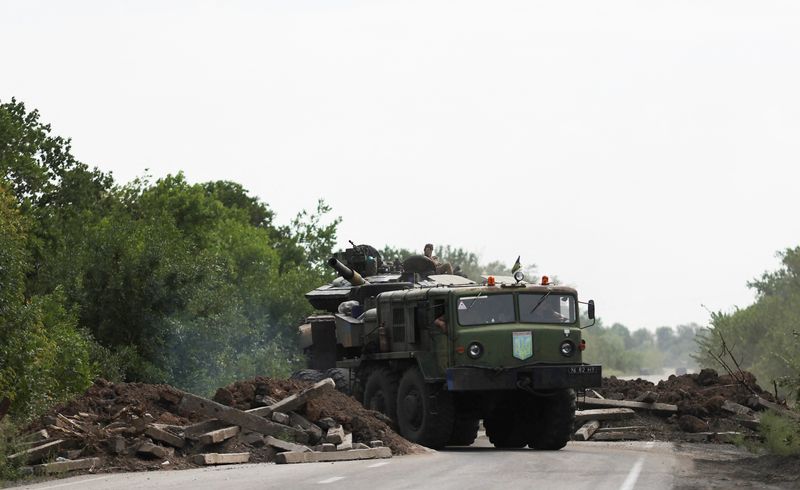 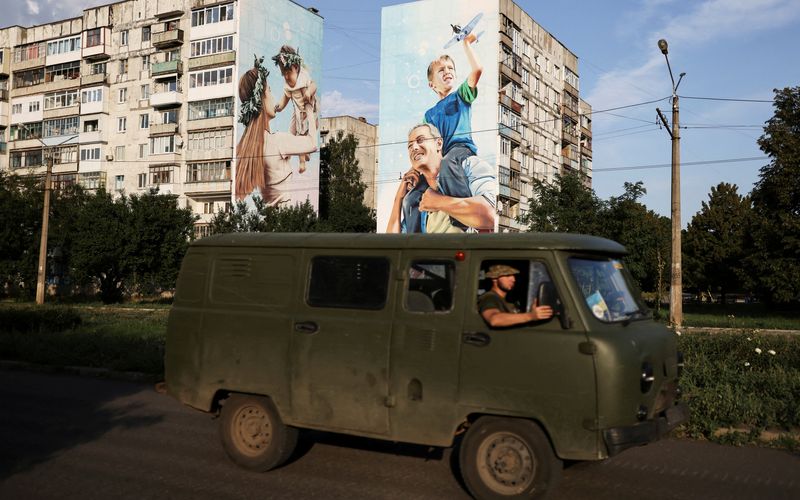 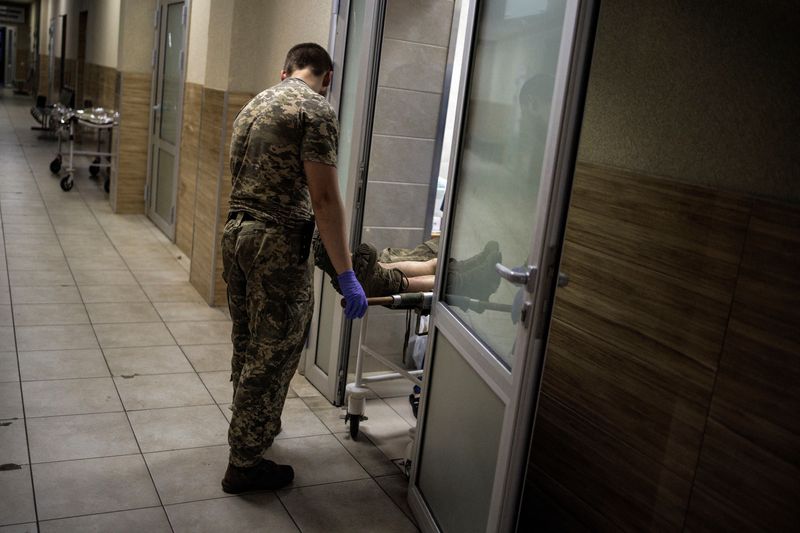 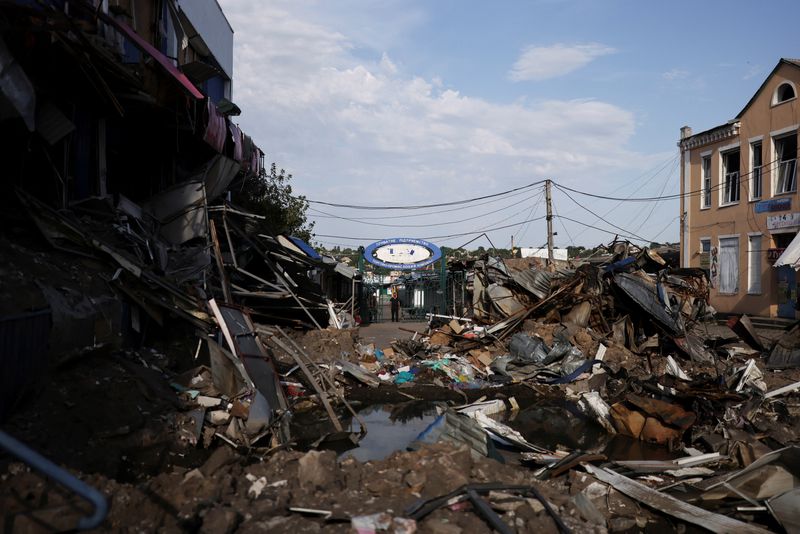 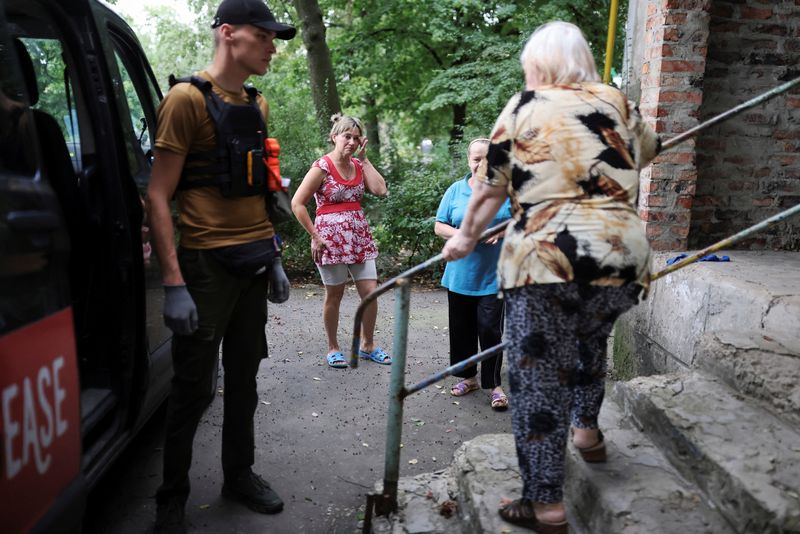