JERUSALEM -Israel’s annual consumer price index (CPI) rose to a higher than expected rate of 5.2% in July, the most since October 2008 and following a 4.4% rate in June, as more aggressive interest rate hikes loom and keep the soaring cost of living centre stage ahead of an election in November.

A Reuters poll of analysts had projected an inflation rate of 4.6%. CPI rose 1.1% in July from June, led by gains in transport, housing rentals and fresh fruit, the Central Bureau of Statistics said on Monday.

The Bank of Israel meets next Monday and is widely expected to raise its benchmark interest rate by another half point to 1.75% after a similar move a month ago. Policymakers have raised the rate from 0.1% in April and a rate of around 3% is expected by next year in a bid to clamp down on inflation.

Policymakers have blamed much of the inflation spike on supply chain disruptions, gains in oil and other commodities prices and a weaker shekel, as well as rising domestic demand and a full-employment economy with wage pressures in most private sector industries. The jobless rate rose to 3.7% in July from 3.4% in June, official data showed on Monday.

Inflation in Israel is still far below rates of 8.5% and 8.9% in the United States and Euro bloc, respectively, but with prices rising rapidly and anger among Israelis growing, the issue of cost of living has become a main issue for candidates running in the Nov. 1 general election.

A survey by the Israel Democracy Institute showed that 44% of Israelis think that the parties’ platforms on economic issues and their plans to bring down the high cost of living are currently the number one factor in deciding which party to vote for.

The shekel appreciated to 3.26 per dollar from a 3.28 rate after the CPI was published. 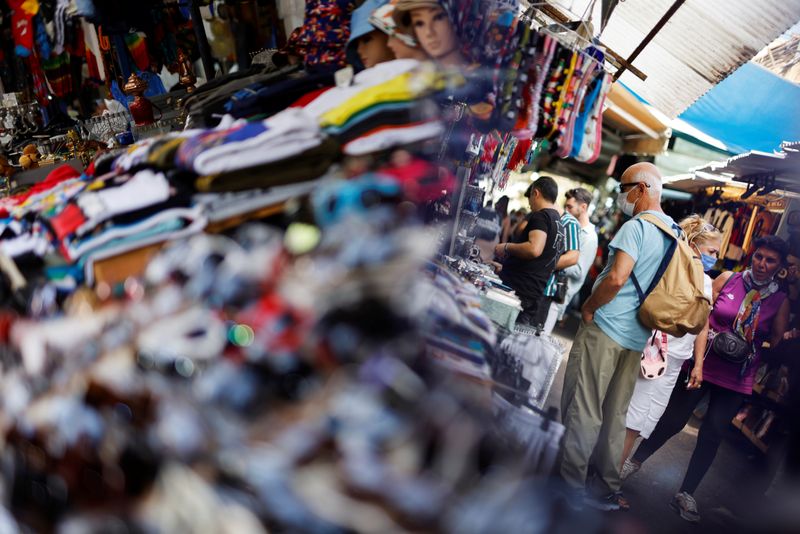