(Reuters) – A look at the day ahead in U.S. and world markets by Mike Dolan.

The world’s second and third largest economies – generating more than a quarter of global output – appear to be spluttering again and may question new-found ebullience in U.S. markets about the chance of a soft landing stateside.

But in a year of hawkish central banks, it’s also a reminder that interest rates can go down as well as up.

China surprised on Monday by cutting its main interest rates following disappointing industry and retail soundings for July, sending the yuan lower against the dollar.

Although further back in the rearview mirror, Japan also missed second-quarter GDP forecasts.

Brent crude, down about 23% since mid June, fell a further $2 per barrel on Monday after China’s surprise. Oil prices were also hit after Saudi Aramco’s chief executive, announcing record quarterly profits, said the firm stood ready to lift output to max capacity of 12 million bpd if requested by the Saudi government.

The upshot is S&P500 futures start the week marginally in the red, the dollar stronger, Treasury yields steady to lower and the recession radar of the 2-10 year yield curve more deeply inverted at 43 basis points.

A big question this week now is whether the red hot U.S. labour market and ebbing mortgage rates helped the domestic U.S. economy weather the chill from overseas. July readouts on retail – both national sales as well as from firms such as Walmart and Target – and housing dominate the week.

Key developments that may provide market direction on Monday:

* US Treasury June TIC data on who holds Treasury securities 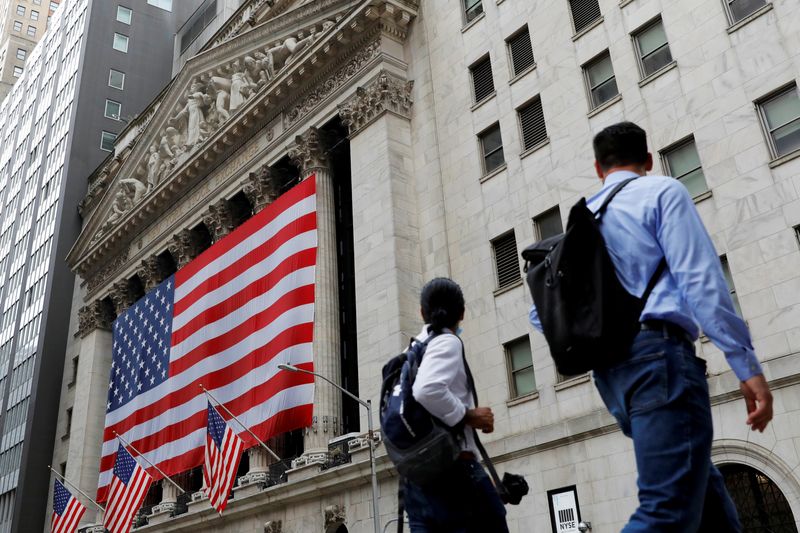