DURHAM, New Hampshire (Reuters) -Since July, Dmitry Vorobiova, 39, his partner Olena, 36, and their dog have been living with 64-year-old Michael Glover, a software engineer who had extra space in his six-bedroom house after his wife passed away.

Strangers before, Glover and the Ukrainian couple have together built a quiet routine in the three-story house in his small town in eastern New Hampshire: Dmitry and Glover jog in the evenings and occasionally the two cook Glover grilled chicken for dinner.

Glover’s house – now a refuge for the couple, who fled their home in Kharkiv, Ukraine – is a part of a local “sponsor circle,” a program that started last year to support evacuated Afghans following the U.S. military’s chaotic withdrawal, that has recently expanded to help Ukrainians fleeing Russia’s invasion of their country.

The program – started by a coalition of non-profit organizations in partnership with the U.S. State Department – allows any group of five or more individual adults to support a refugee’s temporary resettlement in the United States, a job traditionally performed by a handful of well-established resettlement agencies.

The effort is still small. Sponsor circles like the one Glover is a part of so far have supported the arrival of around 600 Afghans and just 20 Ukrainians, according to Sarah Krause, the director of the New York City-based Community Sponsorship Hub, which is leading the national initiative. Another staff member from the hub said that an additional 40 Ukrainians are currently being processed to receive support.

Democrat U.S. President Joe Biden’s administration wants to involve local communities in the support for refugees after the previous Republican administration of former President Donald Trump slashed refugee admissions to the lowest level in modern history and closed down a third of resettlement agencies.

The State Department plans to launch a new private sponsorship program at the end of this year that would allow U.S.-based groups to identify, match with https://www.state.gov/fy-2023-request-for-concept-notes-for-operational-partners-on-the-private-sponsorship-of-refugees-pilot-program/#:~:text=The%20Department%20of%20State’s%20Bureau,community%20sponsorship%20in%20refugee%20resettlement and support individual refugees abroad seeking to come to the United States. The initiative would reshape how refugees are resettled in the United States, said Elizabeth Foydel, the private sponsorship director at the New York-based International Refugee Assistance Project.

The government pilot program “will incorporate lessons learned” from the emergency initiatives that responded to the conflicts in Afghanistan and Ukraine, a State Department spokesperson said in a statement. The goal is for private sponsorships to become “a foundational part of U.S. refugee resettlement,” the statement said.

Glover, whose group was part of the initial emergency initiatives, views housing refugees as a way for him to honor his late wife’s memory. “Carol in her life gave a lot,” he said of her. “I’ve been very successful doing what I do and at some point you ask yourself what do we give back.”

More than 10.4 million Ukrainians have fled since the conflict, which Russia calls a “special military operation,” began on Feb. 24. Over 100,000 Ukrainians have arrived to the United States, with some 31,000 through the “Uniting for Ukraine” program where U.S. citizens can volunteer to sponsor individual Ukrainians, a spokesperson for the U.S. Department of Homeland Security said.

Dmitry and Olena fled their home with their 10-year-old fox terrier Jagger – named for Rolling Stones frontman Mick Jagger – in February when they heard rumors about Russia’s military advancement, first joining family in Russian-controlled Crimea. They didn’t feel safe there, so they left for Istanbul.

As the war in Ukraine escalated, they set their sights on the United States.

The couple did not know anyone in the country, so Olena, a dental technician, and Dmitry, a software tester at an IT company, searched the web for U.S.-based churches, thinking they would be likely supporters of people in need.

After emailing more than 100 churches they were referred to Glover’s sponsor circle, which had formed months earlier to support Afghan refugees.

MORE HELP THAN THE GOVERNMENT

The Community Sponsorship Hub requires sponsor circles to go through background checks, receive training, create a three-month support plan and raise at least $2,275 for each person they host, the State Department said.

But the circles are less regulated than well-established resettlement agencies, which often have more resources, said Chloe Shiras, a program manager of one such agency HIAS, formerly known as the Hebrew Immigrant Aid Society, which oversees Glover’s sponsor circle.

The circle Glover is a part of was created last year to help one of the tens of thousands of Afghan families being rapidly resettled.

One family of nine who had been evacuated to a U.S. military base after the Taliban took control of the Afghan capital said the group’s support was essential.

“They helped us more than the government,” said Mariam Walizada, 35, who fled Kabul with her five children, a nephew and husband Mohammad – who had been working as a security agent for the Afghan president.

The sponsor circle found a house in the nearby town of Epping, New Hampshire, paid for ten months of rent, gave Mohammad driving lessons and car, found him a job at a local hospital, put the kids in school, paid for their attorney and helped them apply for social services like cash assistance and Medicaid. And the sponsor circle helped welcome the newest member of the family when the Walizadas had a baby daughter a little over a month ago.

Both the Walizadas and the Vorobiovas have found ways to overcome the challenges of starting anew.

In July, the Walizadas invited Dmitry and Olena and other members of the local sponsor circle to a party in their back yard to celebrate the Muslim holiday of Eid al-Adha.

There, Mariam served a colorful platter of traditional Afghan food – beef kebabs, naan bread, rice and an assortment of fruit – with everyone gathering together to share the meal. 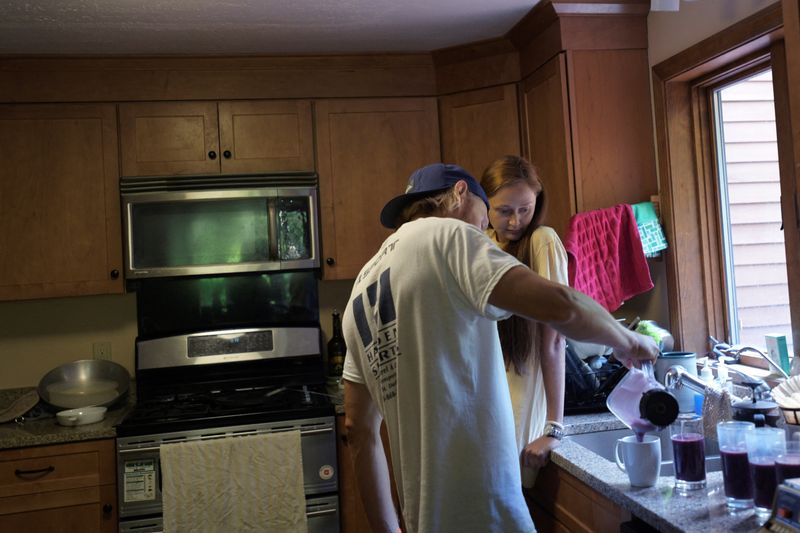 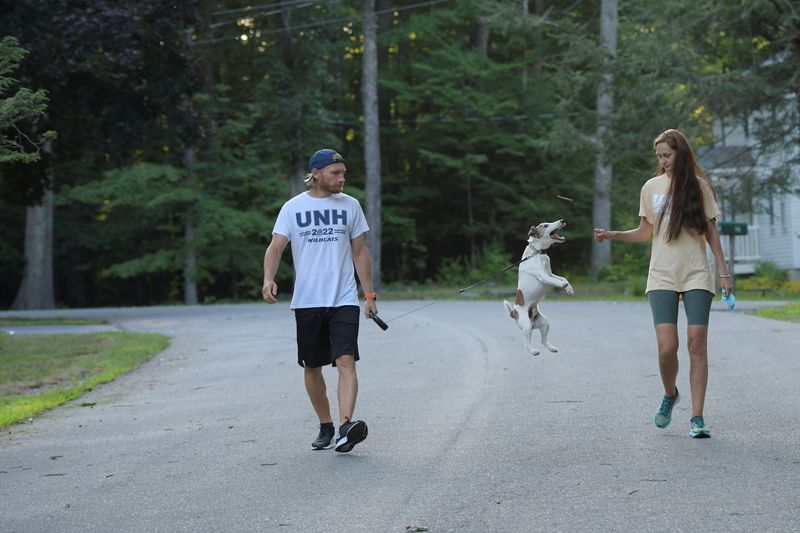 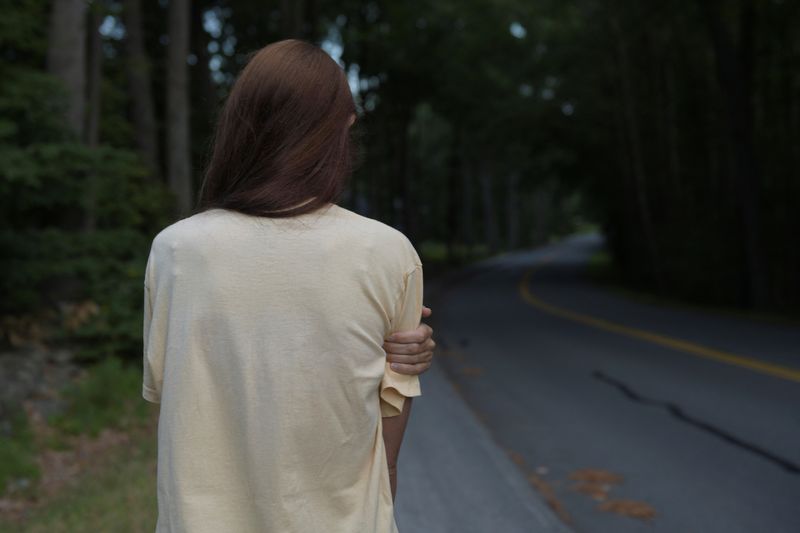 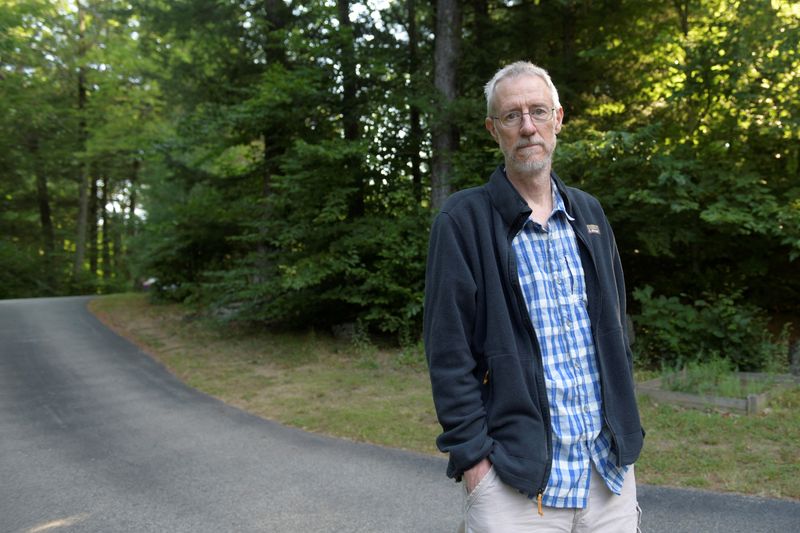 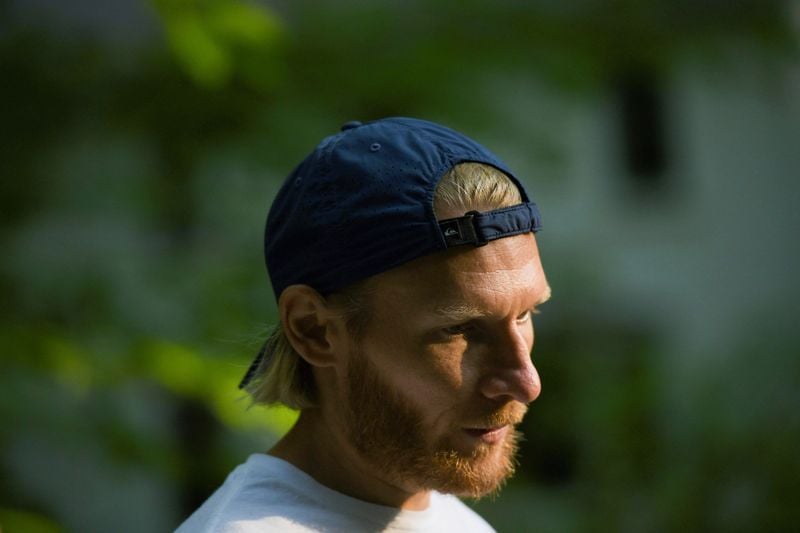 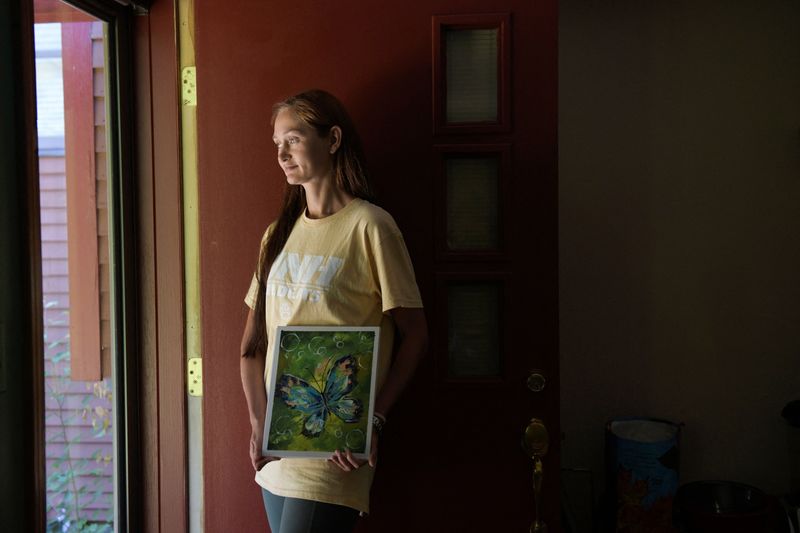