BRASILIA (Reuters) – Brazil’s trade surplus this year is likely to fall short of prior forecasts, according to private economists and an Economy Ministry official, as a spike in the cost of imported fuel and fertilizer offsets strong exports of other raw materials.

The official, who requested anonymity to discuss the ministry’s confidential analysis, said Brazil’s trade surplus this year is on track to miss the $81.5 billion projected earlier this month. However, it could still beat last year’s record $61.4 billion surplus, the source said.

Market expectations had been holding since April around a $70 billion surplus, according to the median forecast in a weekly central bank survey of economists, but the outlook has slid over the past month to around $66 billion last week.

The shifting consensus shows how even top raw material producers such as Brazil, the top exporter of soybeans, beef and sugar, plus a major global supplier of iron ore and crude oil, face mixed fortunes from this year’s spike in commodity prices.

Leonardo Costa, an economist from Asa Investments, said strong fuel imports will force him to revise down his previous estimate for a $72 billion surplus this year.

“In addition to being a relevant oil exporter, Brazil is highly dependent on its (imported) derivatives,” he said.

The Economy Ministry is expected to update its forecast for the trade balance in early October.

“Exports are growing as we expected. We exported $280 billion last year, this year we think it will reach $350 billion … What is taking off are imports,” said the ministry source, pinning that on higher fuel and fertilizer prices.

However, Brazil may see some relief for energy imports in the second half of this year compared to late 2021, when a drought hammered hydropower generation, triggering a surge in natural gas imports. 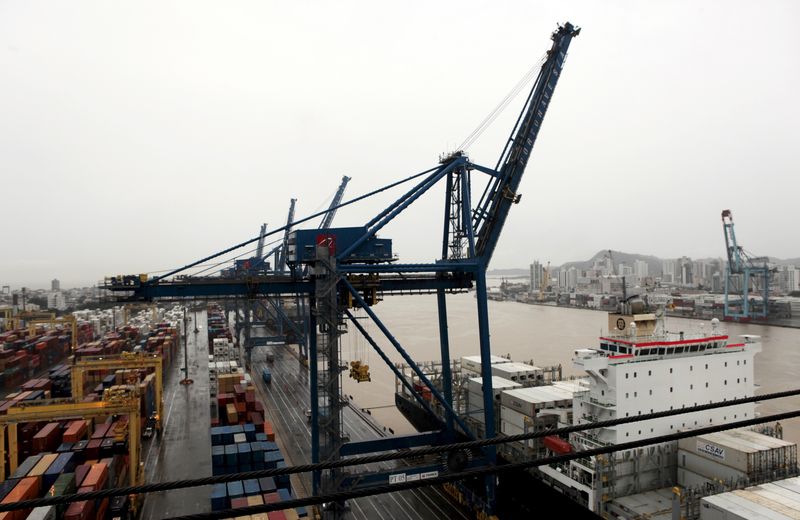