By David Shepardson and Lisa Baertlein

WASHINGTON/LOS ANGELES (Reuters) -U.S. President Joe Biden’s emergency board tasked with helping major freight railroads and unions end a contract negotiation stalemate proposed on Tuesday annual wage increases of between 4% and 7% through 2024, according to a report seen by Reuters.

The board also recommended in its 119-page report set to be made public as early as Wednesday a 3% retroactive increase for 2020 and 3.5% for 2021, when the rail workers did not have a contract, along with five $1,000 annual bonuses and an additional paid day off.

Talks between major freight railroads, including Union Pacific, Berkshire Hathaway-owned BNSF and CSX, and unions representing 115,000 workers have dragged out for more than two years.

Railroads move items ranging from Amazon.com Inc packages to fuel oil and soybeans. A lockout or strike could send prices for necessities higher and upend battered U.S. supply chains ahead of mid-term elections that will determine whether Biden’s Democratic party holds narrow control of the House of Representatives and Senate.

The report’s proposal represents a 22% nominal wage increase during the five-year period, the report said. The board said it aimed “to act as honest brokers and to recommend terms for an agreement that are fair and reasonable.”

Other recommendations include removing the cap on monthly employee healthcare contributions so that they equal 15% of the plans’ overall cost of providing covered benefits, and jointly rebidding contracts to ensure that current costs are competitive.

Earlier, the White House expressed optimism about reaching a deal.

“The president is optimistic the report will provide a good framework for successful negotiations between the parties over the next 30 days,” the official said, adding the recommendations were delivered to the White House and the parties.

Biden appointed the three-member presidential emergency board in July to reduce transportation-related disruptions that stoke inflation and threaten supplies of food and fuel.

Work stoppages are prohibited for 30 days following the issuance of the presidential emergency board (PEB) report to give the two sides time to reach a voluntary settlement. If employers or unions reject the board’s recommendations, Congress can intervene.

“To avoid a national rail shutdown, it is in the nation’s interest that the parties reach a prompt resolution,” the White House official said.

The unions and railroad groups involved in the talks did not immediately respond to requests for comment.

Rail service at major U.S. seaports recently has suffered due to spreading supply-chain snarls and labor and equipment shortages.

“It is in the best interest of all stakeholders for the parties to reach agreements that provide our employees with well-deserved pay increases and prevent rail service disruptions,” Union Pacific said in a statement. 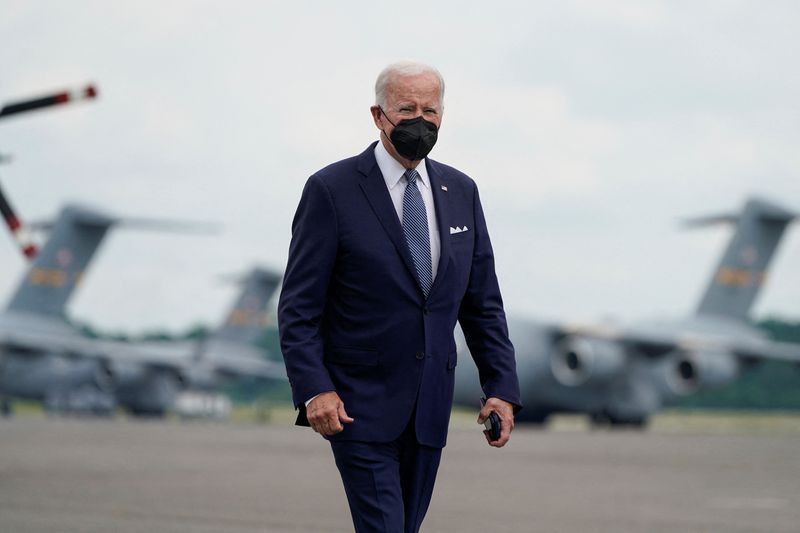