By Pavel Polityuk and Daren Butler

Ukraine’s grain exports have slumped since the start of the war because of the closure of its Black Sea ports, driving up global food prices and sparking fears of shortages in Africa and the Middle East.

Moscow calls its action in Ukraine a “special military operation” to demilitarise its neighbour and protect Russian-speaking communities. Ukraine calls it an imperial-style war of conquest.

Three Black Sea ports were unblocked last month under a deal between Moscow and Kyiv, brokered by the United Nations and Turkey, making it possible to send hundreds of thousands of tonnes of Ukrainian grain to buyers.

The Brave Commander, carrying 23,000 tonnes of wheat, left for the Horn of Africa port of Djibouti with supplies destined for consumers in Ethiopia, Ukraine’s infrastructure ministry said.

“The ministry and the United Nations are working on ways to increase food supplies for the socially vulnerable sections of the African population,” it said in a statement.

World Food Programme (WFP) Executive Director David Beasley said the most important step in combating hunger globally is the opening of ports on the Black Sea, whose waters have long been dominated by Russia.

“It will take more than grain ships out of Ukraine to stop world hunger, but with Ukrainian grain back on global markets we have a chance to stop this global food crisis from spiralling even further,” he said in a statement.

The WFP’s deputy emergency co-ordinator in Ukraine, Marianne Ward, told Reuters the ship was expected to reach its destination in two weeks and the humanitarian agency had procured 60,000 metric tonnes of wheat thus far.

Further cargoes are likely to deliver food aid to countries in the Middle East and the Horn of Africa region, she said, adding that WFP was looking at all options to transport food out of Ukraine.

“While we totally focused on the Odesa ports because that is most efficient and can get out the most tonnage, we are still pursuing taking commodities out through alternative routes.”

Despite the latest developments, the world still faces an unprecedented food crisis, the WFP said, with up to 50 million people in 45 countries on the edge of famine.

Ukraine can export 3 million tonnes of grain from its ports in September and be able eventually to export 4 million tonnes a month, said Deputy Infrastructure Minister Yuriy Vaskov.

He said that Ukraine had received applications for 30 ships to come to its ports in the next two weeks to load grain while the total export volume so far was about 600,000 tonnes.

Turkey’s defence ministry said that five ships, including the Brave Commander, left Ukrainian ports on Tuesday carrying corn and wheat, as well as three from Chornomorsk and two from Pivdennyi. That lifts the total number of ships to leave under the July 22 grain deal to 21.

Four more ships bound for Ukraine were to be inspected on Tuesday by the Joint Coordination Centre (JCC) set up in Istanbul by Russia, Turkey, Ukraine and the United Nations.

The JCC said on Tuesday that it had so far approved 15 ships travelling to Ukraine to pick up grains, foodstuffs and fertilizers.

Despite the unblocking of ports, Ukraine’s grain exports are down 46% year on year at 2.65 million tonnes so far in the 2022/23 season, the agriculture ministry said this week.

Ukraine exported 948,000 tonnes of grain in the first half of August, down from 1.88 million tonnes in the same period a year earlier.

Turkey, Iran and South Korea were the destinations for 70% exports so far, it said, adding that vessels deviated from the maritime corridor on two occasions, whereupon their captains were contacted and advised to follow coordinates. 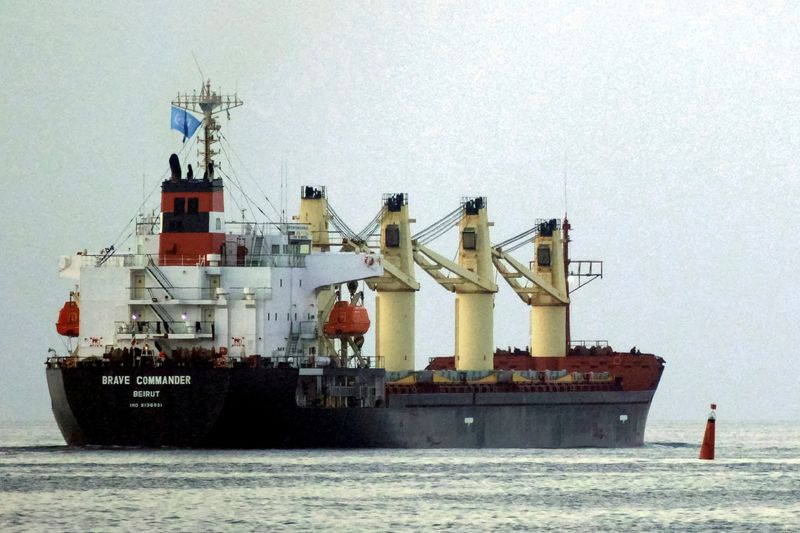 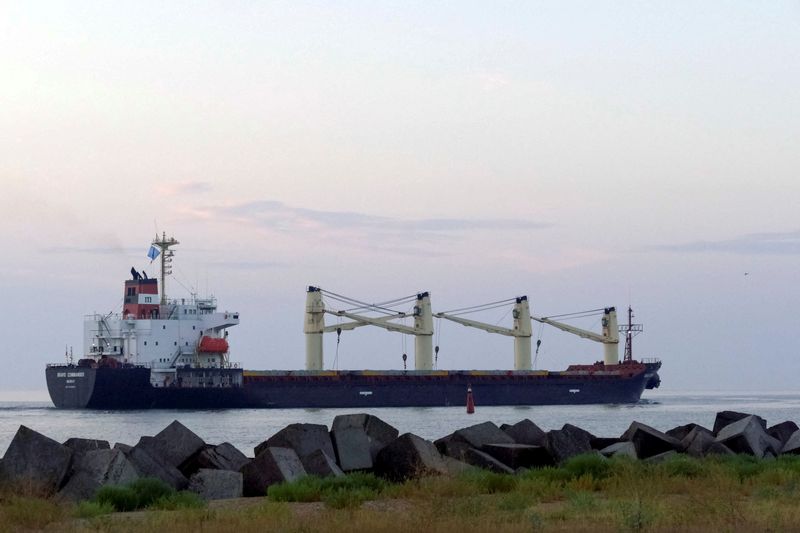