“We’re not really worried because so much of our business is driven by the supply,” Chief Executive Brian Duffy told Reuters in an interview. “But we can’t ignore that the world has a concern about economy, cost of living, inflation. It will impact consumer sentiment.”

“We’re pretty confident, but it’s appropriate that we introduce an element of caution,” Duffy added.

The Rolex retailer, which has long waiting lists for timepieces in short supply, confirmed it expects revenue in a range between 1.45 billion pounds ($1.8 billion) and 1.50 billion for its financial year through April 2023.

In the 13 weeks through July 31, group revenue rose 25% at constant currency rates to 391 million pounds, the company, which does about two thirds of its sales in Britain and one third in the United States, said in a trading update.

Duffy said the group was not facing significant inflation on its cost basis – mainly rents for stores and salaries – but brands had pushed through additional price increases this summer, on top of the 4%-5% announced earlier this year, taking the annualised rate of increase to around 7%.

He said the group’s expansion to continental Europe was going well. It recently opened a boutique in Stockholm and has more openings in Scandinavian countries planned for the coming months. 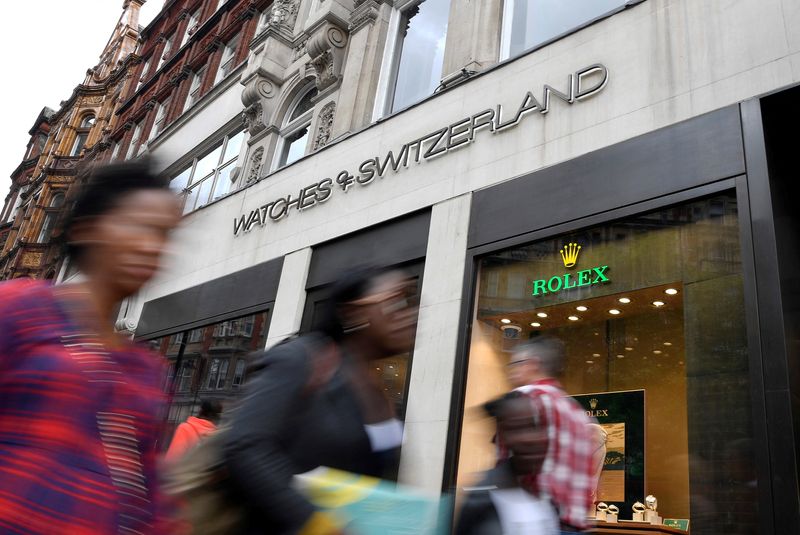