By Nandita Bose and Steve Holland

At a White House event, Biden was joined by Democratic leaders including Senator Joe Manchin of West Virginia, whose support was crucial to passage of the Inflation Reduction Act along party lines, after he blockaded much larger measures pushed by the White House.

“Joe, we never had a doubt,” Biden said of Manchin. Biden later handed Manchin the pen he used to sign the legislation.

Biden used the signing to criticize Republicans. Democrats hope to capitalize on a string of legislative victories in congressional midterm elections in November and roll out inflation act ad campaigns.

The legislation to fight climate change and lower prescription drug prices aims to cut domestic greenhouse gas emissions. It will also allow Medicare to negotiate lower drug prices for the elderly and ensure that corporations and the wealthy pay the taxes they owe.

Democrats say it will help combat inflation by reducing the federal deficit. Rating agencies and independent economists agree but say the results will take years.

Senate Majority Leader Chuck Schumer, who was also present at the bill signing, said Biden knew when to stay away from the negotiations and allow them to play out.

“He knew precisely when to step in and when to let negotiations play out. He knew when to use the bully pulpit and when to bring people together away from the spotlight. He made sure we never lost our focus on climate.”

Republicans criticized the legislation for doing little to lower prices. Senate Republican leader Mitch McConnell said the new law will have the opposite impact.

“Democrats robbed Americans last year by spending our economy into record inflation. This year, their solution is to do it a second time. The partisan bill President Biden signed into law today means higher taxes, higher energy bills, and aggressive IRS audits,” he said, referring to the Internal Revenue Service. 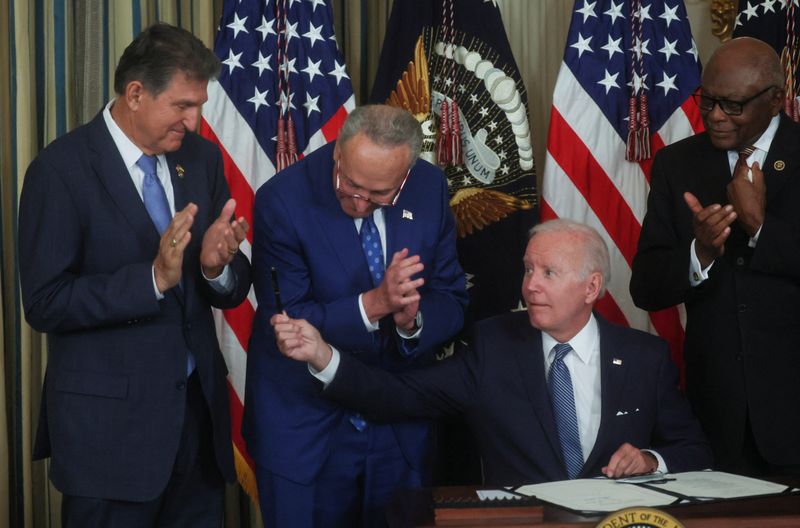 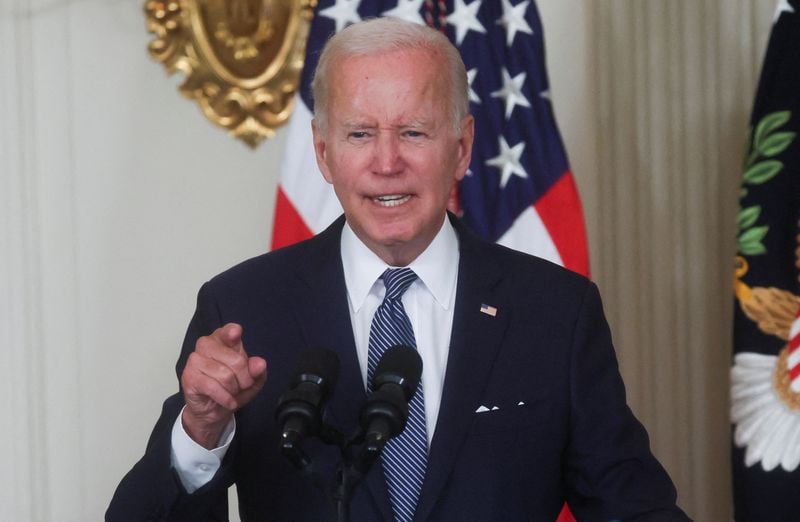 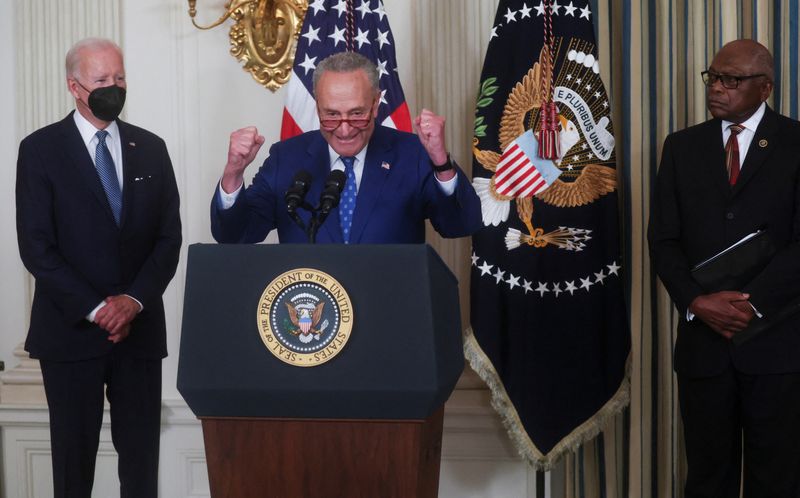 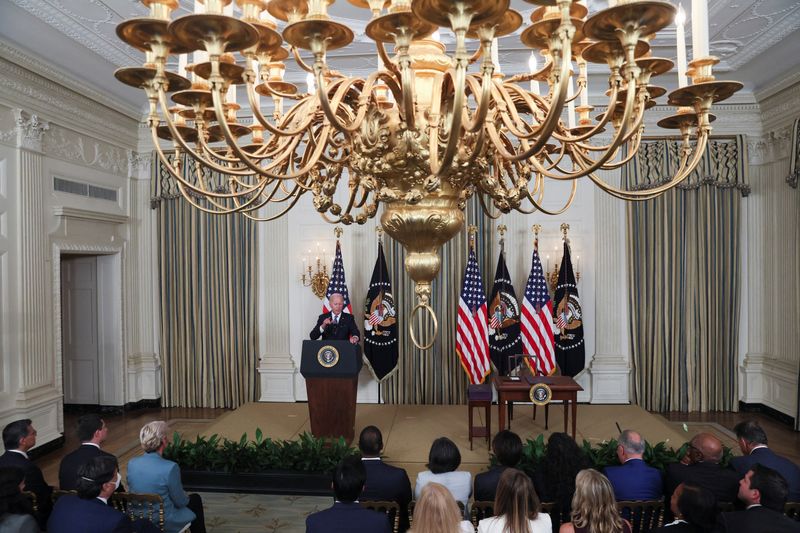