COPENHAGEN (Reuters) -Danish brewer Carlsberg said on Wednesday it had not seen rising living costs impacting beer sales, but that higher raw material prices would pressure earnings in the second half of the year.

The world’s third-biggest brewer said sales in the second quarter were boosted by the reopening of bars and restaurants in most markets.

“So far we don’t any see any impact in our figures (from rising inflation),” Chief Executive Cees ‘t Hart said in a conference call.

“When people spend less on holidays, cars or a new fridge, they are at least willing to have a premium beer at the end of the day,” he said.

The company, which also produces brands such as Kronenbourg 1664, Tuborg and Somersby, lifted its profit growth forecast last week on the back of strong performances in Europe and Asia.

The company’s volumes grew organically by 8.7% in the quarter, with sales reaching 20.51 billion Danish crowns ($2.81 billion), compared to the 21.6 billion forecast by analysts in a poll compiled by the company.

“We are now well ahead of pre-pandemic levels, however we see dark clouds on the horizon,” ‘t Hart said. We will see full effect of rising input costs in the second half of the year.”

The company expects “high single-digit-percentage” organic profit growth for the full year, much below the 32% growth it achieved in the first six months of the year.

Rival Heineken said this month that consumers bought more beer in the first half of the year despite cost of living pressures, but that it expected rising costs to squeeze profit margins next year.

Shares in Carlsberg traded 1.4% higher at 0726 GMT. The stock’s value has increased 25% since a trough in early-March.

Carlsberg, which has eight breweries and 8,400 employees in Russia, said in March it would sell its business in the country, joining an exodus of Western companies since Russia’s invasion of Ukraine.

The sale would most likely be concluded 12 months after it announced the plan to divest, ‘t Hart said.

On Wednesday, the company reported a write-down of its Russian business of 9.6 billion crowns, resulting in a net loss for the first half of the year of 5.28 billion crowns. 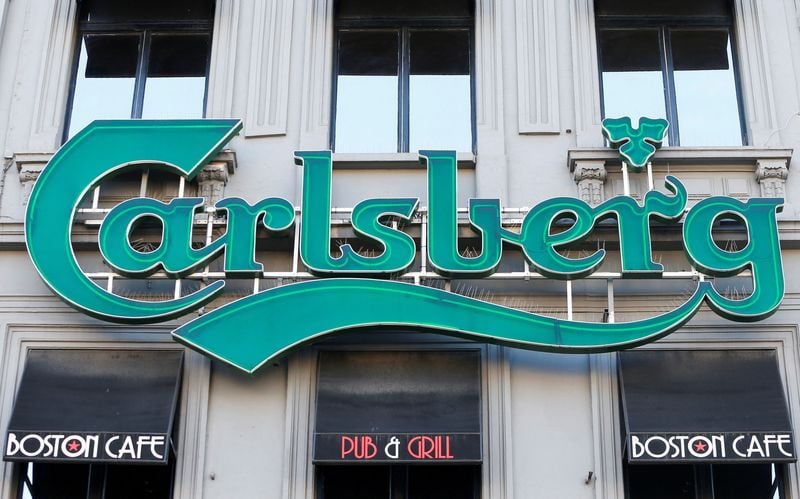