The aggressive tone of the Reserve Bank of New Zealand’s (RBNZ) statement warning of future hikes being brought forward caught some traders by surprise, lifting the local dollar and sending swap rates higher.

The RBNZ raised the official cash rate (OCR) by 50 basis points to 3.0% as expected, a level not seen since September 2015, and crucially, it now sees rates at 4.0% by early next year, compared to a previous projection of 3.7%.

Wednesday fourth straight 50-bps hike, along with earlier smaller increases that lifted the cash rate from a record low of 0.25% in October, marked the most aggressive tightening by the central bank since 1999.

“The Committee agreed that domestic inflationary pressures had increased since May and to further bring forward the timing of OCR increases,” the central bank said in a statement.

The RBNZ also increased the projected peak for the cash rate to 4.1% where it expects it to remain into 2024.

“The statement was suitably hawkish, and highlighted the need to maintain pressure on the economy to demand,” said Jarrod Kerr, chief economist at Kiwibank, which changed its OCR peak for this tightening cycle to 4%, from 3.5% previously.

Markets were quick to price in the more aggressive outlook.

“It’s hawkish compared to expectations, in both raising the OCR track and the tone,” said Imre Speizer, head of NZ Markets Strategy at Westpac.

All 23 economists polled by Reuters had expected the central bank’s policy committee to lift the cash rate by 50 basis points, but there was some division about where rates would peak and if it might need to cut them next year.

Inflation has been running at three-decade highs hitting 7.3% in the second quarter even though the RBNZ has been a front-runner among central banks in withdrawing pandemic-era stimulus.

“Committee members agreed that monetary conditions needed to continue to tighten until they are confident there is sufficient restraint on spending to bring inflation back within its 1-3% per annum target range,” the central bank said.

The RBNZ said it expects house prices, a major driver of inflation, to fall by around 20% by mid-2023 from their peak in late 2021.

“We’re seeing prices go from being well north of sustainable to being within the zone of sustainable,” RBNZ Governor Adrian Orr told a news conference.

In the first quarter, New Zealand’s economy unexpectedly contracted due to a surge in COVID-19 cases and growth is expected to be restrained over coming quarters due to tightening financial conditions.

Orr said that while growth is likely to slow he did not expect a recession, reinforcing that policymakers’ priority was on preventing inflation from getting out of hand.

“Lockdowns in some Chinese cities to combat the spread of COVID-19 has contributed to supply-chain bottlenecks and shipping times and costs remain elevated.” 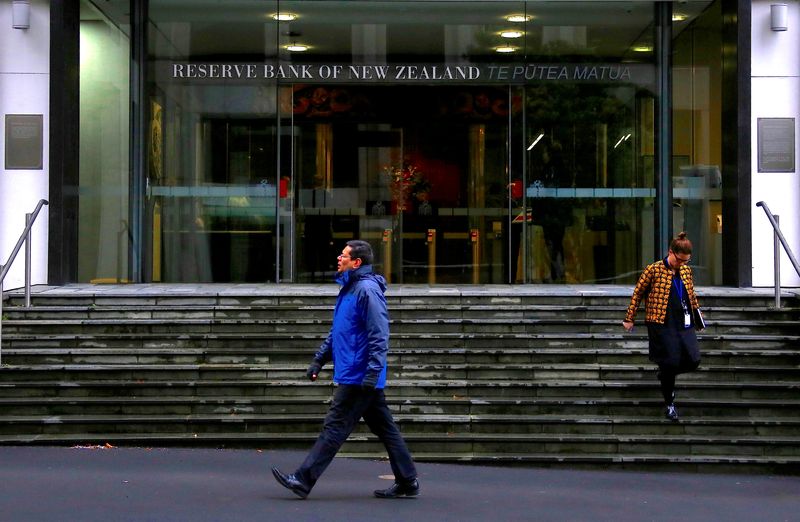