By Aleksander Solum and Ann Wang

HUALIEN, Taiwan (Reuters) – Taiwanese F-16 fighters roared into the night sky on Wednesday in a show of force in front of the media, demonstrating the military’s determination to defend the democratically governed island in the face of days of Chinese war games.

China, which claims Taiwan as its territory, has been carrying out military exercises around the island after a visit earlier this month by U.S. House of Representatives Speaker Nancy Pelosi, who was followed by five U.S. lawmakers on Sunday and Monday.

Pelosi’s visit infuriated China, which responded with test launches of ballistic missiles over Taipei for the first time, and sending warships and fighter jets close to Taiwan, though the scale of the activities has now greatly reduced.

On a government-organised trip to the key Hualien air base on Taiwan’s mountainous east coast, the first to a military facility since the Chinese exercises began, reporters watched ground crew demonstrate how they rapidly upload weapons onto F-16s, including Boeing Co’s Harpoon anti-ship missiles.

Defence ministry spokesperson Sun Li-fang told reporters at the base that while they condemned China’s actions, this was a good chance for Taiwan’s forces to hone their skills.

“We will seize this opportunity to test all the training we normally do, and through this improve our current methods and raise our combat effectiveness,” he said.

While Taiwanese fighters, including Hualien’s F-16s, have been repeatedly scrambling since early this month, the ministry has stressed Taiwan’s “calm” response and there have been no clashes.

“I won’t say there’s a lot of change but our frequency to scramble is higher and the tension is higher,” said F-16 pilot Django Lin.

Taiwan President Tsai Ing-wen has said they are not seeking to provoke or escalate tensions.

The Hualien base, which has hangers cut out of the side of a mountain, has two pilots on duty at any one time sitting in their flight suits and able to be in the air within six minutes.

The fighters on display were the Lockheed Martin Corp F-16V, Taiwan’s most up-to-date combat jet.

Taiwan has been converting 141 F-16A/B jets into the F-16V type, and has additionally ordered 66 new F-16Vs, which have new avionics, weapons and radar systems to better face down the Chinese air force, including its J-20 stealth fighters.

Taiwan’s government says that as the People’s Republic of China has never ruled the island, it has no right to claim it or decide its future, which can only be set by Taiwan’s people. 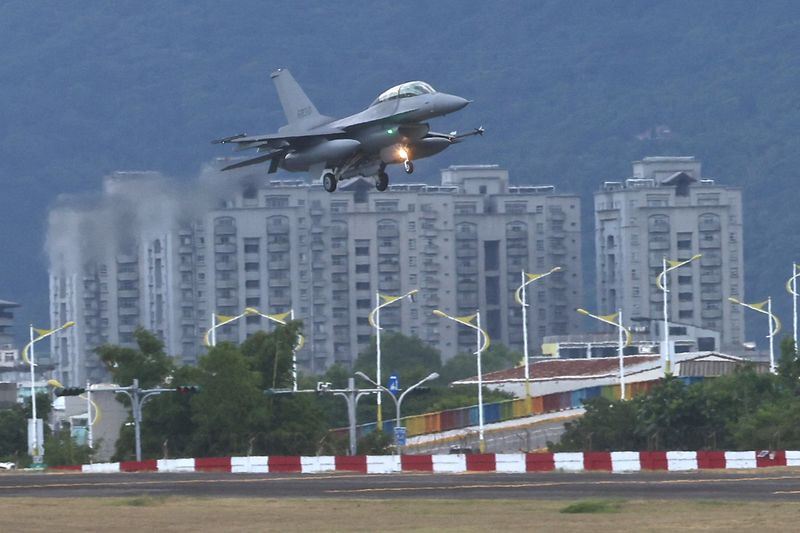 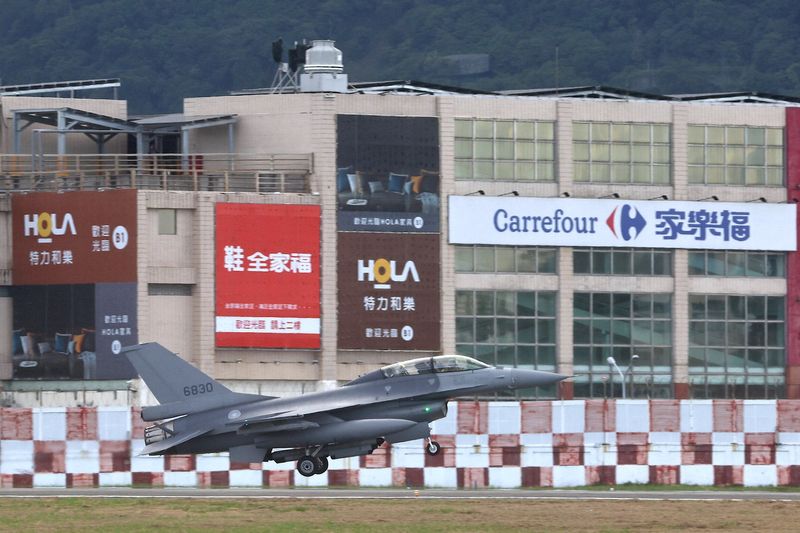 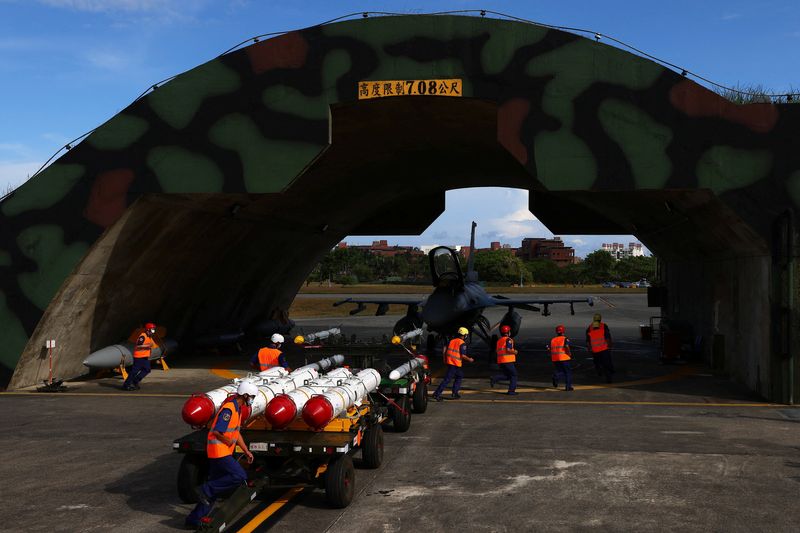