President Alberto Fernandez tapped Massa as economy minister a couple of weeks ago, making him the country’s third economic chief in barely a month, amid a severe economic slump fueled by sky-high inflation and growing street protests.

“We’re negotiating three (debt) repurchase agreement mechanisms,” Massa said during a speech at a think tank event in Buenos Aires. He noted that banks from Asia, Europe and the United States are taking part in the talks and have made offers.

“We’re proposing they unify the offers to buy back debt and strengthen our reserves,” he added, but did not elaborate.

The minister also touted “unexpected” good news on employment, announcing a 6.7% jobless rate ahead of the national statistics agency INDEC’s expected second-quarter figure next month. The ministry later confirmed that the figure Massa provided corresponds to the April-to-June period. Argentina’s unemployment rate stood at 7.0% in the first quarter.

Referring to ongoing talks with key farm sector leaders, Massa expressed hope that faster grains exports would be achieved, in another push to bring in more dollars to the central bank’s coffers, but did not go into specifics.

He said that since Wednesday, grains exporters have been speeding up pre-financing plans.

The minister, a former congressional leader from the ruling center-left Peronist coalition, plans to travel to the United States next month to meet with finance leaders at the International Monetary Fund, according to Jorge Arguello, the South American country’s ambassador to Washington, who spoke at the same event sponsored by the Council of the Americas.

In Washington, Massa will also meet with officials at the U.S. Department of the Treasury, the White House and private banks, said Arguello.

Massa’s meetings with the IMF come as the organization carries out its regularly scheduled review of Argentina’s $44 billion debt deal signed in March.

The quarterly review closes in September and is used to finalize new disbursements from the international lender.

The Argentine government is scrambling to meet foreign reserve targets set out by the IMF agreement in order to trigger some debt forgiveness. Massa held high-stakes talks last week with the powerful farm and rural sector leaders in a push to boost reserves via stalled agricultural exports. 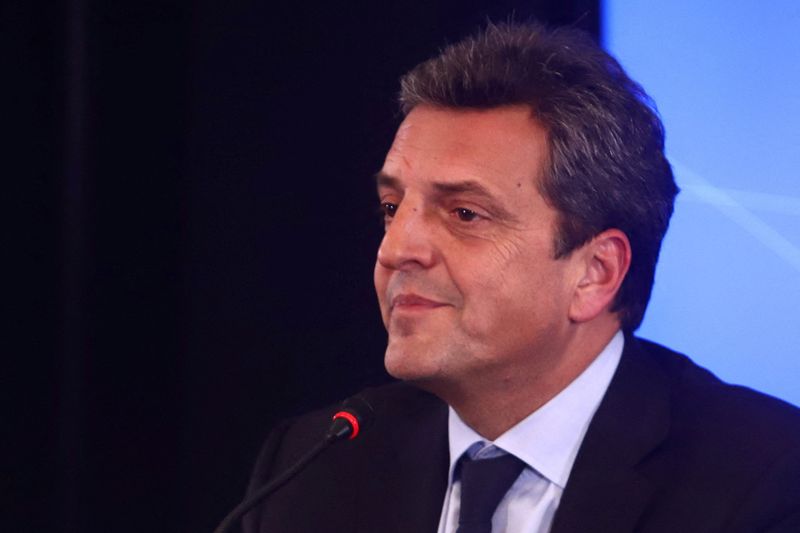