By Stefanno Sulaiman and Ananda Teresia

JAKARTA (Reuters) – Indonesia’s president on Thursday said his government was calculating how much longer it can sustain a policy of keeping fuel prices unchanged, while the central bank governor hinted at keeping rates steady at an upcoming policy review.

President Joko Widodo signalled earlier this week that the government was considering raising fuel prices. He has also repeatedly said the energy subsidy budget, which has been tripled to 502 trillion rupiah ($33.84 billion) this year, is too large.

“This is such a large figure and we must know what this is for: to hold back a steep rise in inflation,” Jokowi, as the president is popularly known, told a national coordinating meeting on inflation management.

“But can the state budget be strong enough to continue? We are calculating,” he said.

Inflation in Southeast Asia’s largest economy rose to a seven-year high of 4.94% in July, due to rising prices of food and some non-subsidised fuels.

Officials with Bank Indonesia (BI) have played down the rise in headline inflation level, saying they prefer to determine monetary policy based on the core inflation rate, which is still below 3%.

BI, one of a few Asian central banks that has not lifted rates from pandemic-era levels, is due to review its monetary policy next week.

Meanwhile, the government is confident inflation will decelerate from the July high thanks to easing prices of foodstuff like beef, chicken, sugar, shallot and chili, Jokowi’s chief economic minister, Airlangga Hartarto said, predicting a range of 4% to 4.8% for 2022.

Indonesia is also considering restricting the number of people who receive fuel subsidies, the president said in an interview with CNBC Indonesia earlier on Thursday.

Indonesians currently pay 7,650 rupiah per litre (about 52 U.S. cents) for subsidised gasoline, which authorities say is about 40% below estimated market price, while subsidised diesel is sold at 5,150 rupiah (about 35 U.S. cents) per litre, less than a third of market price. 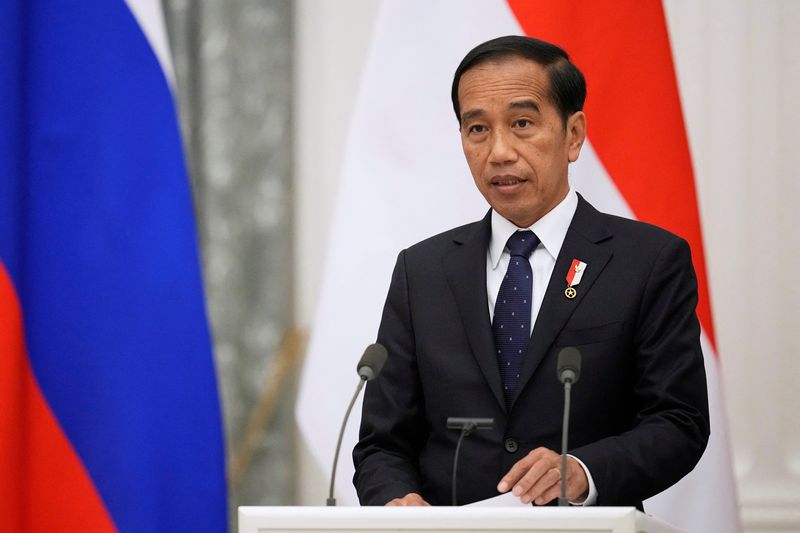