ASBURY PARK, N.J. (Reuters) – Danny Clinch has photographed or filmed many of the most famous musicians of modern times – and his decades of work are on display in Asbury Park, the New Jersey beach town made famous by Bruce Springsteen.

“We started it about five years ago,” said Clinch, 58. “It’s become a gathering place for artists in Asbury Park and musicians in Asbury and actually all over the country and people from all over the world who love music and art, and who love Bruce Springsteen, Pearl Jam, Foo Fighters, Patti Smith, all the folks that are here on the walls.”

The Grammy Award-nominated photographer and filmmaker got his start interning for famed American photographer Annie Leibovitz. He went on to photograph just about every famous musician one can think of: Bob Dylan, Tupac Shakur, Johnny Cash, Blind Melon, Phish, Green Day, Stevie Nicks, Beastie Boys, Radiohead – and the list goes on and on.

Clinch’s gallery, which was supposed to have been a temporary pop-up, is here to stay.

“We moved our business from New York City to Asbury Park,” he said. “We have family down here. We have friends here. We’re a block from the ocean.

“And I am one of the founding partners of the Sea.Hear.Now Festival, and that’s been going on for five years. We’ve had four shows. We lost one to COVID. We feel very fortunate.”

The music festival, scheduled for Sept. 17-18, will be headlined by Stevie Nicks and Green Day.

“It’s always such a great time, and we really enjoy it,” Clinch said.

He said people had come into the gallery before the upcoming festival and tried to get him to tell them who the headliners would be before they were announced. After being pressed, Clinch said, he told them he’d give them a hint.

“They’re like, ‘Yeah, yeah.’ And I said, ‘Their photographs are hanging in this room, and they are headlining the festival.’ 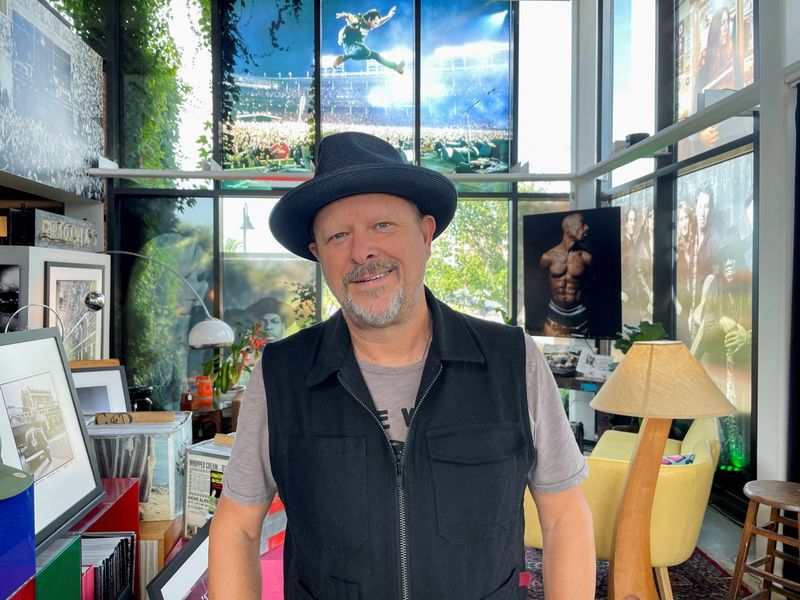